Perched high up in a bare tree in Ojai’s Soule Park sits an enormous bird. Another, larger one swoops down and perches on the branch next to it. 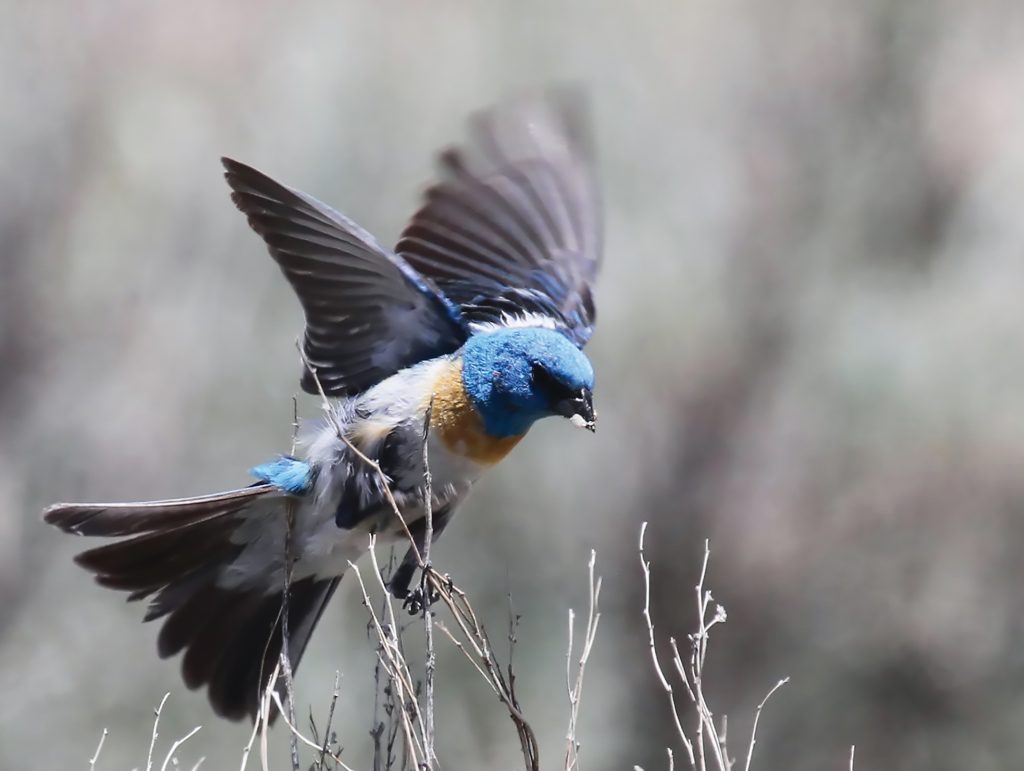 “Those are Red-tailed Hawks,” explained Linda Easter, today’s volunteer birding guide with the Ventura Audubon Society. I observe them clearly through the scope, my first time seeing these magnificent hawks in much detail.

On my first day of birding, I saw at least 15 birds, many of which I’d never heard of before: White-breasted Nuthatch, Say’s Phoebe, California Towhee, and White-crowned Sparrow, to name a few.

The trees around me are coming alive in a way I’ve never experienced. From nearly two decades of living in Ojai, the symphony of tweets to which my ears have become accustomed meant I missed out on the avian diversity around me. As a matter of fact, several portions of the tri-counties — San Luis Obispo, Santa Barbara, and Ventura — ranked near the top for regions north of the U.S.-Mexican Border, with 150 or more bird species for Audubon’s annual Christmas bird count. 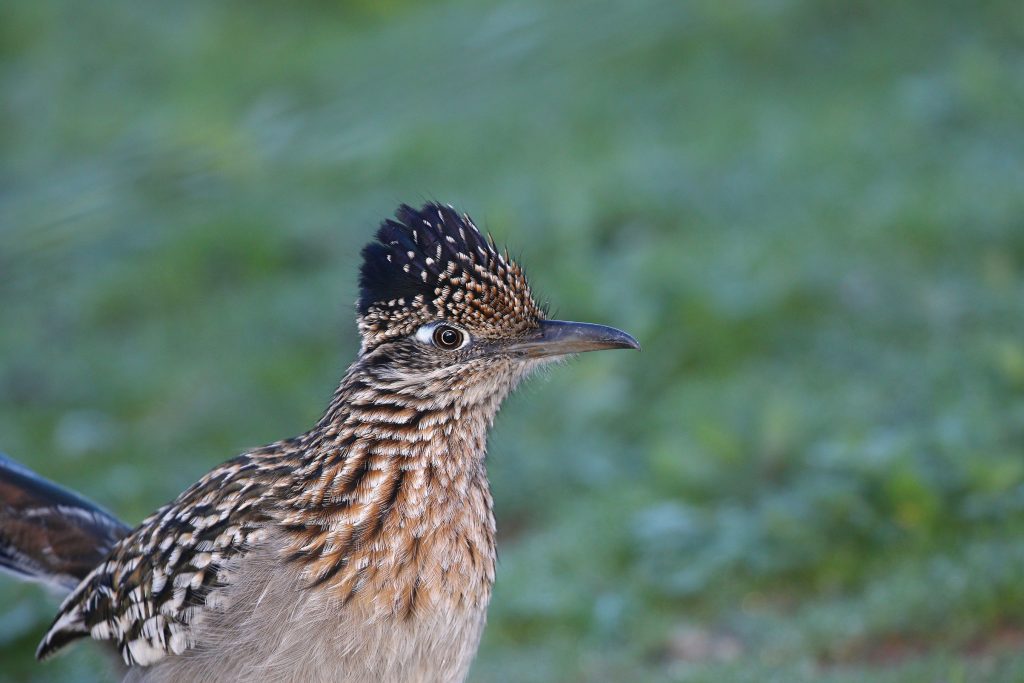 Burgeoning with outdoor spaces and beautiful weather year-round, Central and Southern California are particularly ideal for first-time and seasoned birders alike to bust out their binoculars and bird identification books for a fun afternoon. Quality bird books and apps include The National Geographic Field Guide to the Birds of North America, iBird Pro Birds North America, and Sibley eGuide to Birds.

Jesse Grantham retired from the National Audubon Society and the U.S. Fish and Wildlife Service, uses the applications when in the field and references the book when he returns home. The apps contain actual photographs, calls and song recordings, and extensive descriptions of the birds — all while weighing significantly less than a full-sized field guide. 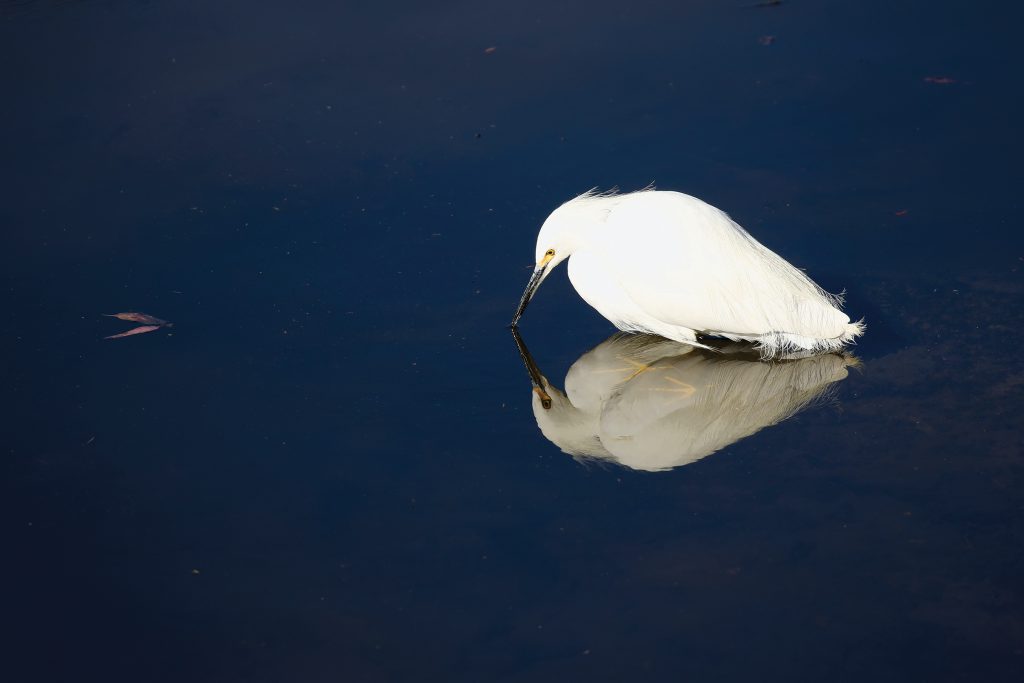 Instead of leafing through hundreds of pages trying to identify a bird before it takes off, Grantham recommends first-time birders join a local Audubon field trip to glean important field marks and other relevant facts from local birders. As I did on my first excursion, you will find your fellow birders welcoming and helpful, sharing with you not only their birding stories but also recommendations for your visit.

It’ll be an adventure worth tweeting about!

Several wildlife organizations, including The Audubon Society, offer free field trips in the Ventura, Santa Barbara, and San Luis Obispo areas about once a week. Whether you decide to take a tour or hike a trail solo with binoculars, spring is the ultimate time to explore California’s natural wonders. Spring is bird mating season, and the Pacific Flyway migration northward is at their zenith.

San Luis Obispo County spans a wide breadth of ecosystems from the Carrizo Plain National Monument in the east to the coastal Morro Bay, both of which the Audubon Society counts as “Important Bird Areas.” The natural habitat of these two popular areas remains relatively unaltered, providing paragons of birdwatching locations in a county replete with natural wonders.

Kaaren Perry, Education and Outreach Chairperson for the Morro Coast Audubon Society, suggests that visitors come to bird in Morro Bay in the fall and winter months. Waterfowl and shorebirds migrate south mainly in fall, arriving here from their northern breeding grounds. Then they spend the winter months in Morro Bay and other similar habitats, feeding in the productive shallows and wetland environments.

With respect to hot spots in terms of the number of observed species, Oso Flaco Lake, specifically the parking area for the dunes, and the Oceano Campground of Pismo State Beach, rank the highest with more than 260 birds seen at both sites. But that’s a fraction of the 464 distinct species in SLO County.

The Morro Coast Audubon Society, which serves SLO County, offers a multitude of resources for visitors and locals looking to birdwatch within the county. Directions and maps to dozens of birding sites and lists of birds seen in the county can be found at morrocoastaudubon.org.

Between SLO and Ventura Counties, Santa Barbara offers some stunning birding views along waterways and shorelines.

Alexandra Loos, Publicity Chair of Santa Barbara Audubon Society, advocates that visitors combine pleasures like photography, beach lounging, and bird watching. A visit to Goleta Beach County Park and Goleta Slough, for instance, provides the opportunity to walk along the beach and see perhaps dozens of bird species feeding in the water.

The Santa Barbara Audubon Society offers field trips and bird walks, sometimes even in locations that are not usually open to the public. For tips and resources, visit santabarbaraaudubon.org for resources. For a list of birding locations in the county that includes directions, noteworthy birds, and other visual rewards, visit sbcobirding.com/southcoast.html.

In addition to birdwatching, the Santa Ynez Valley houses a particularly emu-sing surprise called OstrichLand USA. Per its name, this tourist destination possesses 53 ostriches and 53 emus that are trained to eat from a bowl or dustbin. In the spring, you can even buy ostrich eggs for $50 and emu eggs for $36. You can cook them like a chicken egg but expect to double the time. Beware: do not attempt to pet the birds, even though their luscious feathers are tempting!

Ventura is considered the most desirable place to live in the United States thanks to its scenery and climate. The same rugged mountains and blue waters that draw people from across the world to Ventura County also attract around 475 bird species.

Different birds have adapted to specific habitats. While the American Avocet resides at the Santa Clara River Estuary and won’t travel to the Golden Eagle’s savanna territory of Cañada Larga Road, you can! Ventura County contains more than 30 coastal and inland birding sites. Ormond Beach is especially active in the spring when it hosts over 200 migratory bird species, and serves as the breeding grounds for the endangered California Least Tern and the threatened Western Snowy Plover.

Interestingly, one of the best spots to see birds in the county is manmade, said Frank DeMartino of Ventura’s Wild Birds Unlimited. The 20-acre site includes three ponds full of treated water discharged from an adjacent wastewater plant, and more than 240 bird species have been found at this location alone.

For an escape into nature, the Channel Islands National Park and Los Padres National Forest offer hiking trails and campsites ideal for the birder who seeks an immersive experience. The National Park Service recommends Santa Cruz, Santa Rosa, and San Miguel Islands for shorebird viewing. Most of the birds are shared between the islands and the mainland, with only the Island Scrub-Jay endemic at a species level on Santa Cruz Island.

Check conejovalleyaudubon.org and venturaaudubon.org for resources and special tours of these sites. Or, plan a solo island trip with Island Packers: islandpackers.com

I’ve driven past or heard of most of the optimal birding locations that enthusiasts recommended to me but had never explored them. This article was a new inspiration to slow down, get off the freeway, and explore the incredible habitats that lay within just a few hours’ drives from home.

I can now identify the bird calls outside my home as a California Scrub-Jay. My avian neighbors are no longer strangers, and I hope it can be the same for you.

Proper Care for an Impaired Bird

In your outdoor adventures, you may encounter a seemingly injured or orphaned bird. Your first instinct may be to independently help it and/or consult the Internet. However, as Kimberly Perez, president of Pacific Wildlife Care, explained, often that information is out-of-date, inadequate, and not species-specific. As a result, the birds, especially chicks, that people try to recuperate at home before being brought to a wildlife rehabilitation center are often malnourished and ill.
When you see a feathered fledgling on the ground, it’s probably not orphaned but rather is learning to fly or waiting for a parent to deliver it food. When a person raises a fledgling rather than with its own species, it does not learn proper behavior for survival but rather becomes dependent on a human early on in life. This is the most preventable human-caused injury, according to Kimberly Stroud, executive director of the Ojai Raptor Center.

Because people frequently misunderstand bird behavior, experts said it is best to either leave the bird alone or call the hotline of a local wildlife rehabilitation organization. Phone numbers are available either by a Google search of “wildlife rehabilitation center” followed by the county name or through California’s Fish & Wildlife webpage: wildlife.ca.gov/Conservation/Laboratories/Wildlife-Investigations/Rehab/Facilities.