Watch tennis legends bloom amongst the oaks in the Ojai Valley

With Pac-12 finals and a hefty Open prize purse, The Ojai promises thrills (and tea?) 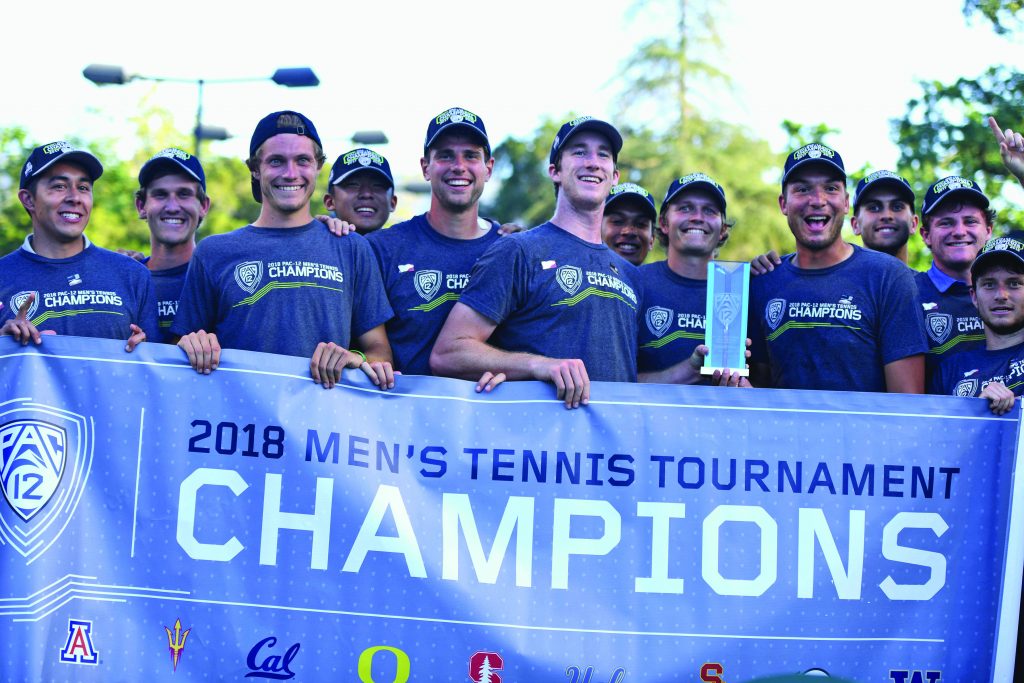 Photo by Holly Roberts
UCLA men’s tennis took the 2018 championship over USC. They’ll defend their title April 24 to 27 this year.

There’s the moment early on Tuesday morning during tournament week, when Libbey Park remains quiet as some of the 750 volunteers begin their preparations — just like they’ve done for almost 125 years.

There is a moment around 4 pm on the final Saturday of April when the park is bustling and you can feel the electricity as the final two remaining Pac-12 teams conclude their warm-ups, and the fans settle into the bleachers.

But perhaps the biggest moments are those that live within the minds of every spectator, as they begin to realize that the players on the court — Arthur Ashe, Billy Jean King, Tracy Austin, Jack Kramer, Pete Sampras — are destined for greatness. 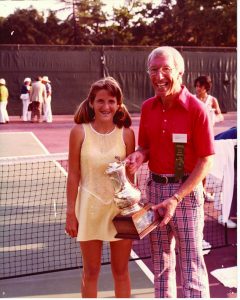 Photo courtesy of the Ojai Tennis Tournament
Tennis luminary Tracy Austin celebrates her first win at The Ojai with Ojai’s Alan Rains. Decades later, she returned to Ojai to reunite with her old pals.

Over the decades, fans of The Ojai have gotten to watch more than 90 eventual Grand Slam winners play on these historic courts in the heart of Ojai Valley.

Seeing these legends as they approach stardom makes The Ojai among California’s most thrilling sporting events.

There will no doubt be similar dramatic moments at the 119th Ojai Tennis Tournament, set for April 24 to 28. Headquartered at Libbey Park in downtown Ojai, the event serves as the final showdown for the Pac-12 college teams. But The Ojai takes over dozens of courts across the Ojai area. With a total of 27 events — including an Open, Division III finals, community college finals, regional high school finals, and junior finals — it requires the use of courts at the Ojai Valley Inn & Spa, Ojai Valley Athletic Club, and Weil Tennis Academy, as well as private Ojai residences and other sites in West Ventura County.

For the second year in a row, the top finishers in both the Men’s and Women’s Open division will receive equal prize money. This year’s prize money payout is $30,200, all of which is donated by longtime Ojai resident Mike Taggart.

To help fans keep track of all the activity, the Ojai Valley Tennis Club has created a revamped website: theojai.net. It’ll include continuously updated tournament news, draws, and results. Fans can also follow all the action on The Ojai’s Twitter (@TheOjai), Facebook (OjaiTennisTournament) and Instagram (@OjaiTennis) accounts.

“We want The Ojai to not only be about the great tennis played on the courts, but we also hope to create a great fan experience for both our longtime supporters and those who are visiting the tournament for the first time,” said The Ojai’s Executive Director, Katrina Rice Schmidt.

Photo courtesy of the Ojai Tennis Tournament
Arthur Ashe, Billie Jean King, and Stan Smith are among the legends who won at The Ojai and went on to win Grand Slams.

The Ojai is all about mixing technology and tradition. So while you’re checking out the latest results from the Men’s Open, stop by the Tea Tent. A tradition that began in 1904, the Tea Tent serves complimentary tea poured from silver urns into delicate china cups. Since the 1930s, they’ve also offered freshly-squeezed orange juice, sourced from fruit grown in the Ojai Valley. And don’t forget about the cookies!

Two Pac-12 coaches who competed at The Ojai and won collegiate titles for their respective schools — Billy Martin of UCLA, and Stanford’s Paul Goldstein — consider The Ojai to be among the best venues for tennis.

“The beautiful trees, the tea, the orange juice, it can’t be replicated too many places,” Martin said. “Maybe Wimbledon, with its strawberries and cream.” 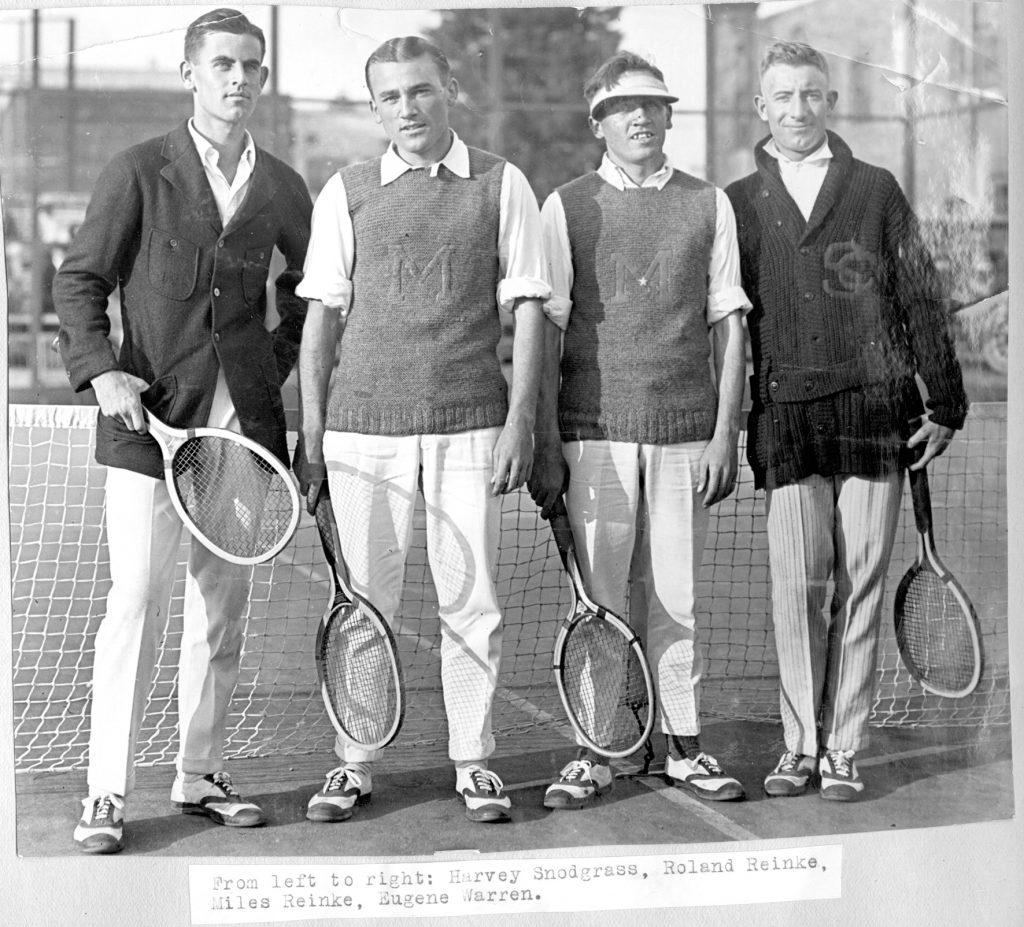 Added Goldstein, “It’s not only about just the Pac-12 Championships, but it’s also this whole tennis festival. What this place has built and meant to the community, for more than 120 years, is bigger than any one of us who are coming through any one of these years.”

Founder of the Weil Tennis Academy, Mark Weil, calls The Ojai the “most unique tennis tournament in the world.” Weil, who also serves as the Ojai Valley Tennis Club vice president, added, “Tennis is really in the roots of this town. It’s really in the foundation. The excitement, the spirit. It’s like nothing you’ll experience anywhere else.”

For tickets, draws, history and more, check out theojai.net.