Soak up the Suds

No matter where you are  on the Central Coast, there’s a killer craft brewery in your area.  Here are some of our regional favorites: The state of California is arguably the cradle of the U.S. economy’s current craft beer phenomenon. That’s particularly true if you trace that phenomenon’s beginnings to 1965, the year in which Frederick Maytag bought and refurbished the faltering Anchor Brewing Co. in San Francisco. To be sure, the subsequent industry growth was slow for a couple of decades. Anchor’s example was followed by the Sonoma-based New Albion Brewery in 1977, and the Sierra Nevada Brewing Co. which set up shop in Chico about three years later. By 1990, according to the California Craft Brewers Association (CCBA), fewer than 70 microbreweries were operating in the state.

No fewer than 45 locally produced craft brews can be enjoyed in California 101 country — the counties of Ventura, Santa Barbara, and San Luis Obispo. These range from the widely distributed ales of the Firestone Walker Brewing Co., brewed in Paso Robles, to the elusive, though no less palatable offerings of Ventura County’s Smoke Mountain Brewery (smokemtn.com), available through beer club membership only.
It’s with great pride, then, we invite you to have a look around and try a tasting or two. And here’s a partial list to help you along your way. 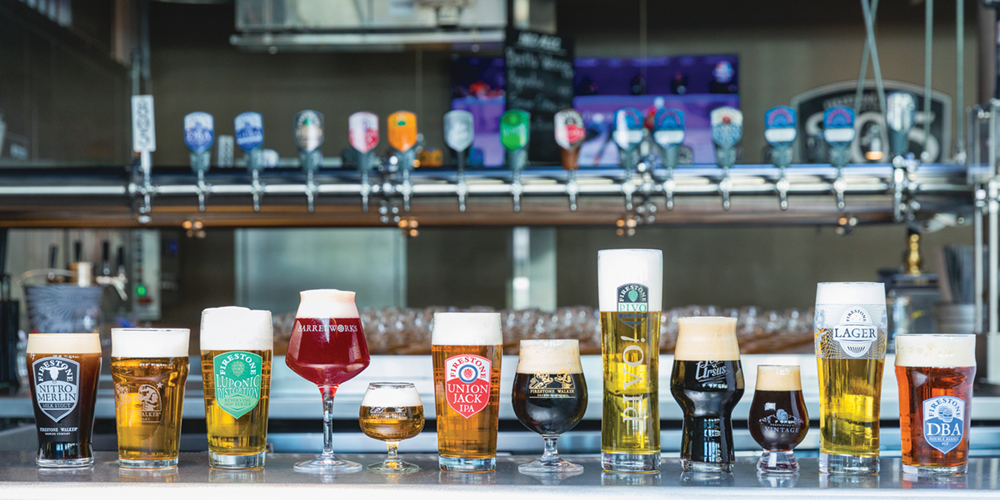 Founded in 1996, Firestone is now one of the largest craft breweries in California and, for that matter, the United States. The rich flavors of its brews are attributed to an early, relatively unique system of fermentation in oak barrels. Firestone beers are served and sold practically everywhere. If you want to tour the brewery, it’s in Paso Robles — right off the 101 (reservations are recommended). 1400 Ramada Dr., Paso Robles  (805) 225-591, firestonebeer.com 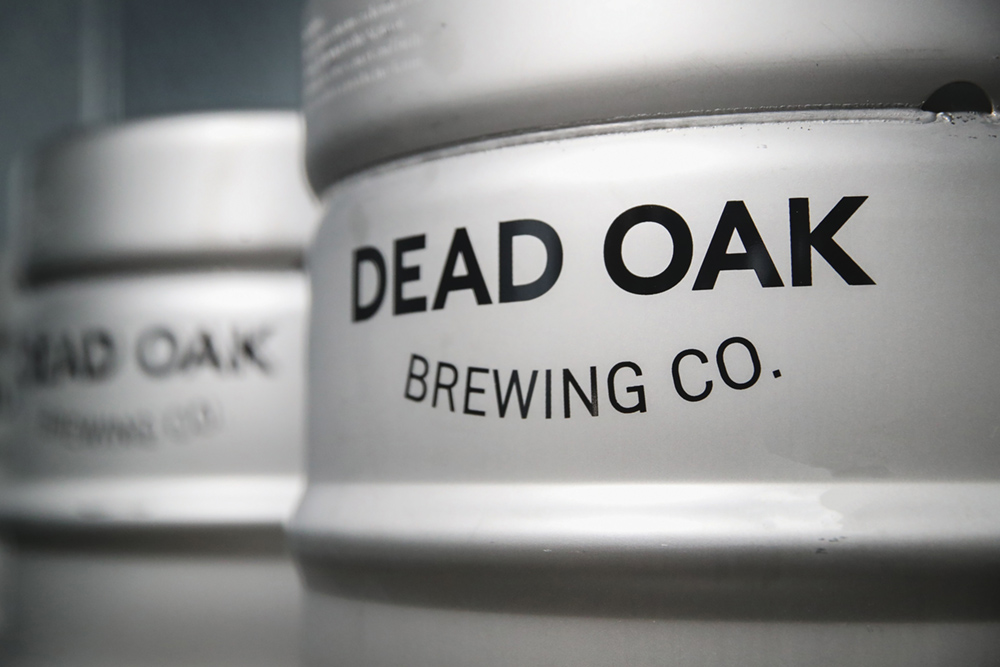 Regular evenings of bingo, board games, and live music are all a part of Dead Oak’s down-home taproom, just around the corner from the pleasant Sunken Gardens of Atascadero. Oh, yes, there’s great beer, too — including rich Belgian and Bavarian-style ales, tangy IPAs, and the ever-popular refreshing Dead Oak Light. 5925 Entrada Ave., Atascadero,  (805) 464-2710, deadoakbrewing.com

Silva Brewing offers a variety of small batch ales, seasonals, sours, porters, and stouts prepared by a husband-and-wife team of brewers. From a menu of 20 different blends, the tasting room offers 11 on tap as well as a complete selection for sale in growlers, crowlers, bottles, and kegs. Pick your poison! 525 Pine St., Ste. B, Paso Robles ,(805) 369-2337 (369-BEER), silvabrewing.com

The brainchild of two longtime winemakers, Tin City Cider ferments the finest of California apples with an assortment of exotic accents. The pineapple-flavored Parrothead will appeal to all Jimmy Buffet fans, while the aptly named Bunny Lebowski imbues the glass with a heady blend of pear, nectar, and malt. 3005 Limestone Way, Paso Robles , (805) 293-6349, tincitycider.com

A family-owned and operated microbrewery, Bittersweet has made its way from garage batches to a full-blown brewery and tasting room over the course of the past decade. Firmly rooted in the Central Coast, the company’s blonde ales, IPAs, weizens, and stouts make use of local ingredients whenever possible. 191 S Oak Park Blvd., Ste. 3, Grover Beach , (805) 947-3339, bittersweetbrewing.com

If you thought the fine art of beekeeping boiled down to little more than a lot of cross-pollination and honey, well, think again. It also boils down to mead, a venerable beverage with its roots in time immemorial. And you can sip a beaker of it today — or any of a fine line of ciders and kombuchas — at The Apiary.  4191 Carpinteria Ave. #10, Carpinteria , (805) 684-6216, theapiary.co

Founded in Buellton less than a decade ago, “Fig Mountain” is one of the truly notable craft beer success stories, boasting taprooms in Santa Barbara, Los Olivos, Arroyo Grande, Buellton, Santa Maria, and Westlake Village, along with a range of distribution now covering most of California and parts of Arizona. The Figueroa brews cover an equally impressive spectrum of just about anything you could look for in a great glass of beer. Check the website for their full list of taprooms. 45 Industrial Way, Buellton , (805) 694-2252 x110, figmtnbrew.com

Some breweries have names you just can’t resist. Night Lizard fits that category pretty well, but its beers are downright irresistible, too. Not only that, but the company is committed to saving the planet “one beer at a time,” steering 10 percent of the brewery’s proceeds to conservation programs. Sometimes, you just gotta step up and do your part!  607 State St., Santa Barbara , (805) 770-2956 nightlizardbrewingcompany.com

The city of Solvang’s Danish heritage is abundantly evident in its architecture, pastries, celebrations, museums and, not least, its beer — for which the Solvang Brewing Co.’s Great Dane Pale Ale and Valhalla IPA set the standard. These brews can be enjoyed at the company’s restaurant locations in Solvang and Lompoc, the latter being the site of the main brewery, which you can tour. 1547 Mission St., Solvang , (805) 688-2337 (688-BEER), solvangbrewing.com

Lagers, blondes, sours, and stouts figure among the refreshing fare at Naughty Oak’s brewery and taproom. The Gold Digger lemon sour, in fact, might be the perfect accent for any summer afternoon in the gentle, rolling landscape north of Point Conception. Or maybe it’s the Staycation blonde ale with a touch of mango. 165 Broadway St. #102, Orcutt (805) 287-9663 naughtyoak.com 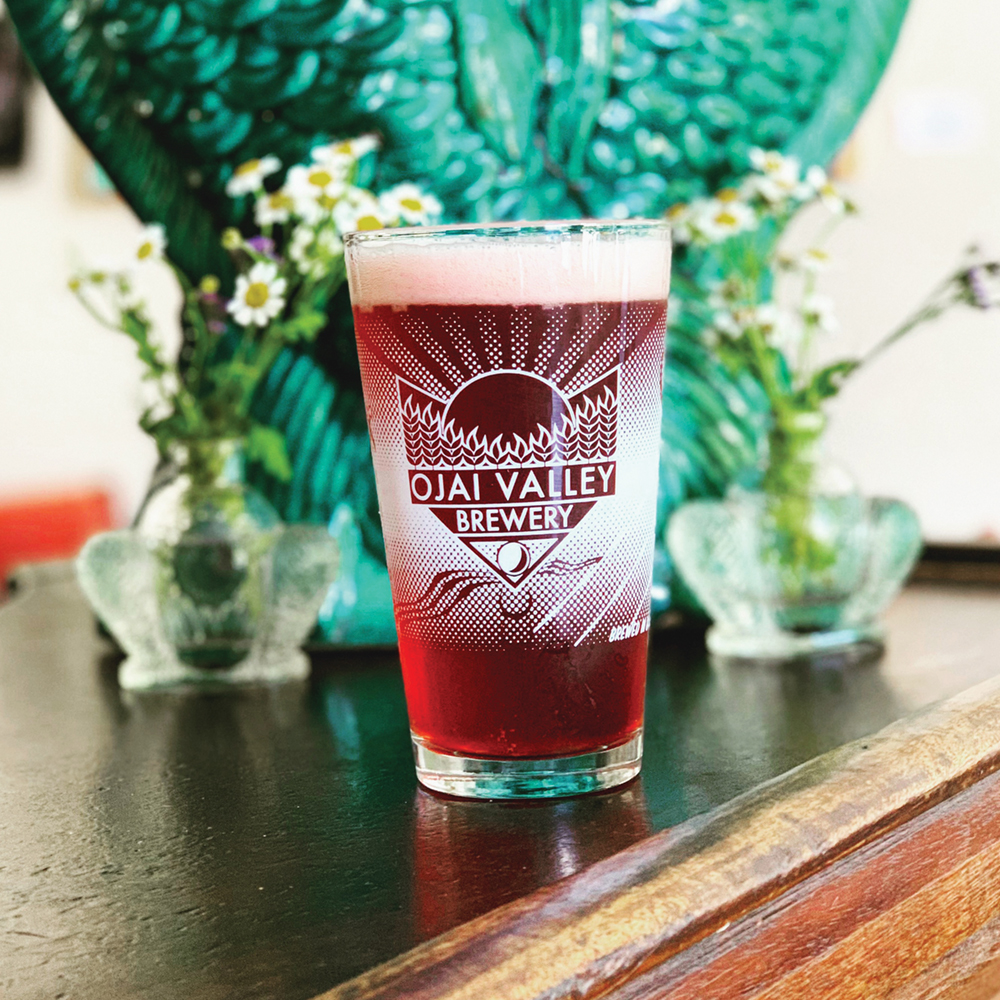 If you happen to be in the vicinity of Ojai on a hot summer day, nothing quite cuts the dust like a cold glass of the hometown Ojai Valley Brewery’s sagebrush-seasoned Chaparral Ale. You’ll find the official taproom inside Azu Restaurant. 457 E Ojai Ave., Ojai,  (805) 640-7987, ojaivalleybrewery.com 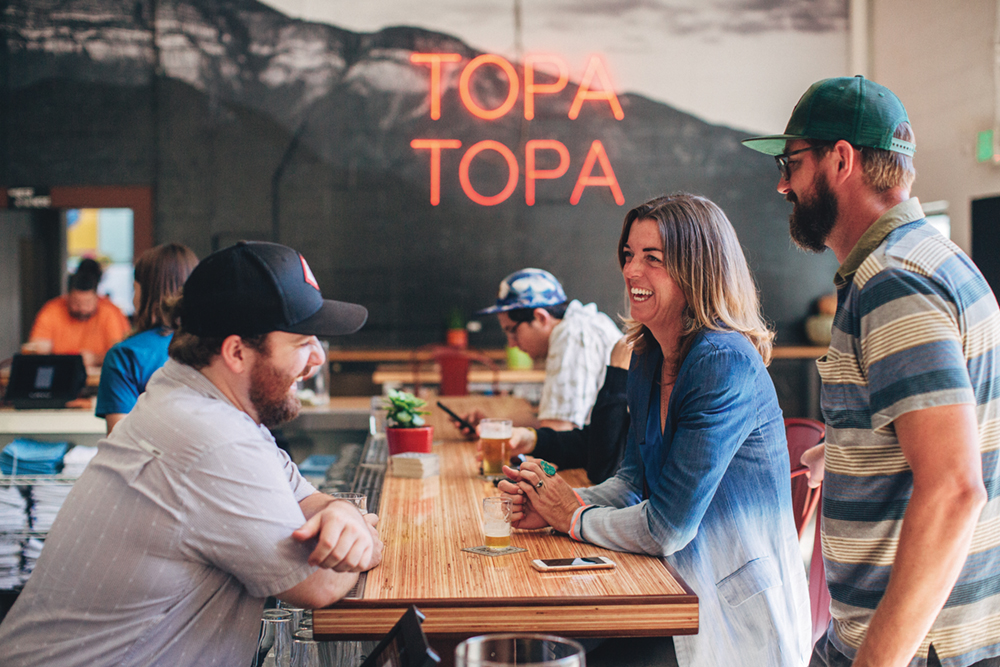 From its Level Line pale ale to its Tux nitro milk stout, Topa Topa brews some of the most memorable pints ever pulled in the region. IPA fans will be hard-pressed to top their Chief Peak.
Based in Ventura at 104 E. Thompson Blvd., the brewery has additional taprooms in Ojai (345 E Ojai Ave.) and Santa Barbara (120 Santa Barbara St.),  (805) 628-9255, topatopa.beer

Specialty Ales  From delicate to robust, this brewery’s boutique blends reflect the local flavors of citrus and berries as well as far-flung touches of coffees and exotic hops. Food trucks are onsite intermittently, and the dog-friendly tasting room is open throughout the week. Check the website for hours. 701 N Del Norte Blvd., Oxnard,  (805) 485-1454, casaagria.com

Whether you go for the fine-drawn helles lager (The Lightest One) or the heavyweight smoked bockbier (The Big Meat), the palette at Enegren is distinctly German. Served in more than 50 restaurants and brewpubs from Los Angeles to Santa Barbara, the brewery features an onsite tasting room, too. 444 Zachary St. #120, Moorpark , (805) 552-0602, enegrenbrewing.com

Red Tandem’s cozy and inviting tasting room features high ceilings, corrugated tin accents, and bright red bar stools in a nod to its name. But perhaps its best bit of decor is the smell of the ocean, which is just a block away.
There are craft breweries and microbreweries … and now, there are nano-breweries. Red Tandem Brewery is one of the latter, with just seven ales brewed onsite. But though they be small, they sure be mighty — their Double C-Hag Imperial IPA won first place in the 2017 Surf N Suds in Carpinteria. As they say, “this is a serious 10 percent beer,” featuring almost every commercially-available hop that starts with the letter C (and a few others like Warrior and Amarillo, for good measure). 1009 Harbor Blvd., Oxnard Shores,  (805) 832-4023, oxnardbrewery.com 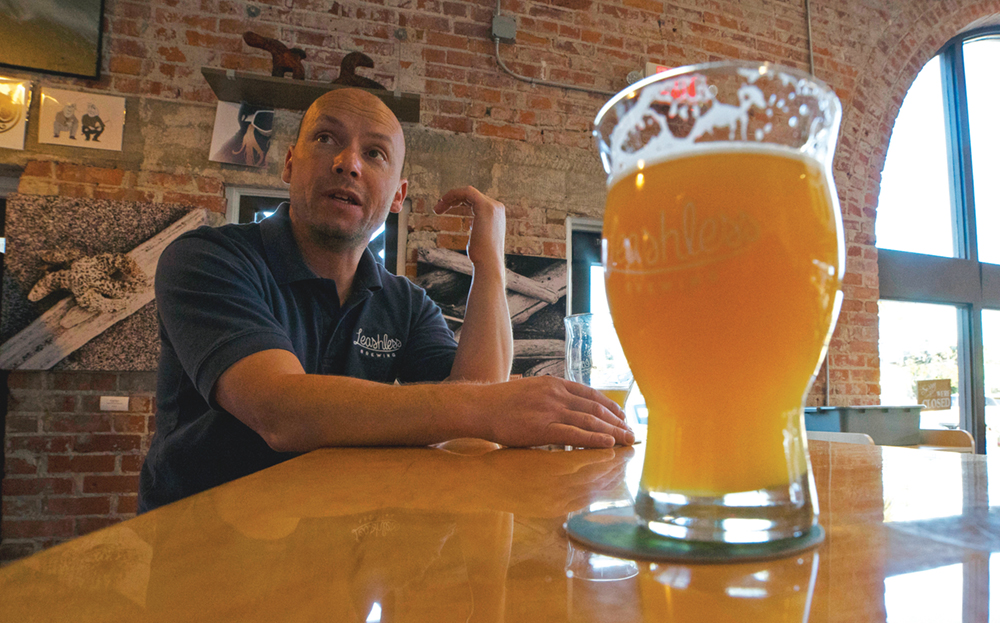 Leashless Brewing is quintessentially California. This organic brewery is just steps from the beach. (Literally — it’s one block from the sand!) Owner John Gonzales grew up in Carpinteria, where he spent many long days surfing and scuba diving. Leashless combines his love of the environment with his passion for eating organic … and, of course, his love of beer! With organic grains, yeast, and hops, John and his team have a deep dedication for brewing natural and GMO-free. Their tasting room follows similar standards: it is bike-friendly, totally Styrofoam-free, and smoking (even vaping) is not allowed on the property or in the parking lot. Dogs, however, are welcome!  585 E Thompson Blvd., Ventura , (805) 628-9474, leashlessbrewing.com