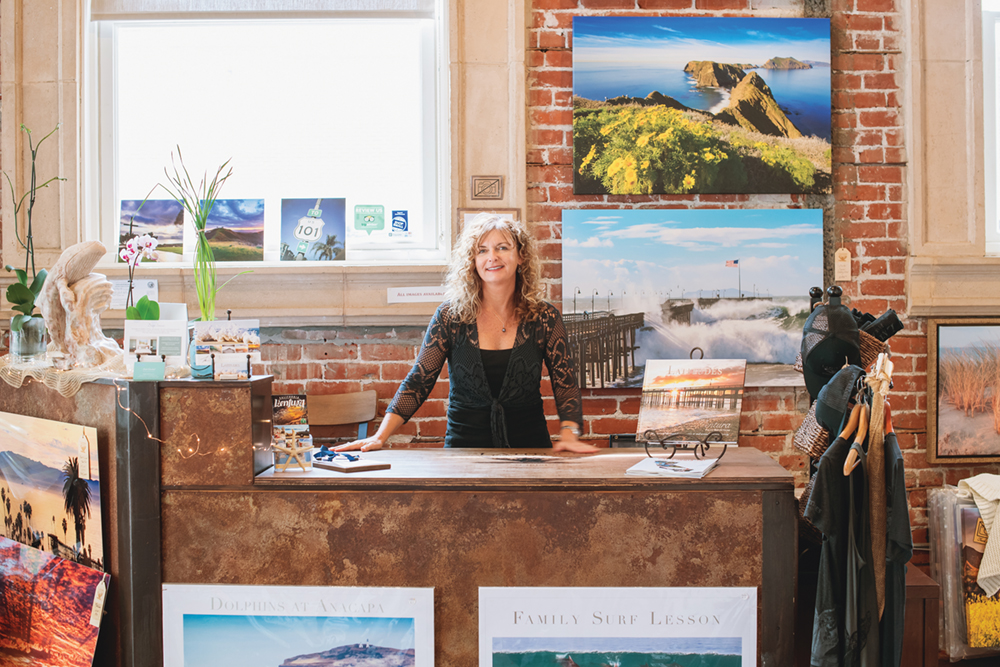 In 2012, photographer Stephanie Hogue founded Latitudes Fine Art Gallery where she showcases her work, as well as the work of her partner, self-taught marine and wildlife photographer Steve Munch. Steve lives in Hawaii and runs their sister-gallery, while Stephanie takes care of their space in Ventura, which acts as the main hub for their business. Both photographers focus on the natural beauty that surrounds them in both Ventura and Hawaii. 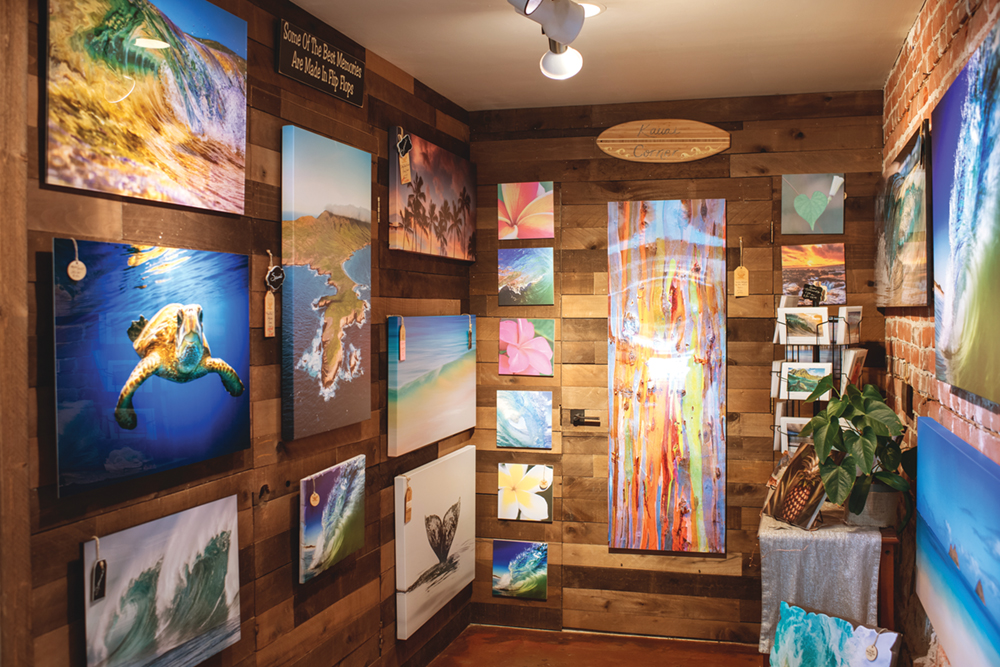 Whether you want to fill a big wall with a triptych, or only have room in your suitcase for a small souvenir, Latitudes has a variety of sizes and options for you to take home a piece of life on the Pacific Coast.

Stephanie, who is originally from Texas, came to California to attend Brooks Institute in Santa Barbara. She decided that the California weather was just too good to leave. Steve grew up in Ventura. The two met after Stephanie’s graduation and became friends. Stephanie shares, “We were inspired by each other’s work, and discovered that we both were feeling a little burned out. I was working as a wedding photographer and Steve was shooting race cars. We pushed each other to show our work at a festival, and from that a lasting friendship developed, full of (mutual) encouragement. We make each other better.” 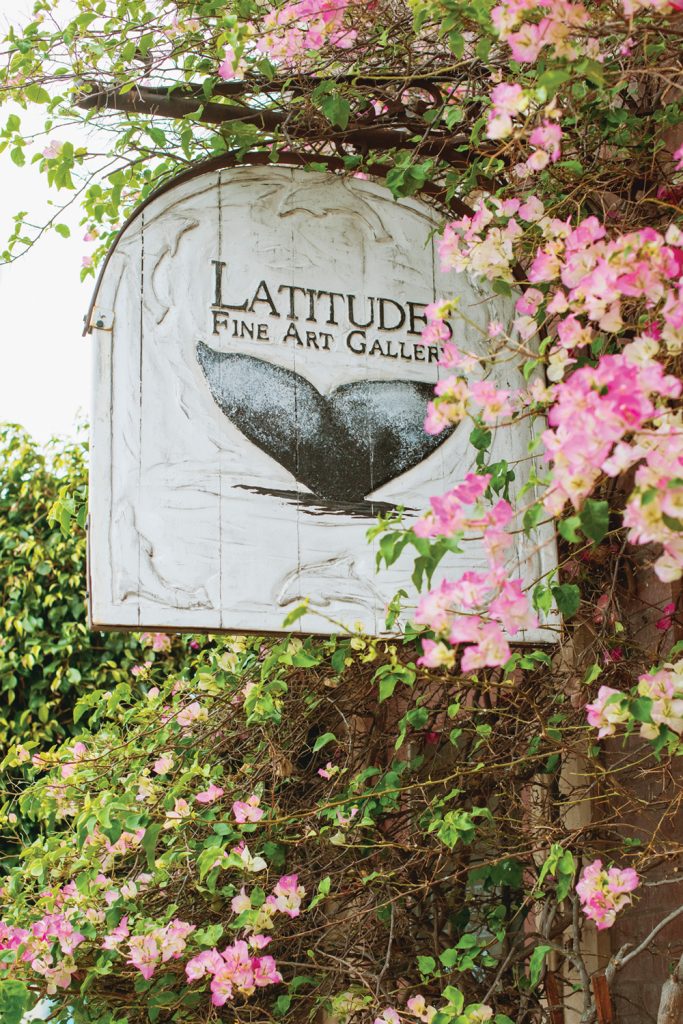 Stephanie adds, “We have the love of nature photography in common and also the passion to share the beauty of where we live with others.”

Even when living in different states, the two often come together to shoot. Stephanie recalls a time when they planned to capture a specific image they had in mind, of dolphins racing the wake of a large tanker ship. Stephanie and Steve were in their small boat when finally it happened. A tanker ship was in sight, and the couple raced after it in hopes of spotting dolphins. Luck was on their side; coming through the air was a small, young dolphin, zipping alongside the ship. “Often when we are shooting, time is of the essence, so we take turns manning our boat and shooting. We hand the cameras back and forth and in the flurry to capture the moment sometimes we are not quite sure who will have taken the final shot we choose,” Stephanie explains. “This shot in particular felt so serendipitous because the name of the tanker was Champion! In the end, it didn’t matter who took the shot!”

Stephanie travels all over the world for work, but saves her California works and local subjects to showcase in her Ventura gallery. “I try to include local landmarks, highlighting what our clients connect with and love in Ventura and California.” Stephanie schedules shoots and makes plans to capture quintessential California moments like poppy season, the yellow mustard flowers on the hillsides, or that perfect  beach day.

Stephanie prides herself in her alertness, how she pays attention to details in her everyday life. She adds, “There is a certain pressure. I am always searching to capture the ideal scene that people can connect to.” 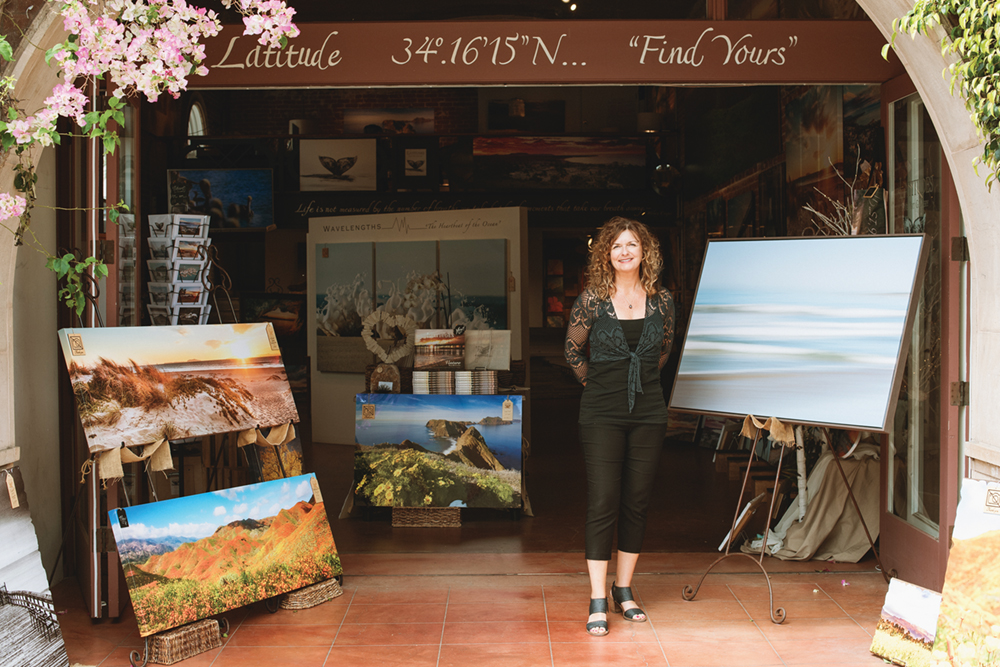 Stephanie’s photography is inspired by the magical element of stunning and often dramatic natural light, and she also specializes in flowers and marine wildlife. She describes her style as “light and fresh, leaving the viewer serene, calm,  and happy.”

Latitudes Gallery has something for everyone, including hand carved wood, metal, and canvas. They offer options to customize both size and finish. Stephanie concludes with a smile, “Depending on size and budget requirements, we have anything from note cards to 7-foot-by-20-foot murals, and everything in between.”