What Makes a City Really Special?

What makes a city truly special? Is it the rich culture, the sights, the history, the people? If you’re in Ojai, the answer is: all of the above. But none moreso than the people. Sure, Ojai has a vibrant arts, culture, and music scene. And yes, our history is deep, diverse, and well-documented. It goes without saying that our surroundings, both natural and man-made, are equal parts charming and awe-inspiring.

But it is the people of the Ojai Valley — the people who honor, celebrate, preserve and protect each of these components — that make this place much more than a pretty little tourist town. 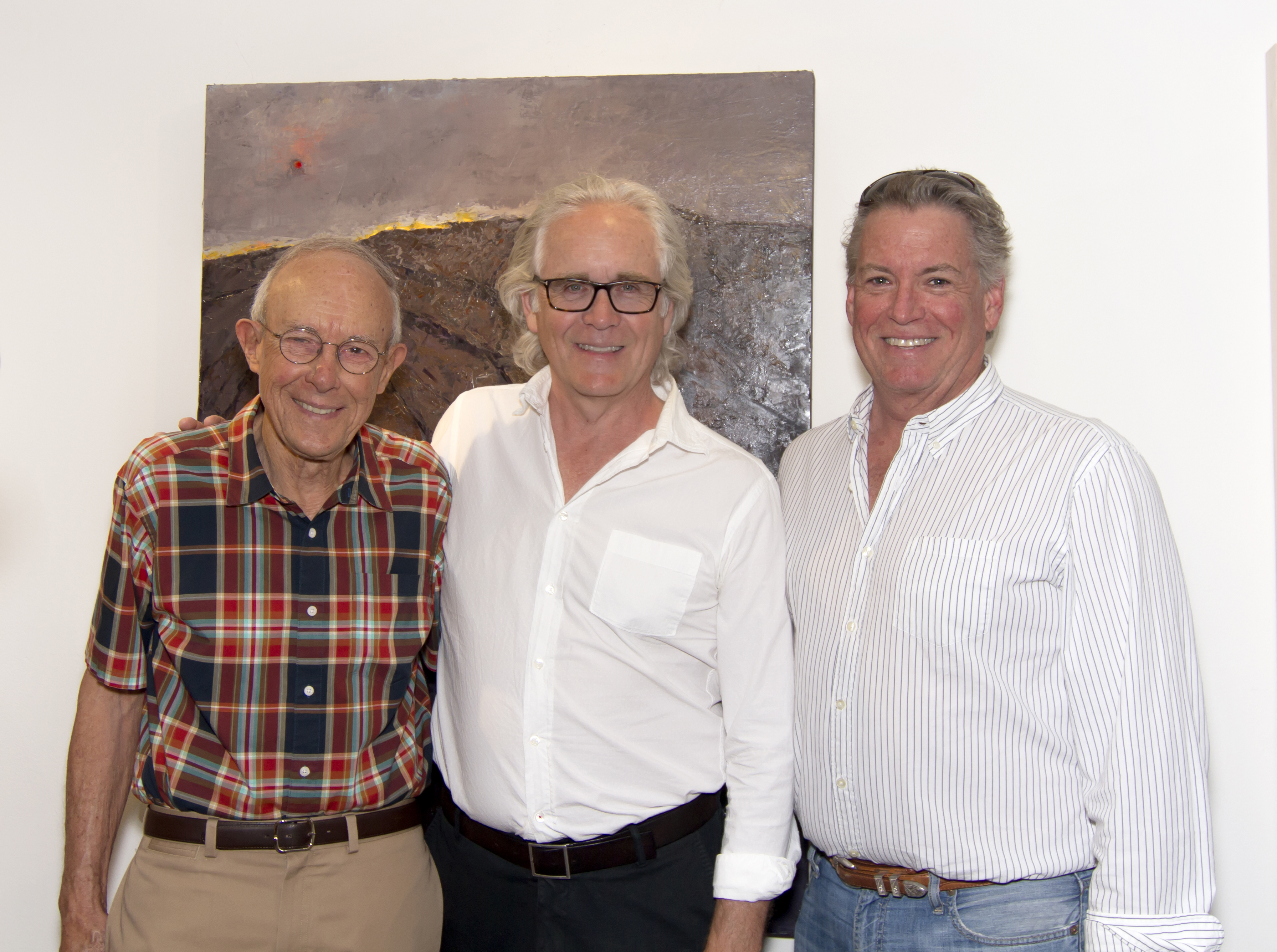 I mean, it’s definitely a nice spot to visit. Whether you’re into sports (Ojai TennisTournament), music (Ojai Music Festival), the outdoors (1,000s of acres of hiking trails),fine or performing arts (Ojai Art Center, myriad galleries), history (Ojai Valley Museum), your spiritual side (Krishnamurti Foundation), luxe spa experiences (Spa Ojai, Enhanced, EarthTonics), or just want to eat well (don’t get me started)* … you get the idea. Ojai’s got a little bit of everything. That’s why living in the Ojai Valley is so incredibly fulfilling. There’s so much to explore, and always something new to try. I’ve lived here my whole life, and this place still continues to surprise me.

And why is that possible? Because of the people. The people here care. They really, truly love this place. From Edward Drummond Libbey, who helped build the iconic Arcade and post office, to the folks who wave “peace” flags downtown every Friday … Ojai people show up. From the “small” people who serve dinner at the Ojai Valley Family Shelter, to the “big” people who gave tens of thousands of dollars to help rebuild the Libbey Bowl … we do our part. We show up en masse to City Council meetings, protests, and the Fourth of July parade. Kids who donated their allowance to build the Ojai Skate Park are now doing the same thing for the Thomas Fire relief efforts. Apathy is just not something you find around here.

Environmental nonprofits abound. Take the Ojai Valley Land Conservancy and Ojai Valley Defense Fund. The former stewards 2,300 acres of land, with hiking trails through some of the valley’s most stunning landscapes, forever protecting them. The latter maintains a fund for grassroots groups mounting legal battles to preserve the local environment and quality of life. Then there’s the Ojai Valley Green Coalition — helping Ojai build a sustainable approach to climate change — and the Citizens for Responsible Oil and Gas (CFROG), which defends the area from the negative impacts of oil and gas extraction in the wilderness and surrounding communities.

Along with helping the environment, Ojai folks are big into doing right by their own. Help of Ojai has been around since the late 1960s and has several programs for the elderly, low-income, and homeless among us. The Ojai Valley Family Shelter provides a safe place to sleep, fresh meals, and hot showers during the winter months. Upper Ojai Search and Rescue is comprised of well-trained volunteers who are ready at a moment’s notice to scour our wilderness when hikers go missing (even on holidays). Reins of H.O.P.E. utilizes equine therapy to help heal veterans and others from things like PTSD. The Ojai Chautauqua hosts events with experts to promote civil discourse around our most controversial, highly-charged topics — from national immigration to Ojai tourism. We also have two Rotary Clubs, a Lions Club, and a Civic Association. 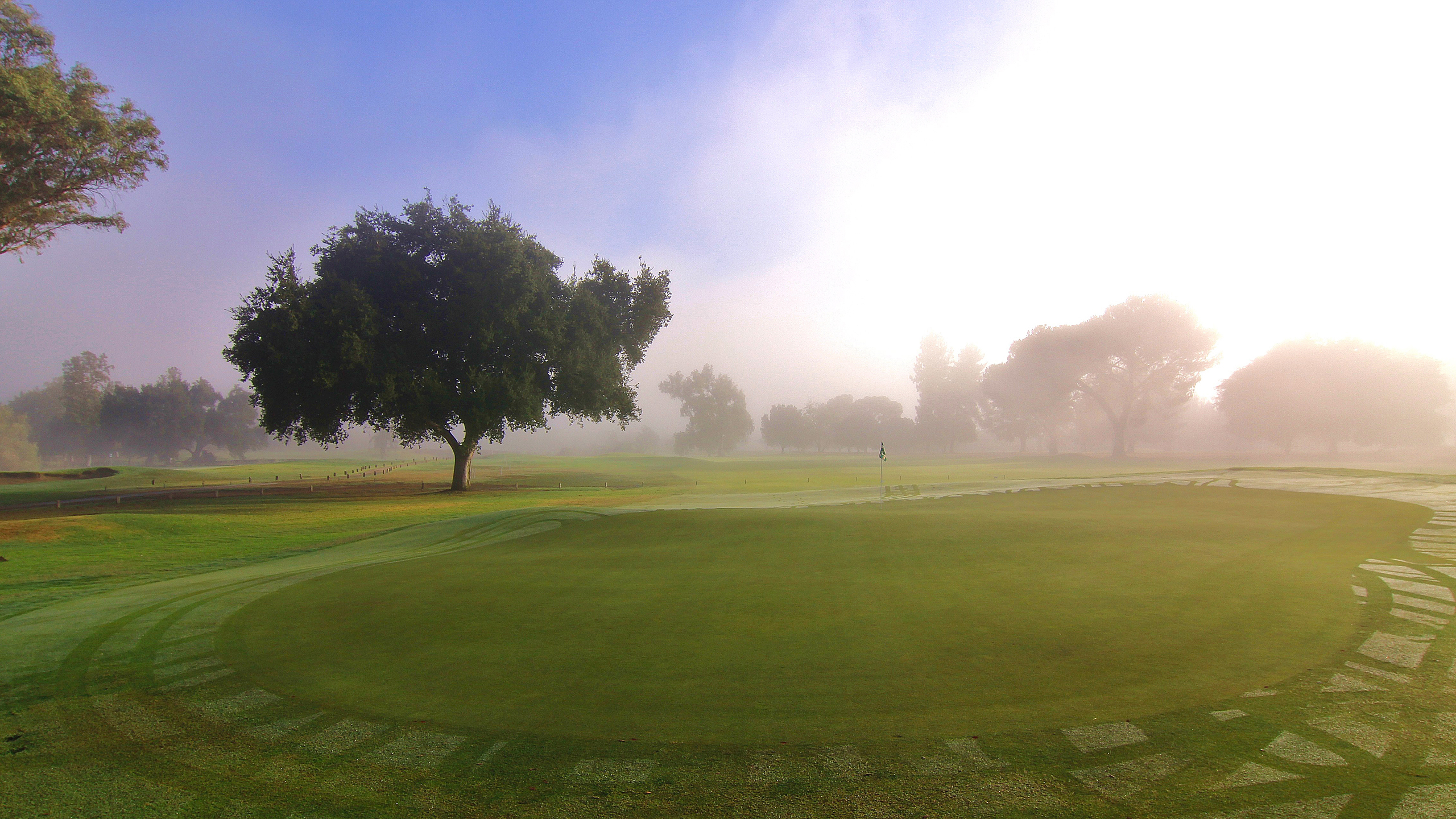 Ojai is well known for its beautiful views — like this one at Soule Park Golf Course. But the true heart and soul of Ojai lies in the people who volunteer countless hours to celebrate, preserve, and protect this amazing place.

And of course, there’s Upper Ojai Relief. The group started after the Thomas Fire raged from Santa Paula to Santa Barbara, wiping out 25 percent of the residences in the Upper Ojai Valley along the way. Neighbors helped neighbors in ways big and small. What started out as a pancake breakfast ballooned into a massive effort that provided not only immediate fire relief, but also long-term help that continues today. The early days were about putting out spot fires, clearing logs from blocked driveways, and sifting through the debris left behind. Soon, the Stagecoach Station grocery store became the place to donate and pick up food, clothing, household items, and funding — and to share insurance information, understanding hugs, and sympathetic ears. To date, Upper Ojai Relief has raised more than $1 million to help those who lost their homes. Dozens of other events, from kids’ bake sales to benefit concerts by the likes of Jack Johnson, have contributed even more to various nonprofit groups, both regional and international.

Whether it’s a record-breaking wildfire or an ordinary Tuesday afternoon, you can find people in Ojai doing good things. Passionate about reading? Check out Ojai Valley Library Friends & Foundation. Prefer movies? There’s the Ojai Film Society. If animals are more your thing, the Ojai Raptor Center rehabilitates wild birds, and the independent Humane Society of Ventura County cares for animals looking for a forever
home.

And volunteers — ordinary, everyday Ojai Valley residents — are at the heart of all of this. Looking back over this list, which is by no means even close to comprehensive, my heart swells with pride. This is my home. These are my friends, my family, my people. Want to join us? Keep reading. You’ll find great professionals in these pages ready to help you out.

*Don’t worry. I’ll get into each of those topics, and many more, in future columns.