What’s one of the most useful things you can do to make your landscape more drought tolerant? The answer might be right under your feet.

“The secret’s in the soil,” says Jessica Thompson, of the Ojai-based Green GoddessGardens. Healthy soil plays a vital role in the slowing, sinking, and spreading of available moisture, which reduces the need for irrigation. “The most affordable thing anyone can do is watch where all the downspouts, all the drainage goes when it rains”, Thompson says. “Slow the water down from leaving the landscape. You can create little swales, berms in the landscape to hold it and slow it, and make it sink into the ground. One of the key components to that is good soil structure.”

But with bad soil structure, those efforts go to waste. The water might collect, but it won’t percolate into the ground where it’s needed; it’ll just build up and run off. So how do you create happy soil that can absorb all that water? A good place to start is compost. “Compost is packed with soil biology, which creates soil structure,” Thompson says. Then comes other things such as organic materials and mulch, depending on whether your soil is rocky, clayey, compacted, etc. 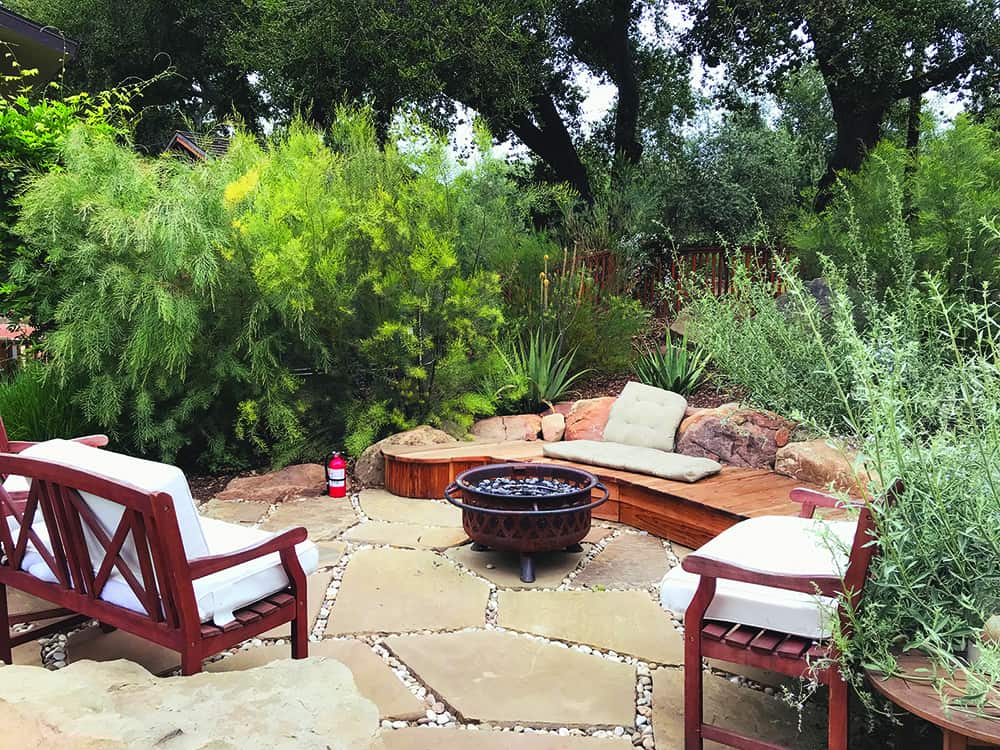 Knowing the precise cocktail that’s best for your garden — and knowing how to build structures and landscaping that gets the most bang for your water buck — is one of Green Goddess Gardens’s specialties.

Thompson has been learning the language of plants and soil since the 1980s, when she graduated from Cal Poly, San Luis Obispo with a degree in horticulture. She’s since added a Permaculture Certificate and a Landscaping Contractor’s License to her resume, and is always working to learn something new. When combined with her deep love for Ojai, these give Thompson an expansive toolbox to create beautiful, functional landscapes.

Over the years, Thompson and her crew have expanded their offerings to include just about everything you could want in a garden, from lighting to water features, stonework to woodwork, irrigation systems to bioswales, and more. 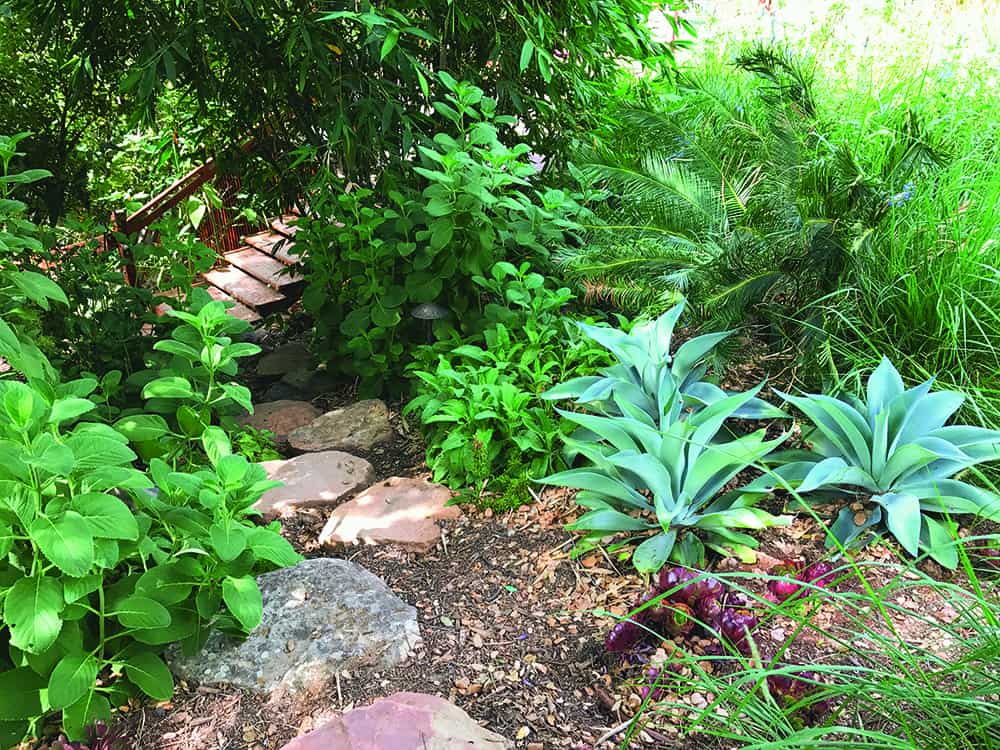 Since starting Green Goddess Gardens in 1995, Thompson’s main goal has been to build visually pleasing landscapes that aren’t water hogs. Western gardening practices in the last century have come to rely upon lush green plants that evolved in regions with much more rainfall. That might’ve been OK at one time, but the climate is changing — and landscaping practices are lagging far behind. “People aren’t used to what California really looks like anymore,” Thompson says. “They think it’s supposed to be green all the time, but it’s not.”

As the climate changes, so too should landscape design, she asserts. “With design work, we used to look at the frost factor; but now we’re going to be looking at the heat factor combined in there. It just continues to get hotter.”

Especially this summer. But thankfully, there are ways to protect against the worst of the heat. “One thing we do know, is that gardens where we’ve been composting … those gardens fared much better (in the heat). The proof is in the pudding that soil biology really is key. So is covering the soil with mulch.” An added bonus? Weeds and invasive species don’t like rich, healthy soil!

The Green Goddess crew have opted to work with, rather than against, our area’s unique climate, and celebrate it by utilizing natives, sages, succulents and other drought-tolerant plants. 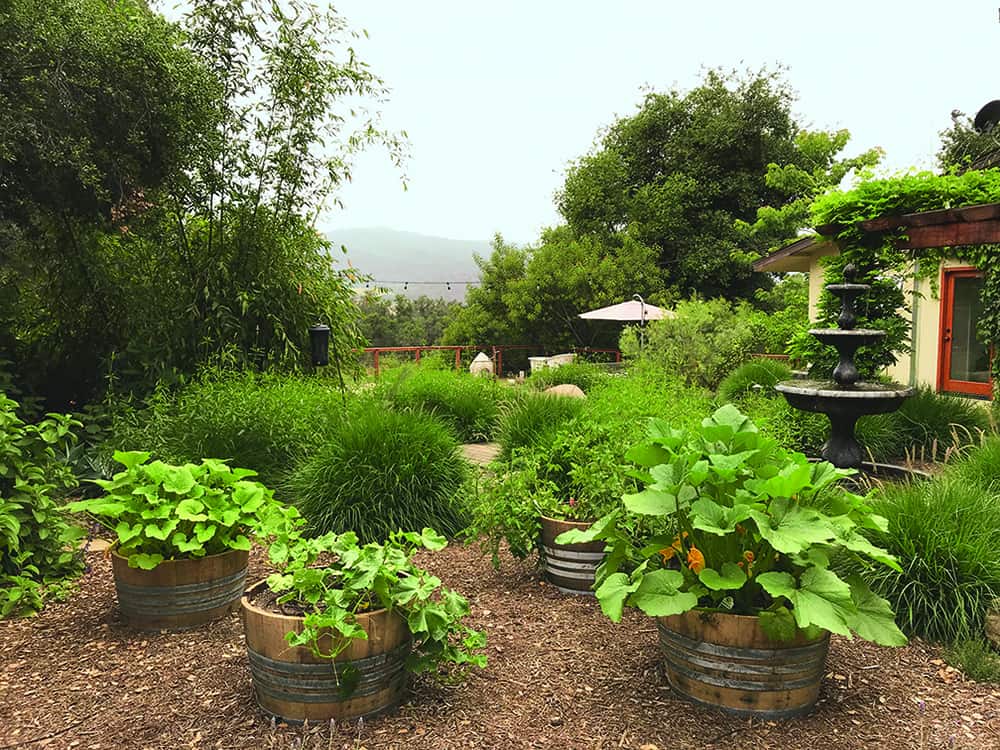 The biggest misconception of working with these types of plants? “That they’re dry, they’re ugly, they look dead. But they’re not! … There’s a big palette to choose from,” Thompson emphasizes. “A lot of materials look lush, so we mix and blend all those plants together” with other landscaping features, such as pathways made of waterpermeable materials. Low, drought-tolerant grasses are a current favorite of Thompson’s. “Right now they’re looking pretty good! They’re tough and soft.” No two projects are quite the same — and more the better. After all, landscaping is Thompson’s art, and she relishes the ever-changing canvas. “I do believe every property has its own character. That’s what the goddess, the energy of that property, gets translated through.”

And it’s her job to serve as translator. “I’m an outside person. I’m a physical person. I learn better when I’m doing something,” Thompson explains of her chosen profession. “It’s a spiritual experience. I stay connected to the spirit through my connection with the Earth.” 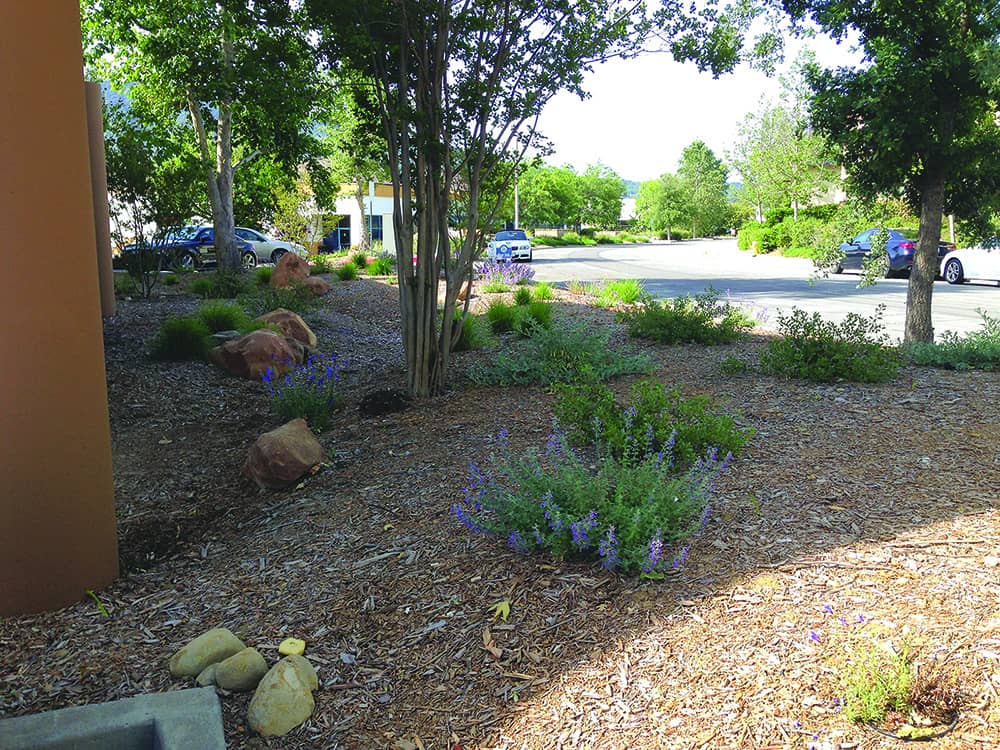 That connection, she believes, is important — now more than ever. As the world speeds up and our lives become more hectic and scheduled, we need the opportunity to slow down and simply … exist.

“That’s why creating your sanctuary in your private space is so important. It allows people to stay connected to the earth by being in their gardens,” Thompson says. “To lay on the ground, to be surrounded by the vibrance of plant material … it allows you to reconnect, and be healthier.” Fortunately, Ojai is an ideal place to do just that. “Ojai has more of that deep drumbeat,” Thompson says. “The energy here is powerful. When people who live in cities come here, they feel like they’ve come back to the mother, like they’ve been fed.”

For more on Green Goddess Gardens visit their website at www.greengoddessojai.com. 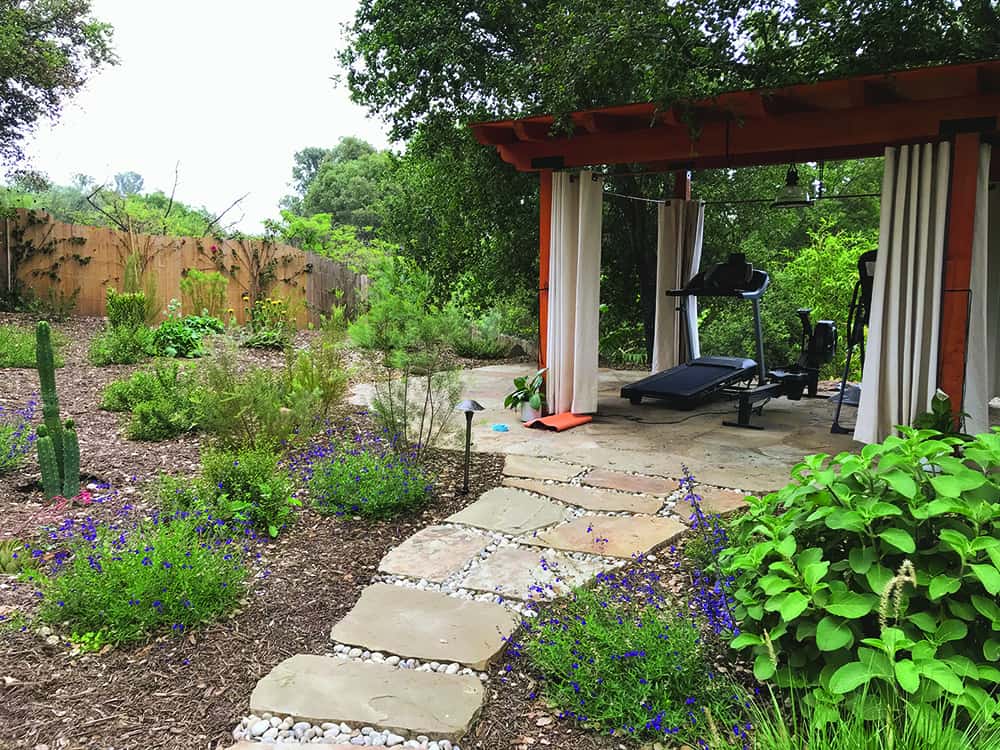