By The Unknown Golfer 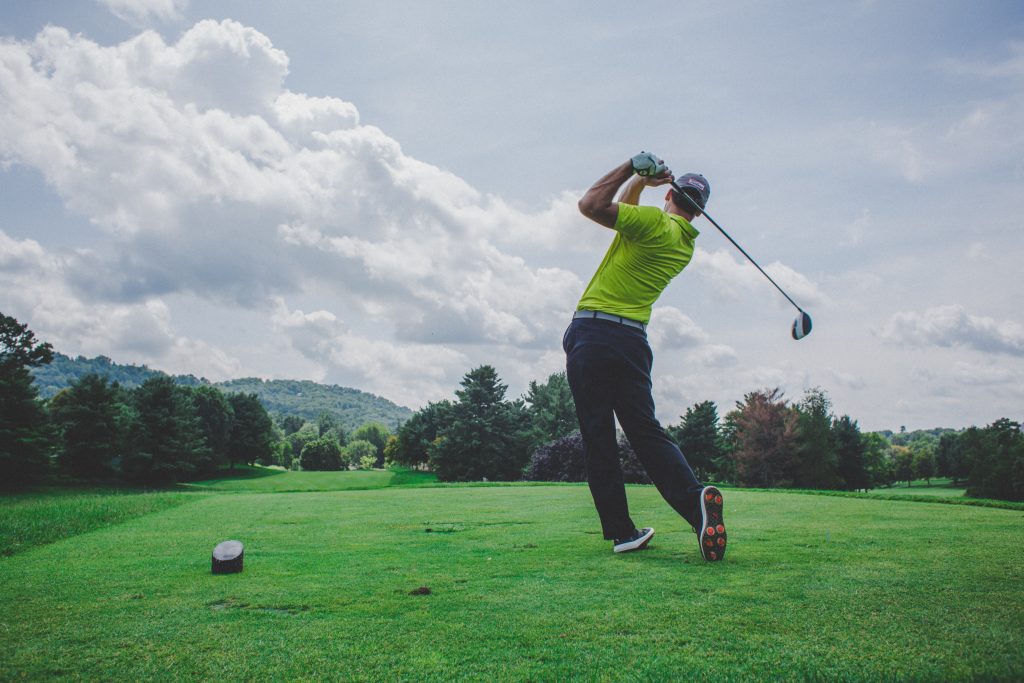 If you are a golfer of any kind and you find yourself traveling along Highway 101 in Santa Barbara County, there’s an abundance of beautiful public golf courses awaiting your arrival. Along with my trusty golfing companion, Jason, we visited three highly-recommended Santa Barbara County courses and discovered three gems.  Jason and I set off to play Rancho San Marcos, La Purisima, and the Alisal River Course.

Jason is a serious golfer with a three handicap. With a flexible work schedule and a love for the game of golf, Jason gets in at least two rounds per week and had played all three courses previously. As for me, I just recently returned to playing golf after a long layoff so all three courses were new to me. All challenged my advanced partner, but were also kind enough to offer me some thrills and highlights, despite my ever-changing golf game.

Rancho San Marcos, La Purisima, and the Alisal River Course had a few things in common. First, for the quality of the courses, the green fees were kind to our wallets. Second, all three courses were in terrific condition. Last winter the area enjoyed some much-needed rain and the courses were beneficiaries of the water. Lastly, the staff at each venue provided world-class service and were helpful as we made our way around their courses. Side note: we walked each course, which was enjoyable and a good workout. 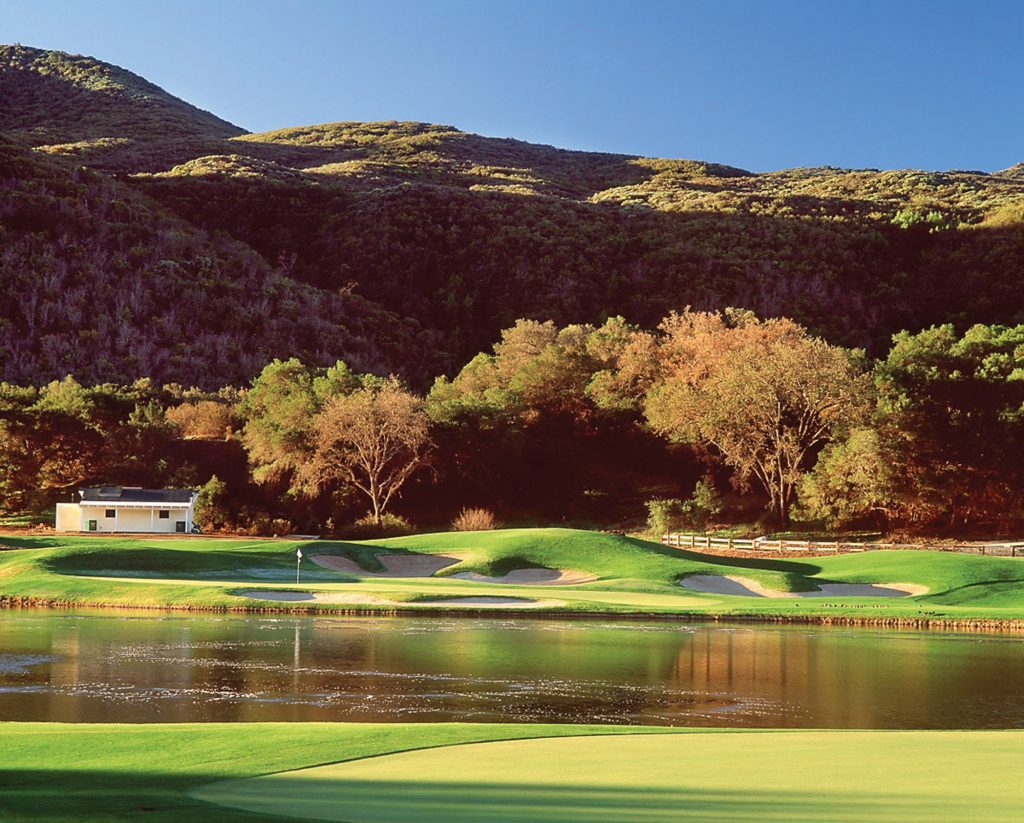 As we worked our way through the course, we crossed paths with a pack of wild turkeys and all kinds of other wildlife. As for the course, at 6,939 yards, I was left with some long and challenging second shots, but Jason’s long and accurate drives kept him in position for a low score.

Throughout the day, the course conditions remained stellar, and of the three courses it was clear that Rancho San Marcos benefitted the most from the recent rainy season. The fairways were nice and it paid to stay within their parameters, as I quickly discovered. The greens were challenging but true and fast; if I had one “gripe,” it was that they were hard. More than one of my approach shots landed on the green but ended up sliding off the backside; but as the round went on both Jason and I adjusted.

Regarding the round, Jason said, “Rancho San Marcos has always been a fun course and I’m excited to play that track every chance I get. Being that it is set back into the Santa Ynez Mountains, it makes for a peaceful day, and there is something spiritual about the surroundings.”

When considering the course, pace of play, green fees, staff, and just the overall experience in general, we gave Rancho San Marcos two thumbs up. 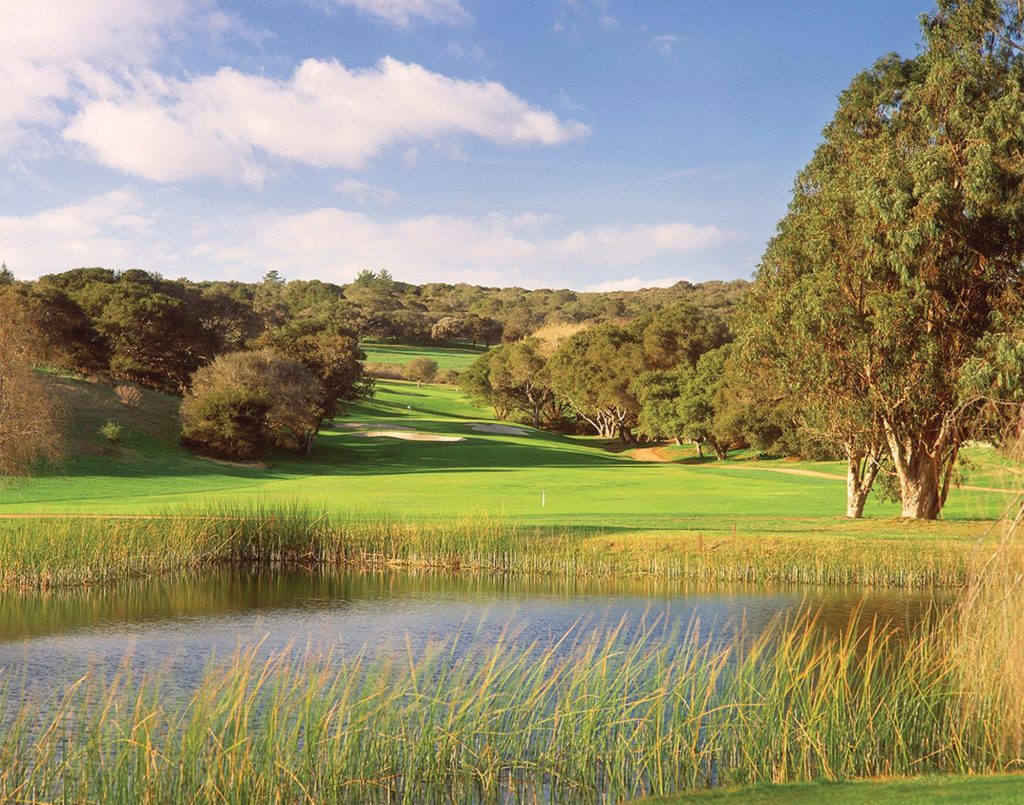 La Purisima, Lompoc • The second course on our list was La Purisima. Much like Rancho San Marcos, La Purisima is a short 30-mile drive from Santa Barbara. Once you get to the course, the views are breathtaking and the course is in terrific shape.  Despite the warnings of afternoon winds, Jason and I had a midday tee time, and the first tee box was open and awaiting our arrival. After teeing off we did not catch the group ahead of us for the better part of an hour, and even then the pace of play was excellent.

As a first-time golfer at La Purisima I wasn’t too sure what to expect, other than it had a reputation as one of the best courses on the Central Coast — and I quickly discovered why. The tree-lined fairways and strategically placed bunkers underscored the importance of being accurate off the tee, and I found myself laying up more than I normally would. Even for Jason, who has played the course for years, the layout was a challenge and he’d have to pause to think about a number of his shots throughout the day.

“La Purisima is a tough course, but if I can get into a groove and I’m smart off the tee, I tend to score pretty well. The best part of this course is that it tests all aspects of your game which is one of the reasons I like it so much. If you get careless you’ll rack up strokes in a hurry,” he said.

A lot was made of the afternoon winds and while we did get some, it wasn’t enough to make a big difference on our round. After a solid first nine, my back nine got a little rocky; the challenging 12th hole — a par-5 — increased my overall score by nine strokes. I was able to right the ship but the damage was done.

After having a blast on the course, we finished with a cold beverage in the clubhouse, where the staff was friendly and welcoming. Our La Purisima outing was stellar, and it was way more than I expected leading up to the round. I’ll definitely be returning in the near future for another crack at No. 12. We give La Purisima two big thumbs up!

The River Course at Alisal 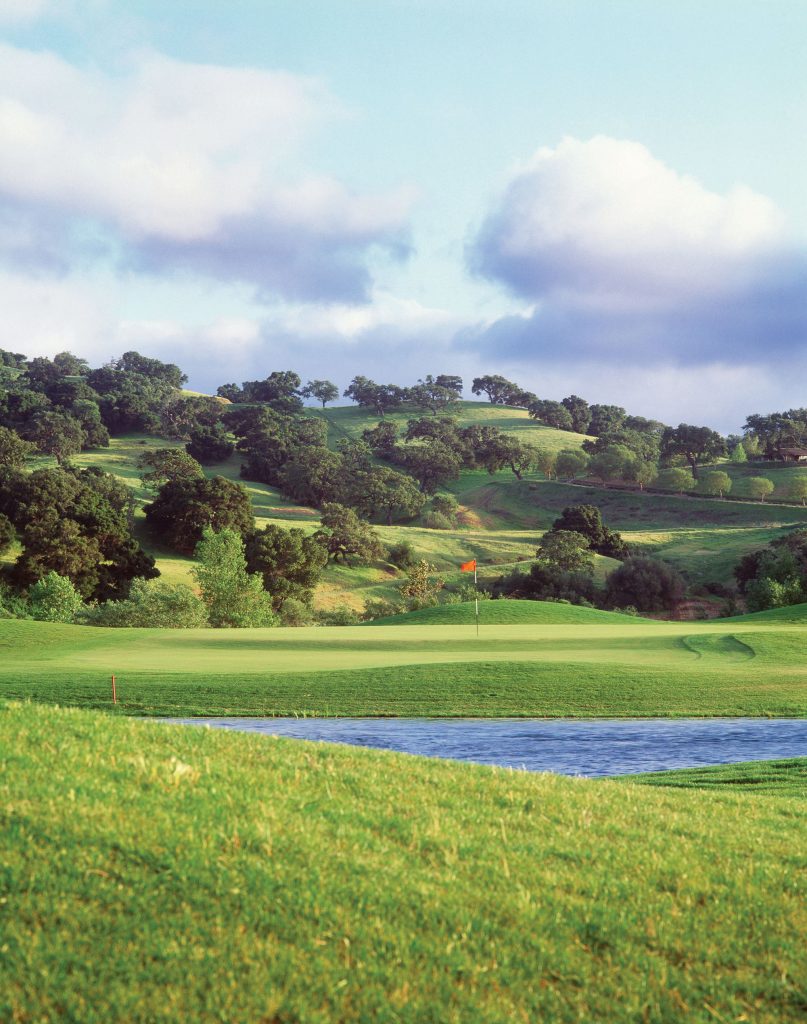 The River Course at Alisal, Solvang • At 6,830 yards, the par-72 Alisal course was the one I knew the least about heading into this golf adventure. The course was described to me as challenging but forgiving, and I think that was a perfect description of my overall experience. The River Course is located in Solvang so it is easy to get to and is in close proximity to many great restaurants and wineries.  Our day at the River Course started with an early tee time and we were treated to a brisk, clear day with no trace of wind whatsoever. There were a number of groups that got out ahead of us but the pace of play was ideal and we rarely had to wait at any point during our round.

I found the fairways manageable and it was clear The River Course rewards players who hit the ball long and straight. Jason managed to go under par for the front nine — mostly due to great tee shots which left him with relatively simple approach shots. For a less accomplished golfer like me, when I stayed in the fairway I saw success but if I hit wide, my second shots were pretty challenging.

Jason and I both putted well at The River Course because the greens were in magnificent condition and the ball rolled true throughout the day. “I’d say the greens here were the best of the three courses we played. I was striking the ball pretty well, but my putting was spot-on. It’s been a few years since I had a chance to go under par for the day but I nearly did it today,” said Jason.

With the condition of the course, the stunning views of the Santa Ynez Valley and the overall experience of our round, we also gave The River Course two big thumbs up. After our round we enjoyed lunch at the River Grill, which proved to be an excellent choice. The food was stellar and the atmosphere was relaxing — just what we needed after a round of golf.