Trick airplanes, classic cars, and pyrotechnics. Can you think of a more all-American way to spend a summer afternoon with the family? 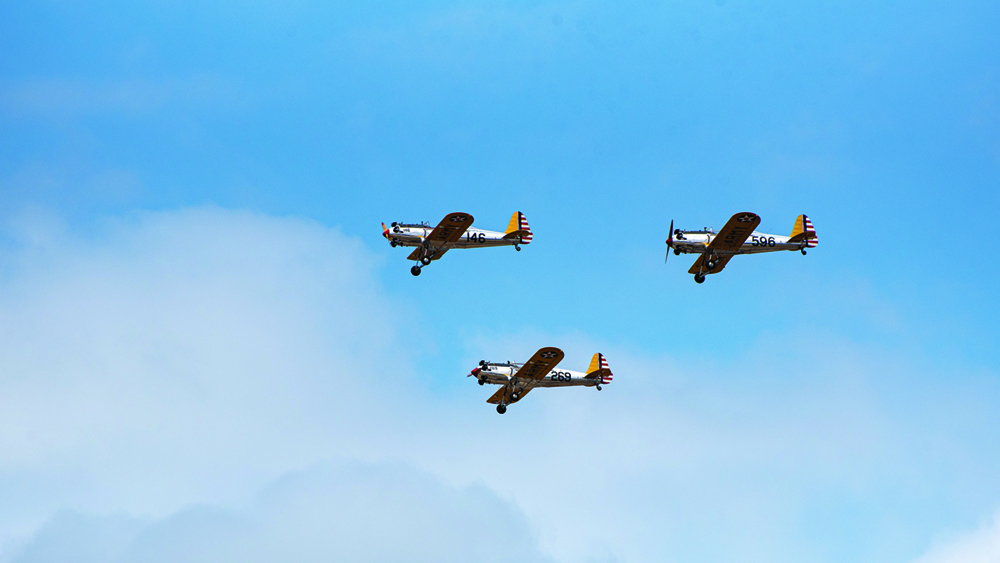 Wings Over Camarillo is flying back into town Aug. 20 and 21, with thrills in the sky and on the ground. Along with a fantastic lineup of aircraft, WOCs bringing back the classic car show and STEM Pavilion for its 41st year. But of course, the biggest attraction is still the planes. History buffs and aircraft nerds will rejoice in the mix of historic and high-tech, and casual observers will appreciate that these are just really cool-looking planes. You’ll be able to get a close-up view of most of them before and after their flights. Some even allow visitors to hop in the cockpit! 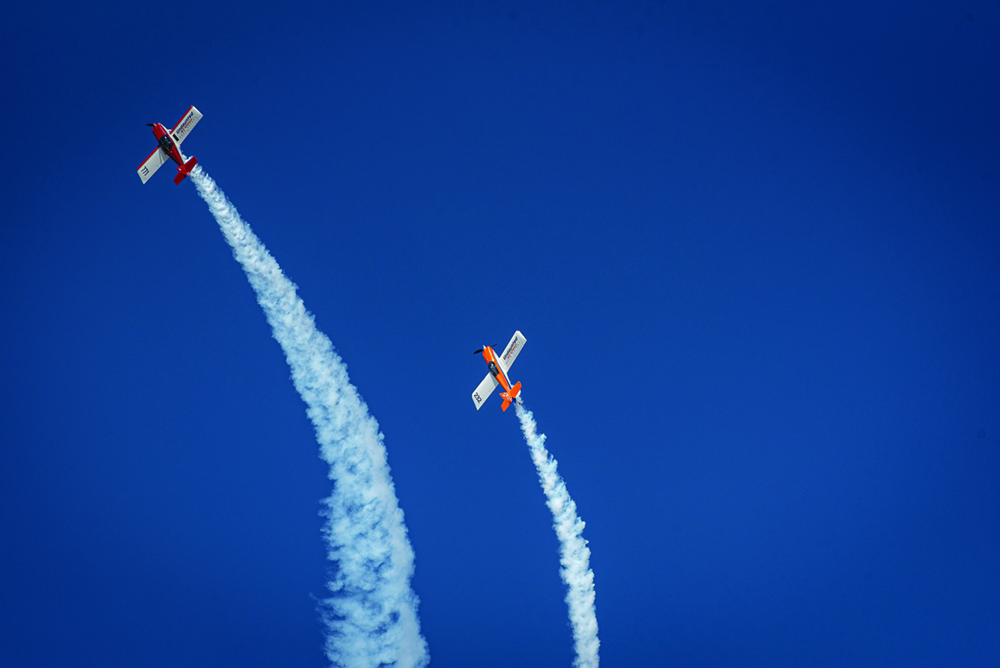 Photo by Rick Hauser How do they get that close together going so fast?

When I ask WOC Air Boss Bill Thomas for the highlights for this year, I get the sense that it’s hard to know where to start. He rattles off a slew of performers, like the Red Bull helicopter and its pilot, Aaron Fitzgerald (who lives in Oxnard). He’s one of the few pilots in the U. S. who do full aerobatics in a helicopter, Thomas says. Then there’s Sammy Mason, the youngest performer at this year’s WOC, and the youngest member of the Red Bull Race Team. The Santa Paula native is only 27 but has been flying shows for 12 years! He’ll defy gravity in his Edge. 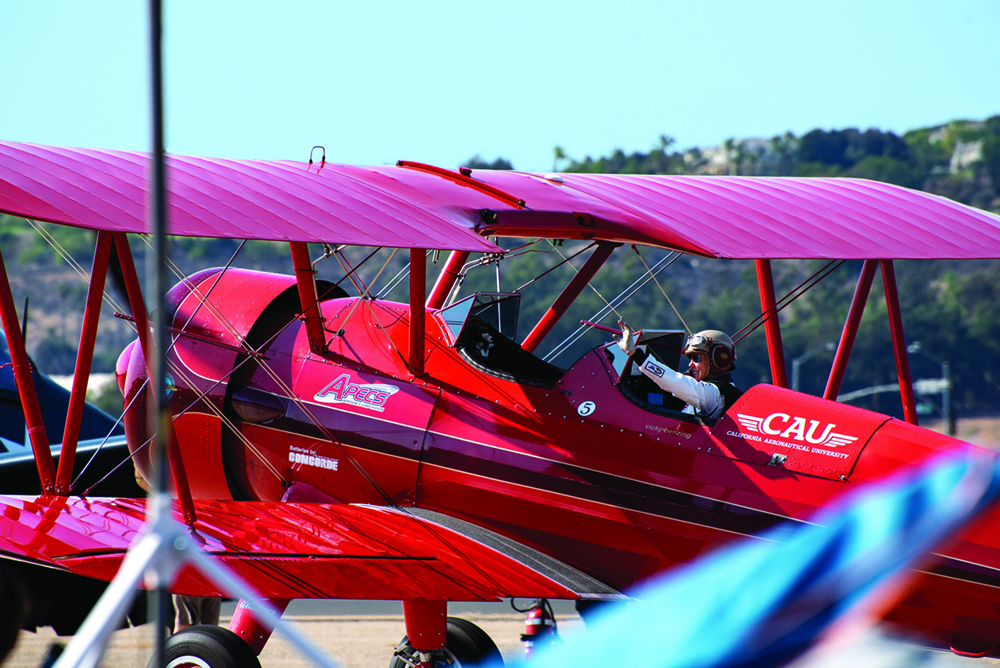 There’s some major girl power happening this year at Wings Over Camarillo, as well. Vicky Benzing will tear up the skies in her bright red PT-19 Stearman. This pilot/skydiver/aerobatic competitor/racer has some serious chops with over 30 years experience, 6,000 hours of flight time, and 1,100 parachute jumps. She’s an extremely accomplished lady! Thomas exclaims. Judy Phelps will join Benzing in the lineup. This local favorite and 2011 National Flight Instructor of the Year is a master certified flight instructor in aerobatics for CP Aviation, based out of the Santa Paula Airport. She’ll be showing off her prowess in her Pitts S-2B. 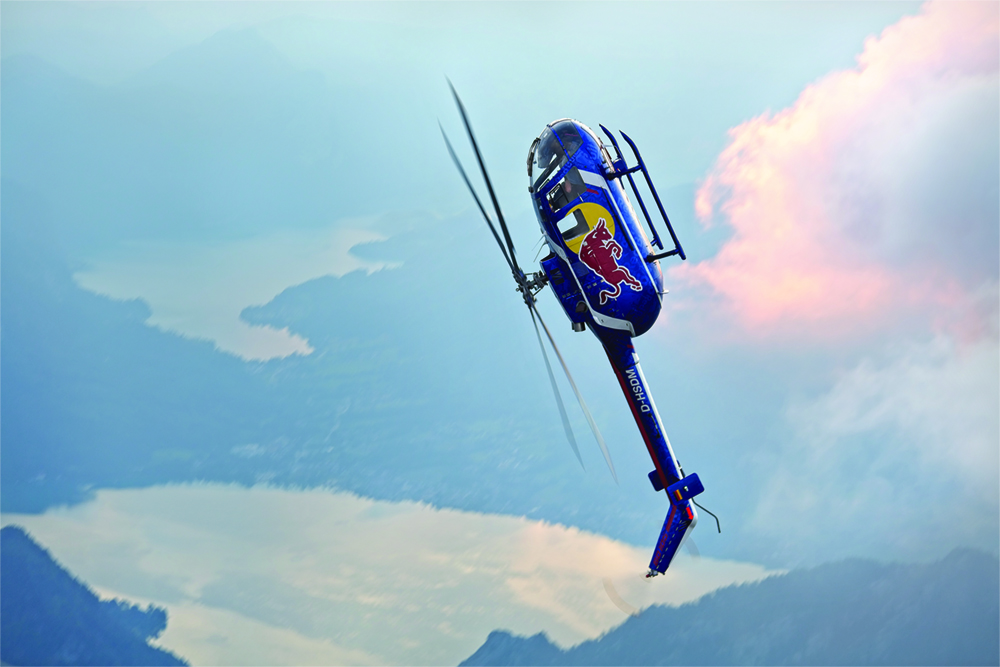 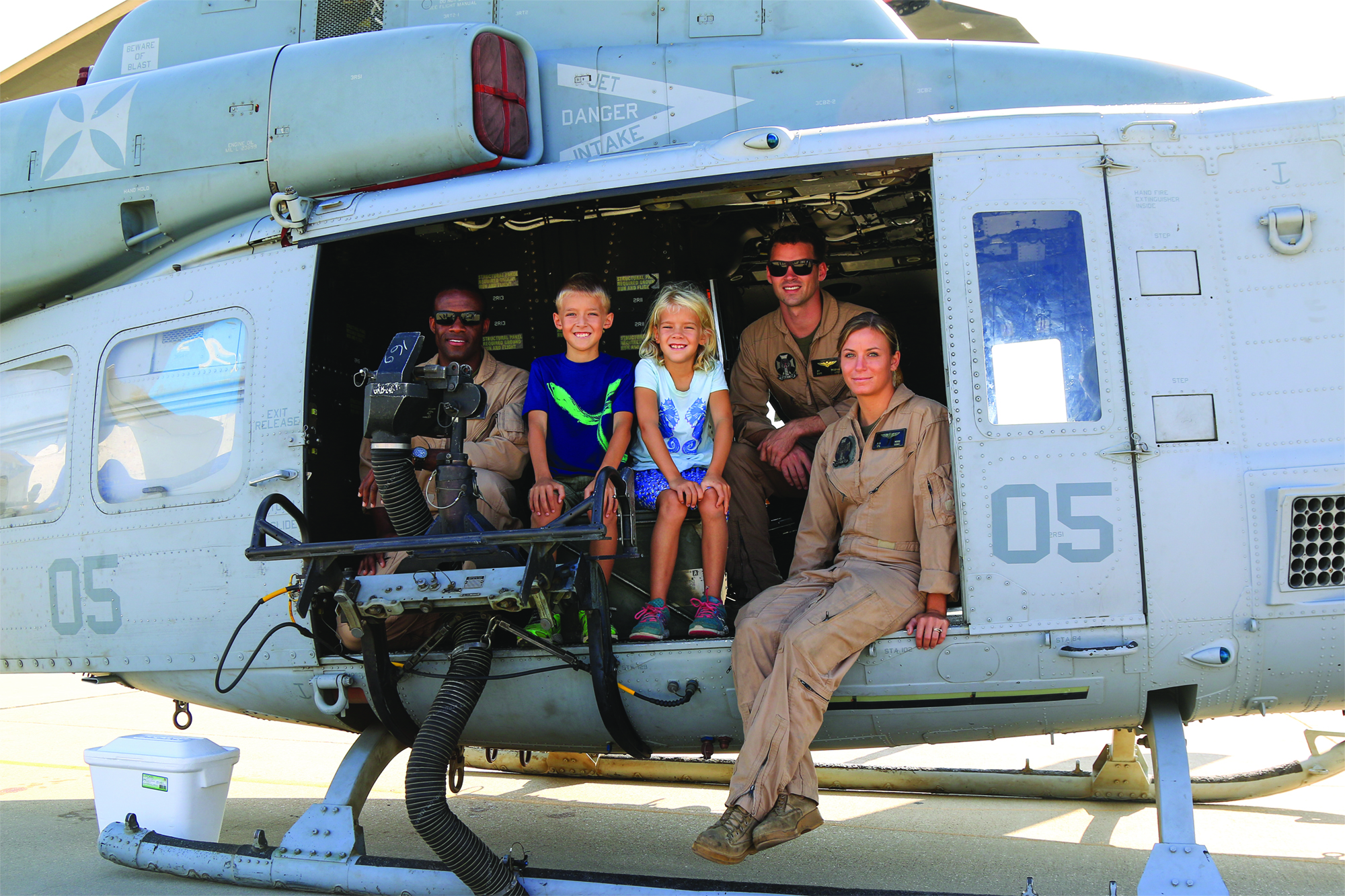 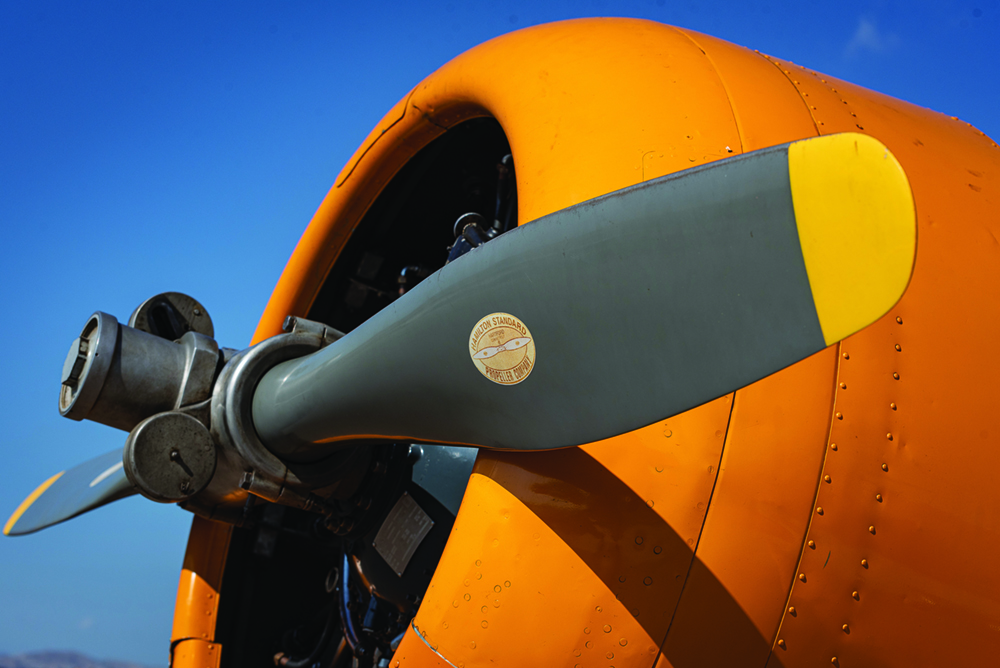 You’ll also find in the lineup experimental aircraft (some of which can go 200-plus knots! ) and our local Ventura County Sheriffs Air Unit, which will demonstrate firefighting and water-drop capabilities in their UH-60/UH-1. And then, of course, there will be flying formation teams, the WWII Airborne Demonstration Team, and more. 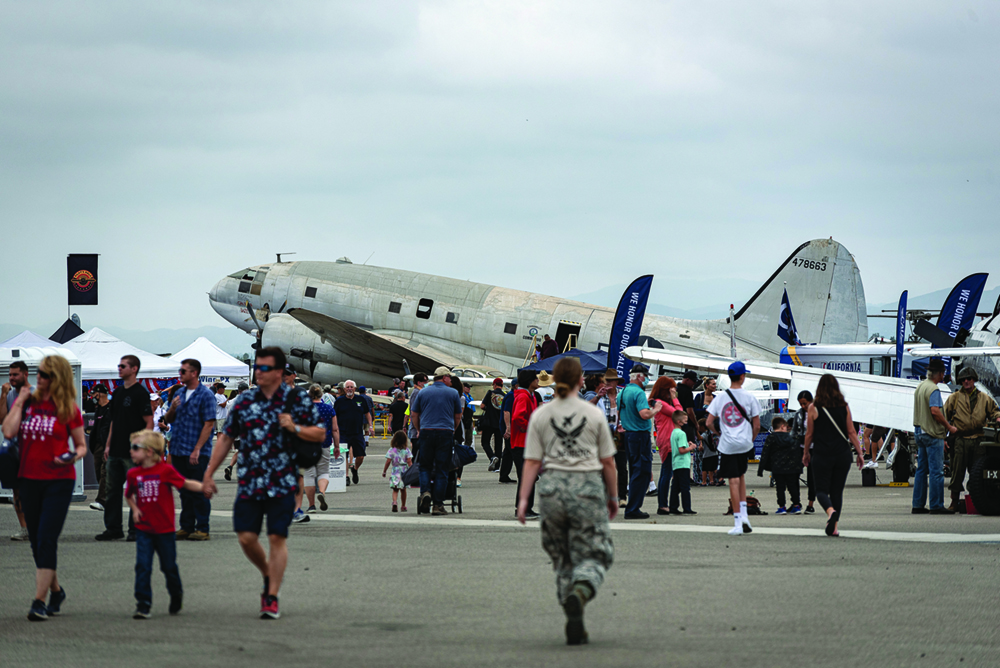 Photo by Rick Hauser Visitors can explore the many aircrafts and booths between shows.

And then … there’s the pyro. Who doesn’t love a good explosion or two? Firewalkers International will give the show that extra bang. There’s going to be big, simulated bombs and strafe, says Thomas, and a big wall of fire at the end of the show. 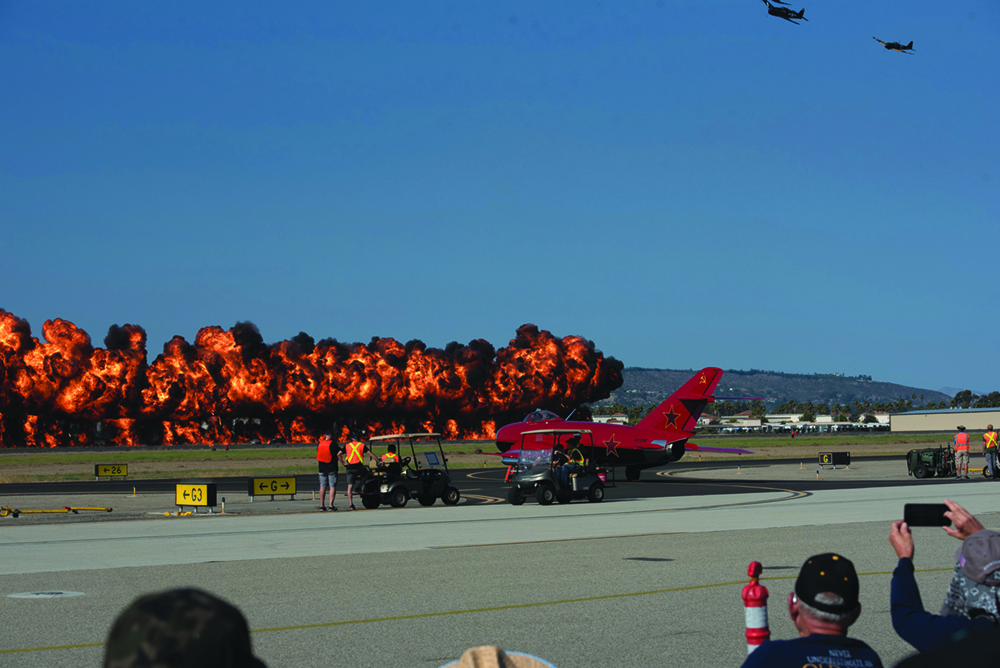 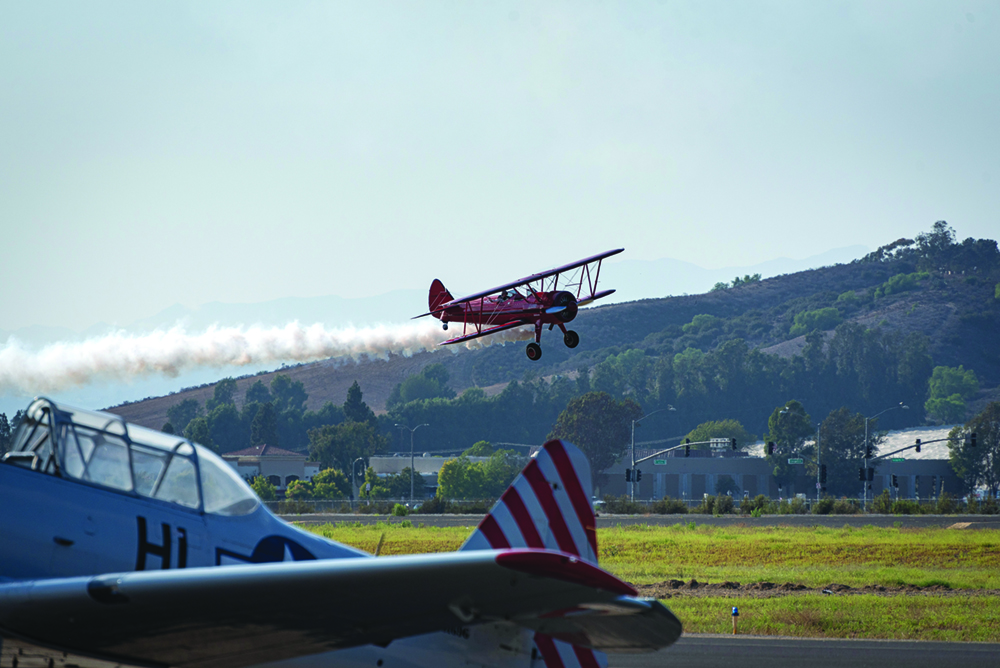 Photo by Rick Hauser Vicky Benzing makes a low pass over the runway.

One of the things we have coming is a mini jet, Thomas says. When you look at it, you think, Oh, that looks like a kid’s plane, because it’s so small. But once you watch pilot Tom Larkin rip through the sky at seemingly impossible speeds, well, it’s clear this is no kiddie plane. Visitors can get a close-up look at Larkins jet, which will be parked in the STEM Pavilion when he’s not in the air performing. 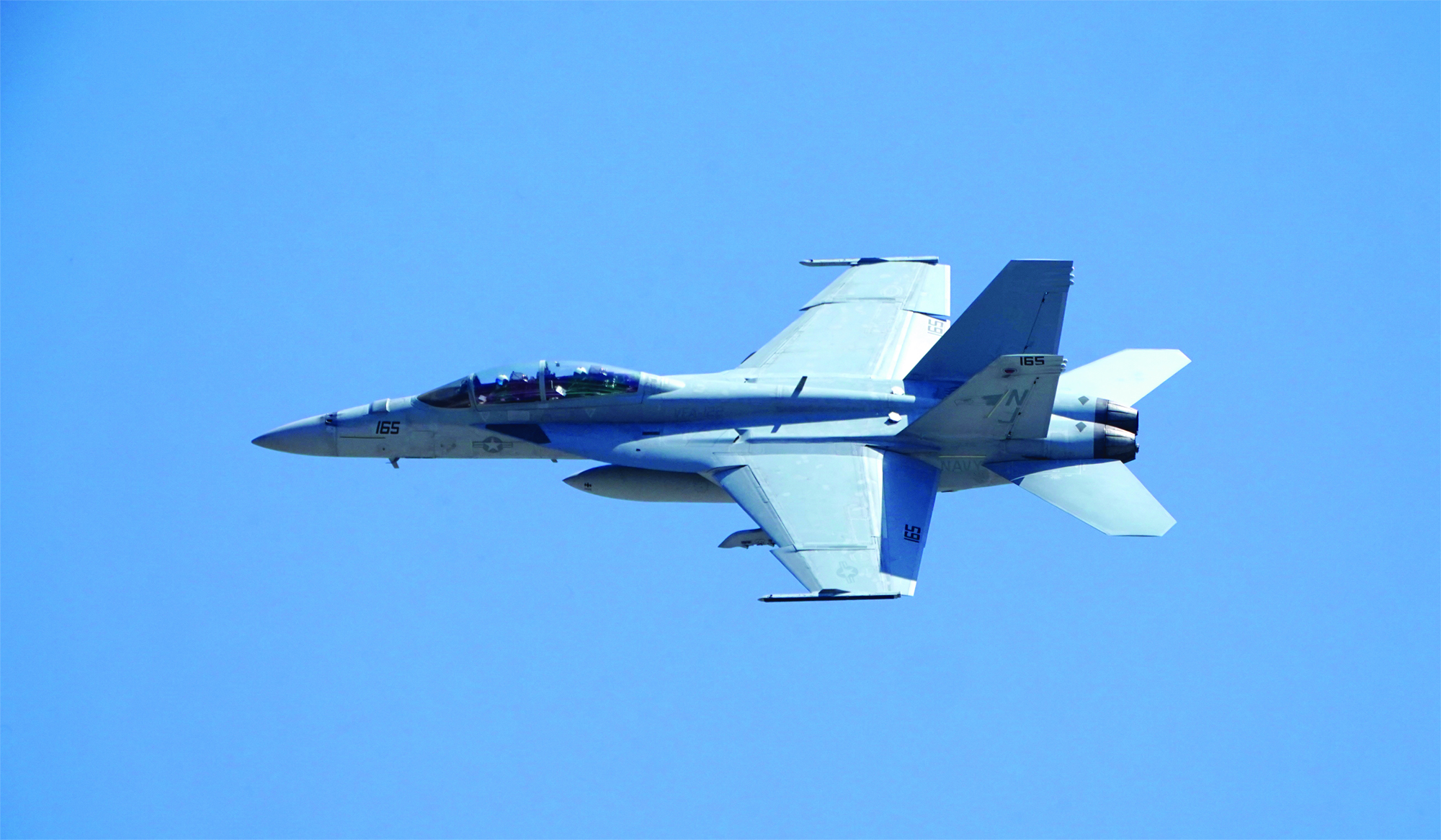 Photo courtesy of Wings Over Camarillo The F/A-18 Hornet one of the militarys coolest combat jets.

By this time, you might be feeling inspired and want to get in the air yourself. WOC has you covered. There will be opportunities to take flights in both airplanes and helicopters outside of show times.

If you need yet another reason to come out, all of this fun is for a good cause, too. In 11 years, the Camarillo Wings Association (which presents WOC) has donated more than $521,000 back to the community.

For tickets and more: wingsovercamarillo.com