If you think the American Dream is fading, go see Tim Reed. Happy kids, beautiful wife, successful business, ranch with killer sunset views, and time to pursue his passions … he checks all the boxes.

Growing up in Ventura, Reed always knew he wanted to be his own boss. So at age 19, he set out to learn all he could about the roofing business. On Sept. 1, 1983 (yes, he remembers the exact date) he did just that, purchasing Ventura Roofing from his former boss.

Today, as Ventura Roofing enters its 36th year in business with Reed at the helm, his formula for success remains the same: high-quality materials, high-quality people, integrity, and loyalty. He’ll tell you some of it was luck, but his coworkers and repeat customers call it a good work ethic. Reed never forgets what it was like to be the low man on the totem pole, which is evident in the way he talks about his employees. 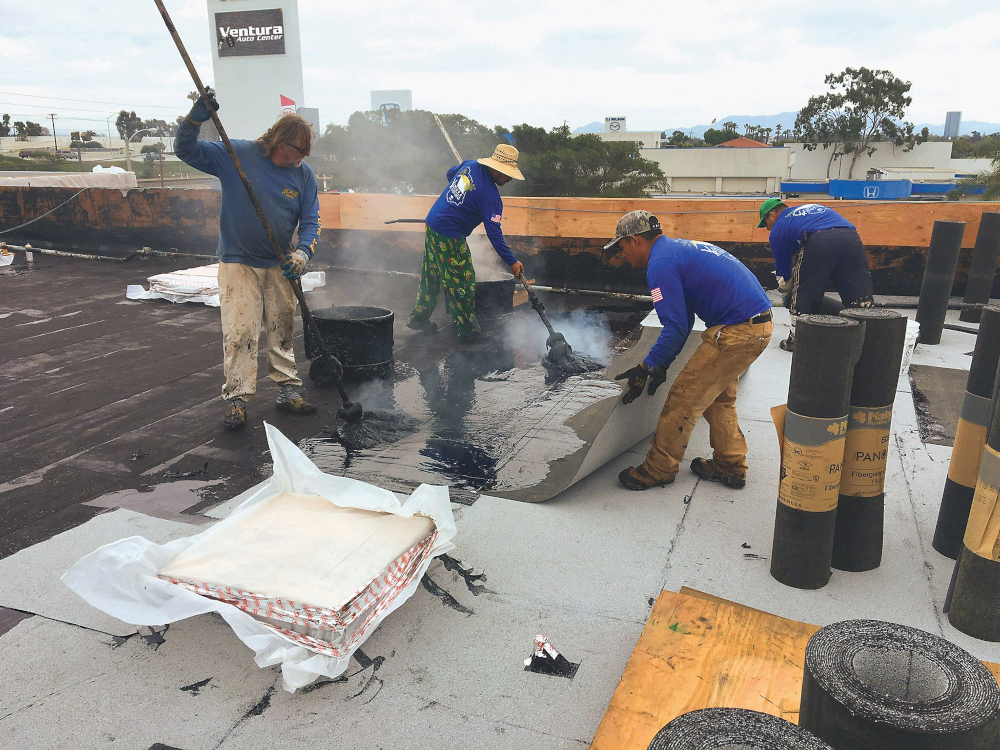 His foreman, Tony Alfaro, has been with him for 26 years. And because he’s only ever worked for Reed, “he doesn’t have any bad traits from others … if he’s going to do a job, he does it right, how we want it done,” Reed notes. About 10 years later, Reed hired Tony’s brother, Javier — and, more recently, Tony’s son Hugo. “So I have three Alfaros working for me,” Reed says proudly. “I’m just tickled pink to have Tony as the foreman, and his boy working for him. It’s pretty cool.”

When Reed’s own son, Kacy, joined the business about 10 years ago, “I made him start with the crew,” Reed says. “I handed him over to Tony and said, ‘Don’t talk to me about anything except being your dad. If it’s about the roofing business, you work for Tony.’ There was no place for me — he didn’t want to be the boss’s son, he wanted to learn the way everybody else did.”

So, like his foreman and his dad, Kacy mopped 550-degree tar onto flat roofs, laid shingles, and did repairs in the summer sun, learning the business from the bottom up. And like his dad, Kacy maintains a good work ethic — but also his sense of fun, too. 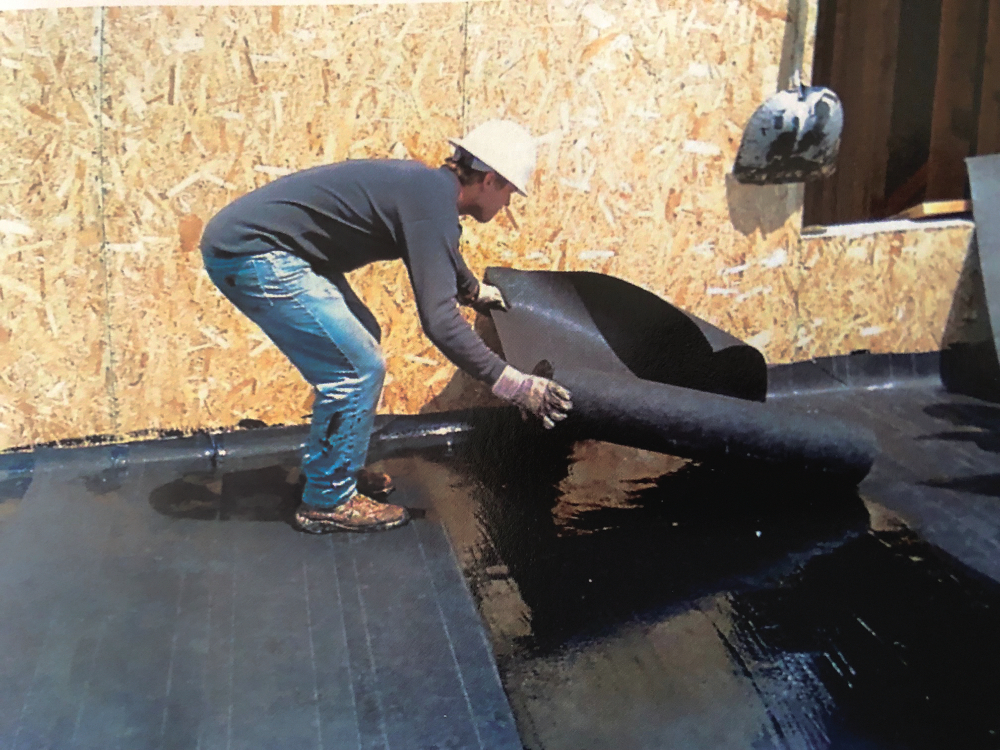 If the surf is particularly good, Kacy hits the beach for a few hours then comes back to the office to finish up the bids before deadline. “I was dropping off some materials (to a client) and one of the employees asked, ‘Why are you doing this, where’s Kacy?’ And I said, ‘I let him go surfing!’ I’m so happy that he gets to do what he likes. I am very proud of that,” Reed says.

Reed’s daughter and office manager, Jolene (who often goes by Jojo), is also an avid outdoors woman who manages to find time for hiking and camping with her husband, Casey, and daughters Bailey and Amelia.

Tim himself finds time for golf, gardening and traveling the country with his wife, Nona, for rock concerts. But perhaps his favorite hobby is being a grandfather. As we chat at his ranch, he interrupts himself frequently to pat one of the dogs, ask one of the kids for their input on a question, or to laugh at one of his granddaughters.

“Grandpa, I made a puddle!” the little one says, holding a hose.

But he’s quick to get back to business. The majority of what Ventura Roofing has done in the past decade – about 80 percent, Reed estimates – has been residential roofing, re-roofing, and repairs. The rest comes from commercial or business properties. And of that 20 percent, many are highly recognizable buildings. Tim and Kacy trade off listing some recent high-profile jobs: Topa Mountain Winery, Sine Qua Non Winery near Lake Casitas, Paradise Artists, Kirby Kia, Meiners Oaks Ace Hardware, the Beatrice Wood Center, The Oaks at Ojai, Ojai Lumber — “Stuff people drive by every day!” Reed says.

In the coming weeks, you may see people working on the Ojai Playhouse downtown. That’ll be the Ventura Roofing crew, too.

Local ties have been a valuable networking tool for Reed. “I’ve worked for people who remember me from Montalvo Elementary,” he says. The Reeds also benefit from having lived in the Ojai Valley for a long time, getting work and referrals from folks who grew up with Nona, or who played sports with one of the kids. 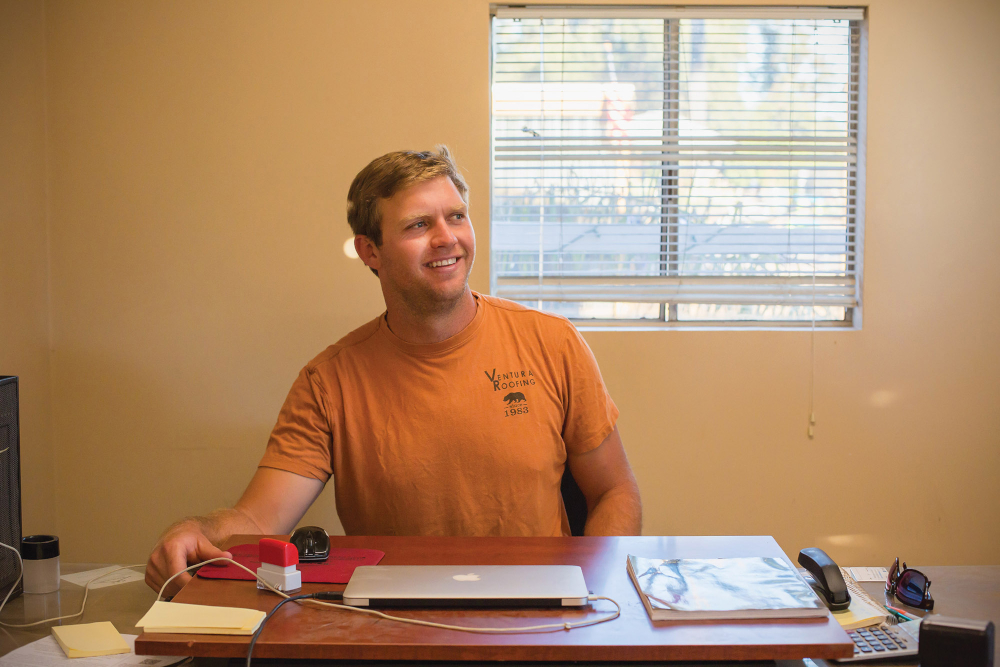 Kacy Reed sits behind the same desk used by both his father and grandfather.

But in the end, Reed says, Ventura Roofing’s success comes down to the quality of its work. Keep in mind, his bids are rarely the lowest of the bunch — he readily admits this — but his know-how is key. “There’s no substitute for experience. I’ve seen it, I can handle it,” he says. Tim tells the story of a neighbor who put on a new roof with high-quality shingles, but because the workers didn’t do the job properly, the warranty was void.

“A new roof is a big investment,” Jojo notes. “And you’re usually one of the higher bids.”

“And I’m not afraid to say that,” Tim interjects.

Back in the late ‘90s, that expertise landed Reed a gig with the state of California, where he helped to rewrite the California roofing contractor’s license exam. He’s gone back to Sacramento more than a dozen times since then to help update it.

With 36 years as owner of Ventura Roofing and 40 years in the business, it’s no wonder he’s been called upon at the state level. 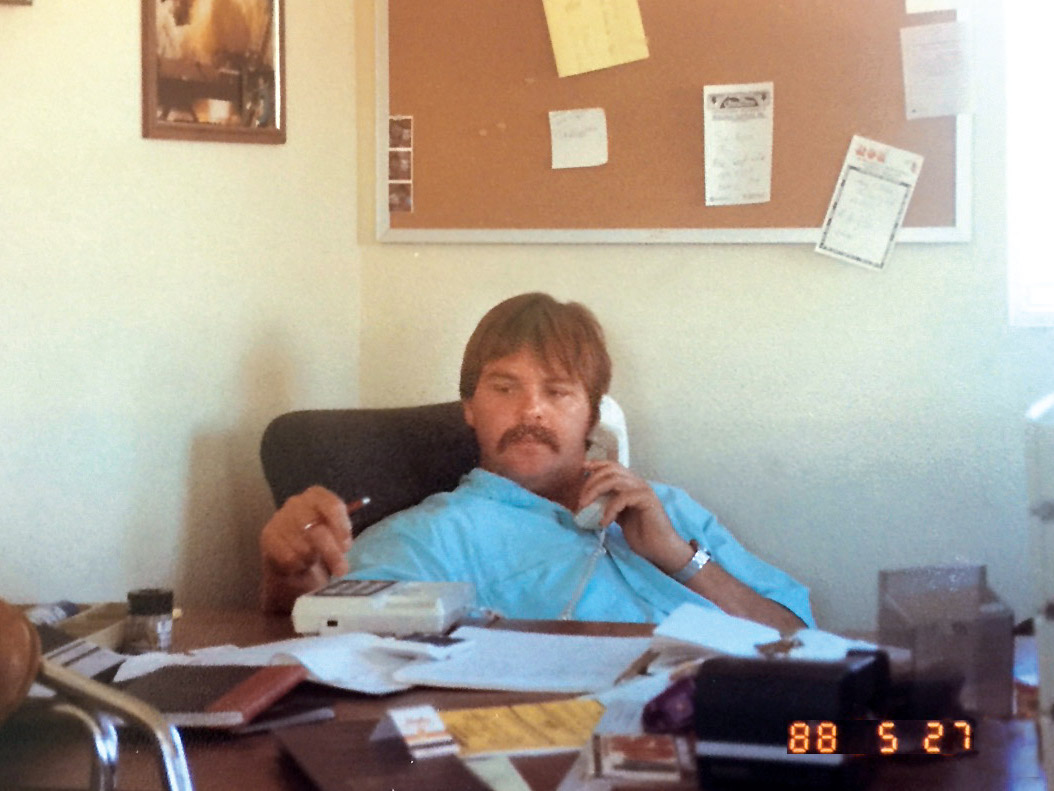 Reed points to different buildings in photos and around his property, explaining their different roofs and the different materials they require. Low pitch roofs, flat roofs, Spanish tile roofs … he’s done it all, and can rattle off stats about each type. Typical shingle roofs and flat hot-mop roofs can last anywhere between 20-30 years, while tile roofs can last twice as long (or longer) with proper maintenance. Reed is also excited about a new method that eliminates the need for mopping hot asphalt onto flat roofs, and an extra-thick, extra long-lasting shingle with granulars on both sides.

Reed admits he likes the look and longevity of a tile roof best — but not on all styles of architecture, not on every roof, and not in every neighborhood. “There behind Vons, a tile roof would be out of place,” Reed points out.

So the big question looms … whether you own your home or are looking to purchase a new one, how can you tell if it’s time for a new roof? With a typical shingled roof, there are some easy-to-see signs, even for those who know nothing about roofing.

Other than a leaky roof, as Kacy jokes, a loss of granulars from the shingles is a big one. You might see these sand-like grains on the ground around the perimeter of the house, especially near downspouts and where rain accumulates. “When those start coming off, when you see a lot on the ground, you’ll also see a shimmer on the roof — that’s the fiberglass showing through,” Reed says. “When it kinda shines like that, that’s the beginning of the end.”

And how can you get the most out of your roof? Hire an experienced, licensed professional, Reed says, who will utilize high-quality materials and guarantee their work. Ventura Roofing takes it a step further by using the same manufacturer for each roof, no matter if it’s got different pitches, flat areas, etc. “That way, you get one warranty from one manufacturer,” Reed says.

Another tip: don’t shy from regular maintenance. Small repairs every 5 to 10 years can significantly extend the life of the roof.

Still have questions? No problem — call Ventura Roofing. “I’ll come out and look at any roof for free,” Reed says.