Hot fun in the summertime! I remember my summer of 1969 very clearly. I was 18 and had just graduated high school. I had also just gotten my driver’s license and could hardly wait to go to the beach with my friend Ron.

The weather in the Santa Clara Valley was close to 100 degrees as Ron and I left for Santa Cruz in his family’s Ford Mustang. We were heading down to watch the moon landing with Gran at her small home near UC Santa Cruz — and also, to girl-watch on the beach at the Boardwalk.

The family car had a built-in Lear Jet 8-track tape player, and with the top down, we listened to Steve Miller songs on tape: Living in the USA and Space Cowboy.

I can’t describe all of the fun we had that summer in Santa Cruz, but I can tell you that we camped out on the beach, and I enjoyed my first campfire marshmallow. It was one of the best summers of my life.

Here are five fun and tasty recipes to consider cooking at the beach, at home, or around a fire at your favorite campground in San Luis Obispo, Santa Barbara, or Ventura Counties. 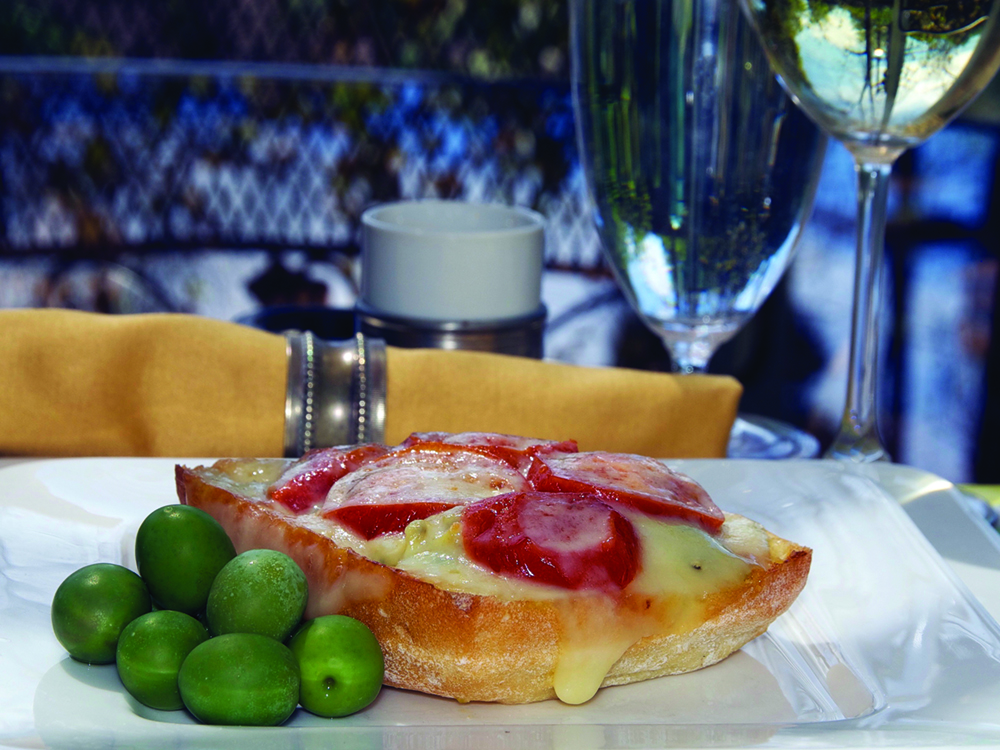 I read an article about an artichoke festival they have in Tuscany, Italy. The article featured a sandwich made with focaccia bread, black olives, and fresh baby artichokes seasoned with lemon juice.

I thought, “I wish I were in Tuscany right now.” Because traveling to Italy was not an option, I sat down at the kitchen table and began outlining artichoke sandwich ideas. I decided my sandwich would be open-faced and, for ease of purchase and prep, use canned artichoke hearts instead of the baby artichokes used at the Tuscan artichoke festival.

As I enjoyed this incredible sandwich in the sun on our back deck, I thought this is the kind of late afternoon meal Diane Lane would have shared with her lover in the movie “Under the Tuscan Sun.” It is the perfect sandwich for a summer fling with good food.

This hot, open-faced sandwich begins with a taste of classic Italian fontina cheese and buttery Castelvetrano olives. The fresh tomatoes, artichoke hearts, and crusty ciabatta get a kick from the fresh lemon and explode with flavor as you savor every bite.

Serve with a nice bottle of coastal chardonnay and clink glasses to toast friends, lovers, and the sunny weather we enjoy here on California’s Central Coast. Mangiamo!
Makes 4 open-faced sandwiches.

14-ounce can artichoke hearts (cut hearts in half lengthwise)

2 ciabatta rolls (cut in half horizontally)

1/2½ cup Castelvetrano olives (pit and slice in half)

Slice artichoke hearts in half lengthwise. Pat dry and set aside.

Heat one tablespoon of the oil in a skillet over medium heat. Add garlic and sauté for about 30 seconds. Add artichokes to the skillet and sauté until golden — about five minutes. Remove from heat and add lemon juice, parsley, salt, and pepper to the mixture. Transfer to a small bowl and stir gently to mix. Cover and set aside.

Return skillet to heat; add remaining one tablespoon of oil. Arrange tomato slices in skillet and season with additional salt and pepper to taste. Cook for about five minutes, then turn each slice over and cook for another 60 seconds. Remove pan from heat and set aside.

Assembly: Scoop out the doughy bottom of each ciabatta half, creating a cavity for the filling. Spread each half with 1/4½ of the olives. Mound the artichoke mixture over olives and arrange tomato slices over the artichokes. Place one slice of cheese over tomatoes.

Place sandwich halves on a baking sheet and place the sheet on a rack in the middle of the oven. Broil until cheese melts – about two minutes. Watch carefully, so the cheese does not burn. Remove sandwiches from the oven and serve while still hot.

Bang Bang Corn on the Cob 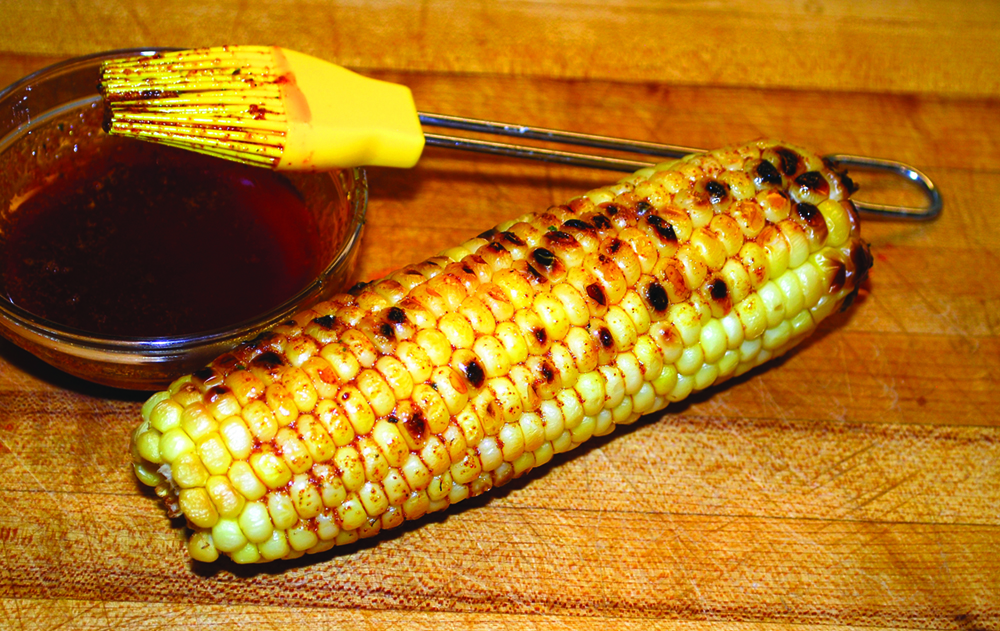 You’ve heard, no doubt, about Bang Bang Shrimp. But have you heard about Bang Bang Corn with a sweet chili-butter sauce? This simple corn-on-the-cob recipe is perfect because it’s different, cooked on the grill, and doesn’t heat the kitchen. Serve it with salmon skewers, a fresh Caesar salad, and a chilled beverage!

Preheat the grill to medium heat (about 400 degrees).

Mix together chili sauce, Sriracha sauce, butter, garlic, and lime juice. Slather most of this bang bang sauce all over the corn and season generously with salt and pepper.

Grill the corn, occasionally turning and basting with the remaining bang bang sauce, until tender and charred, 10 to 15 minutes. Remove from grill and garnish with cilantro. 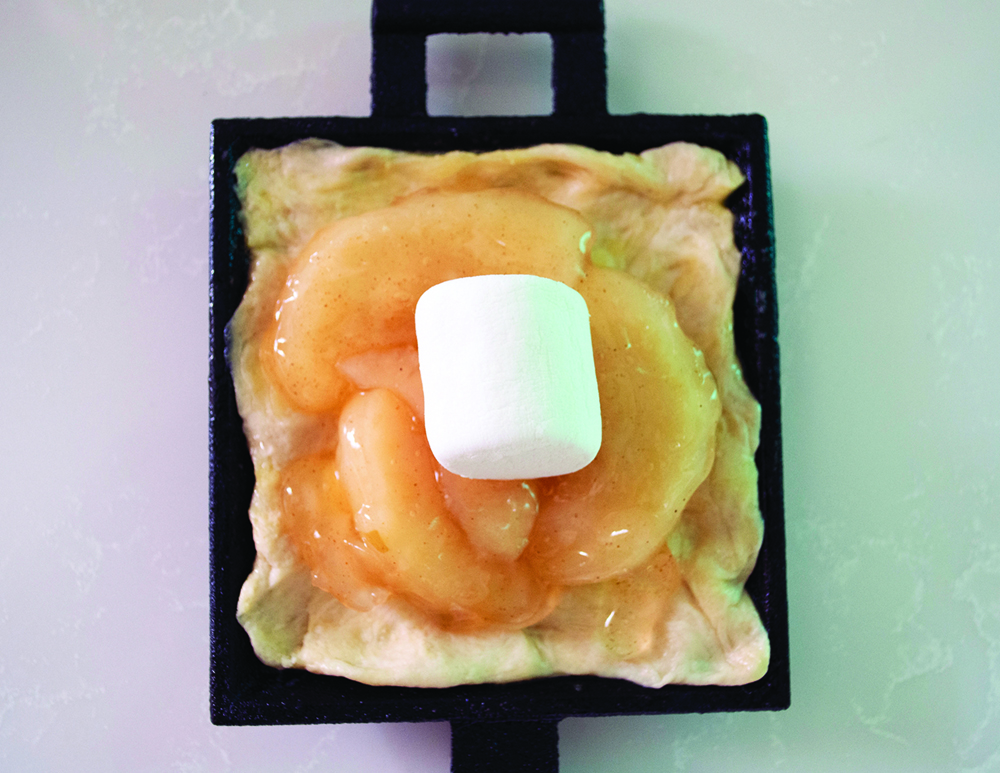 Consider this hand pie recipe next time you look for something different to make at the campfire. It’s a cross between roasted marshmallows and a slice of apple pie, and is good for a crisp morning breakfast or a late-night snack by the campfire.

You’ll need a sandwich maker if you don’t already have one. I use a Coghlan’s Camp Cooker which is inexpensive and holds up well over time, but many of these devices are available on the internet, so whatever works best for you is what you should use.

1 can of Pillsbury Grands Biscuits (8 biscuits per can)

Spray the interior of the sandwich maker with buttery cooking spray.

Then layer one biscuit on top of that. Close the sandwich maker and cook over an open fire for approximately four minutes per side. Cooking times will vary depending on the fire’s heat.

To serve, carefully remove the pie from the sandwich maker and allow it to cool for about two minutes before eating. Repeat three more times to get four sandwiches. 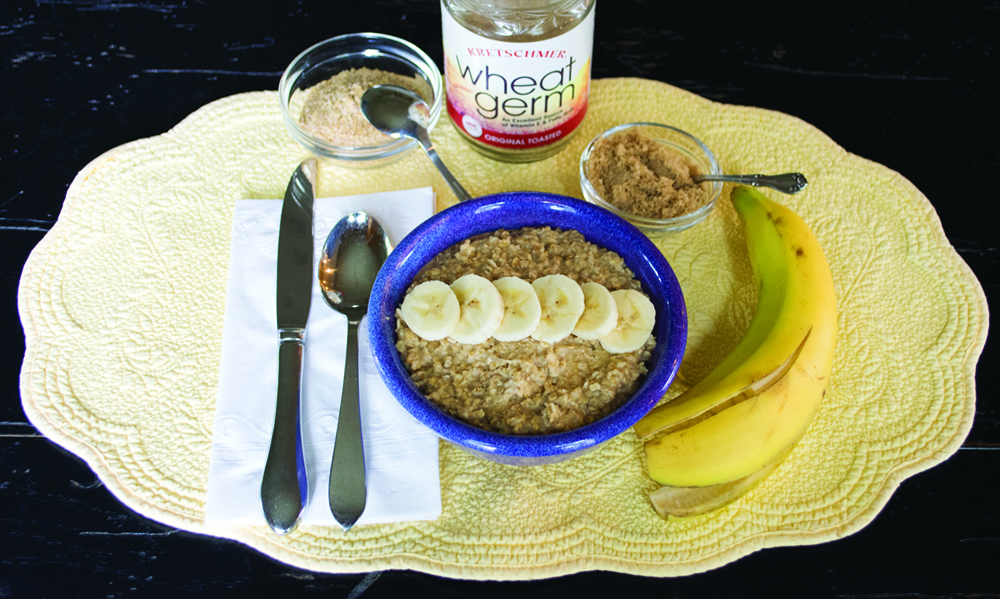 Are you looking for something fun to do with your kids this summer? How about making my Magic Oatmeal? Kids love it, and it is something you can do without heating the kitchen. It is a quick, hearty, and nutritious breakfast perfectly measured out for one person. Double or triple the recipe for more helpings. Add fresh blueberries as a topping if you have them!

Put oats, water, peanut butter, and brown sugar in a bowl and stir until the water is absorbed and the oats are soft. Stir in wheat germ. Top with sliced banana and oat milk.

Tip: I use regular oats, cooking them per box instructions. When they are ready (about eight minutes), I stir in the peanut butter, brown sugar, and wheat germ. 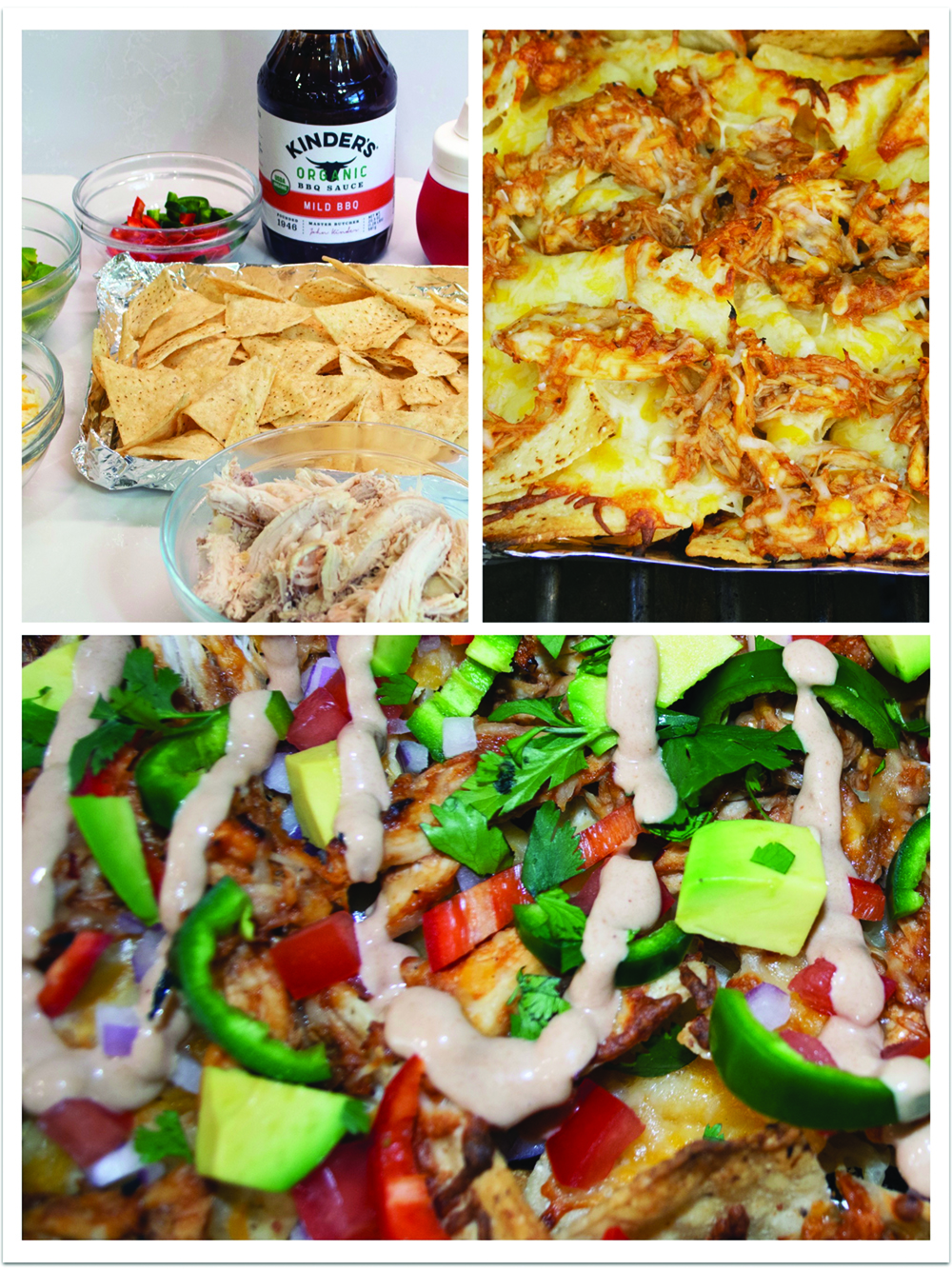 I recently made a bet with my friend, Lol. I bet him I could make nachos without heating up the kitchen. Lol thought this was bar-bet tomfoolery at its best, but it was not. These nachos are made on my outside grill — no kitchen heat at all — and I bet you that if you try them, you’ll smack your lips, as my friend did, and pronounce them amazing!

Preheat your grill for high heat (about 600 degrees). As the grill heats up, prep the ingredients.

Take two large sheets of heavy-duty aluminum foil and layer them on top of each other. Crimp the sides so that you have a large open “boat.” Arrange the tortilla chips over the bottom of the foil. Sprinkle 1 1/2½ cups of the cheese on top of that. Layer the chicken over the chips and sprinkle with the remaining cheese.

Place the nacho boats on the preheated grill, cover, and cook for five minutes or until the cheese is melted and the chips are lightly browned at the edges.

To serve, sprinkle with optional extras such as tomatoes, onions, jalapeños, avocado, and cilantro. Drizzle nachos with the sour cream barbecue sauce and munch away!