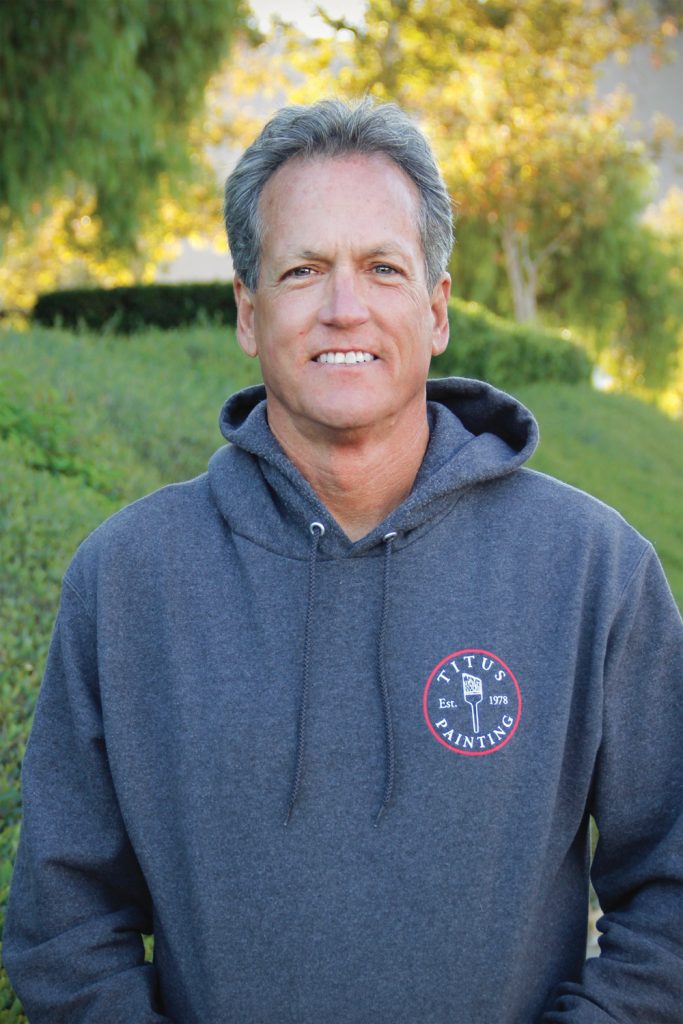 Scott Titus was 17 and fresh off the gridiron when he got a graduation gift that would change the course of his life: a box of 100 business cards.

They came from his mentor Roy Patton, under whom he’d worked for a few years. “I still lived at home at the time, so they had my mom and dad’s number on them,” Titus recalled with a laugh. The cards listed his specialties, which included home painting and wallpapering. “My dad said, ‘Looks like you’re paying rent now!’”

Today, 40 years later, Titus is still in the painting business, serving as general manager of Ojai Custom Paint, Inc. (also known as Titus Painting). The business changed names and incorporated in 2013 after some personal troubles, but Titus and his crew are looking forward and keeping plenty busy.

Titus attributes that to a solid crew — many of whom have been with him for decades — and a close-knit ownership and management team that includes his mom, Pat, and niece, Nicki Diaz. Over the years, other family members, like his sons Randy and Brandon, nephews Cody Flores and Ryan Cuthbert, and Ryan’s son, Cameron, have pitched in off and on to help run a tight ship. “Most of my 11 guys have been with me for a long time. One guy, Rosario (Lupercio) has been with me for 27, going on 28 years,” Titus said. 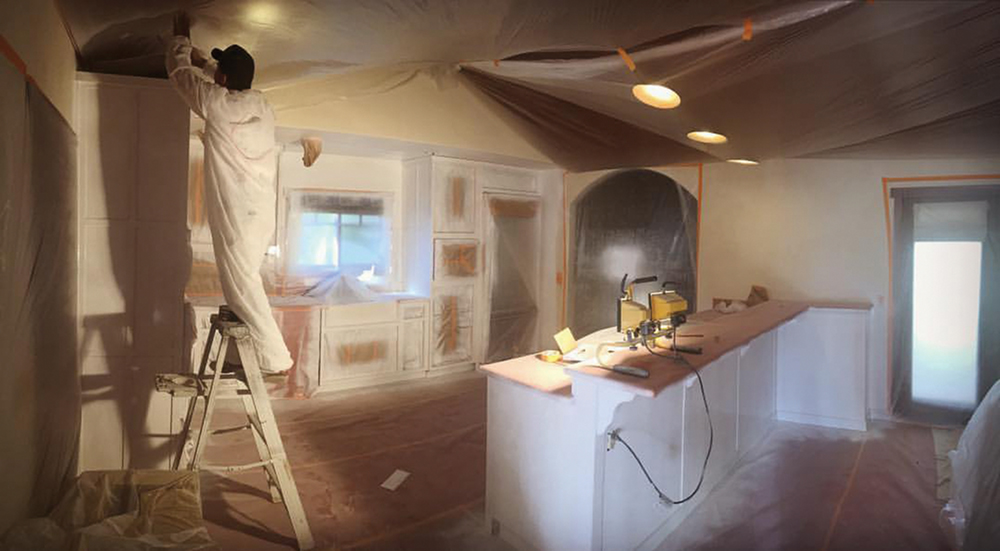 The Titus Painting crew is meticulous in their preparations.

That dedication has been a big factor in the company’s success. So, too, have Titus’s connections, forged over a lifetime spent in the Ojai Valley. He still does projects with guys he played football with at Nordhoff High School, such as Vance Simms, Scott Loomis, Chad Carper, and Scott Lowen — all of whom are successful contractors and  custom home builders.

The lessons Titus learned on the football field, first playing for legendary coach Jack Smith, and then coaching under another legendary coach, Cliff Farrar, have served him well in business.

“Working under Cliff, the structure, his organization and discipline, really helped me business-wise,” Titus said. “With my guys, they each bring talents to the table. So as general manager, my job is to identify the talents we have and fit them into (the position) that’s in their wheelhouse … They’re all really good painters, and have different skill sets. A lot of clients call us for a specific crew to do a job, because they’ve worked with them in the past, and know and trust them.” 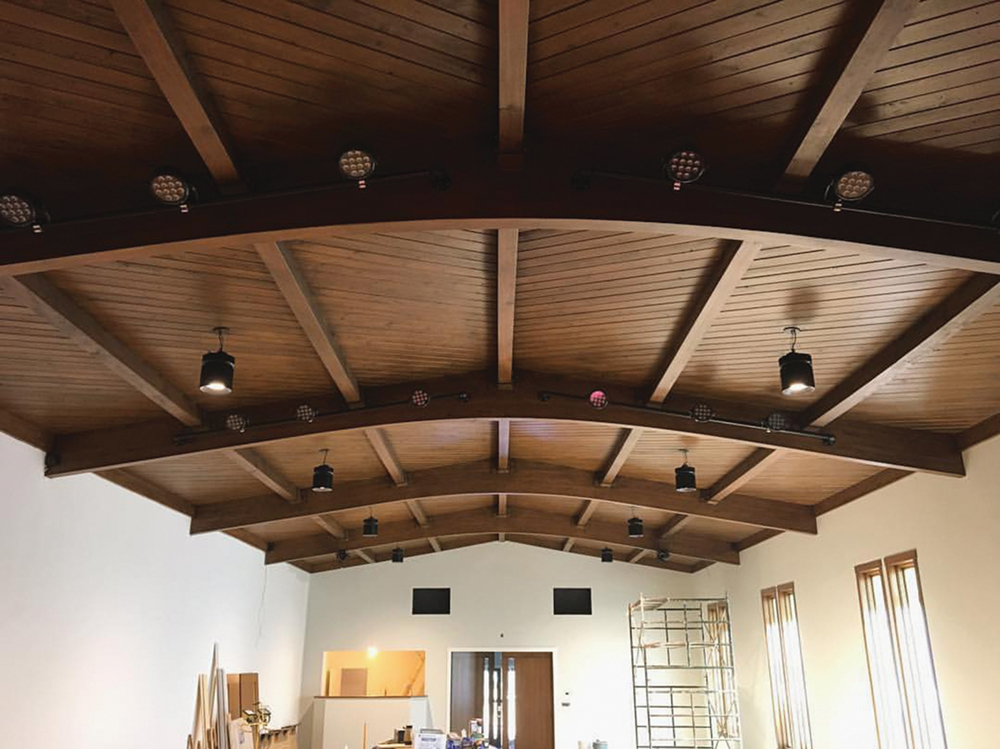 That fits perfectly with the company’s mission statement: Clients for life. “We try to make everyone feel like they’re our only client,” Titus said — even when he’s managing eight jobs at a time. Some are smaller residential properties needing touch-ups, while others are full-scale industrial or custom home jobs, but Titus’s goal of ‘clients for life’ remains the same.

“When you’ve been part of the community as long as Scott, you don’t have to have that salesman attitude. He’s not trying to sell anybody,” said Nicki, the company’s president. “It’s word of mouth, which is why I think the company has been around this long. You have to earn that respect and trust.”

When they want to mix it up and try something new, his clients — both homeowners and the many contractors he works with — tend to trust Titus and his crew. “We’re doing some really unique custom finishes — wood graining, higher-end paints, brushed finishes. It’s really hard to find guys who can do that, but fortunately, that’s my guy’s strengths. You don’t want it to look like it was put on with a whisk broom.”

These new challenges are what keep the job interesting and fun, Titus said. “With the internet, Pinterest, and all those sites, there’s always these new techniques and new finishes that clients want us to try … and some clients really give us a lot of leeway in suggesting finishes. It makes it fun, not just a straightforward finish.” 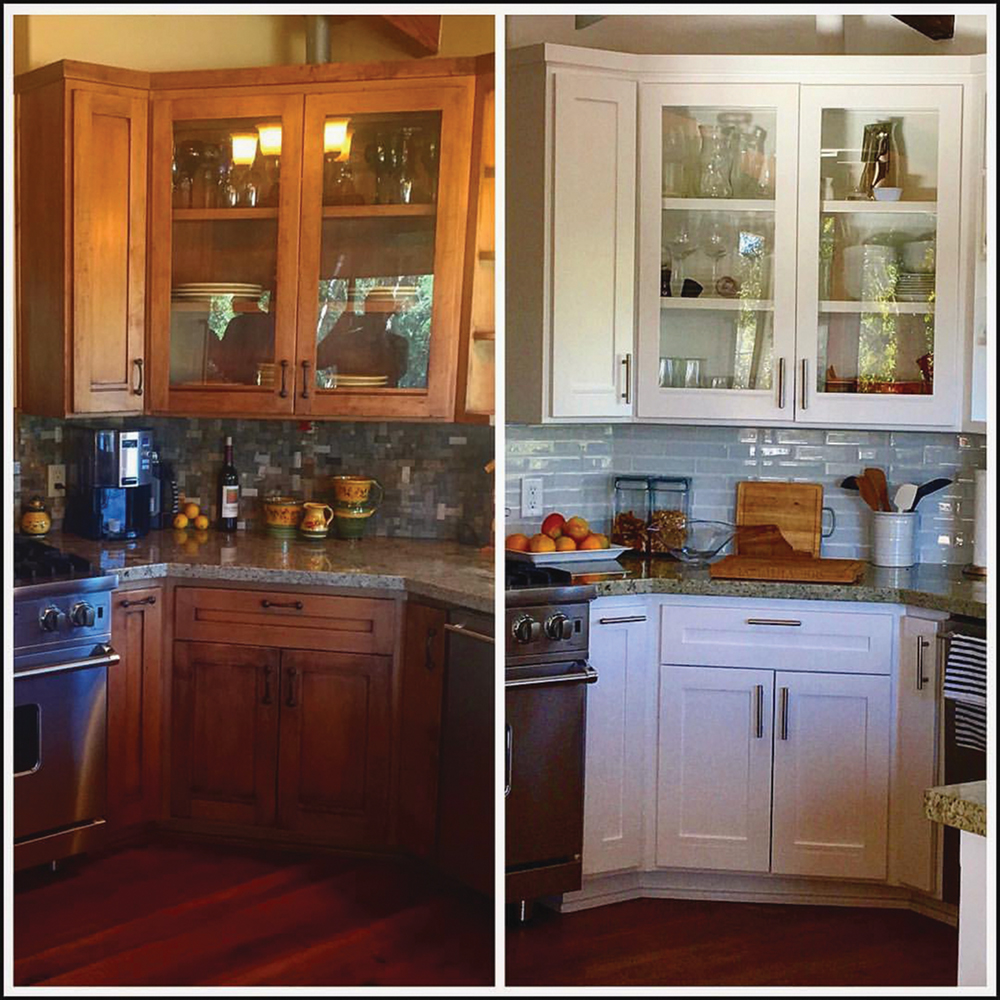 Before and after photos show how a custom paint job can transform a kitchen and give it a unique personality.

Another thing that keeps the Titus Painting crew on their toes: new products and rule changes. “There are ever-changing products, and the EPA’s changing the VOC (volatile organic compounds) contents … I’m always doing research to keep up with regulations, and also finding out the latest colors and products that work best together.”

When he’s not working with Titus Painting, Titus still helps coach Nordhoff’s football teams. It’s a passion he’s carried with him since he was a kid. And when his oldest son, Brandon, turned 10, Titus passed down his love of the game. Along with a couple of buddies, Titus expanded the middle school Eagles Football program to include two younger teams for the first time ever. In 1996, varsity head coach Farrar gave Titus the freshmen team head coaching position. And when Farrar moved on to Buena High in 2008, another of Titus’s protégés, Tony Henney, took the helm. 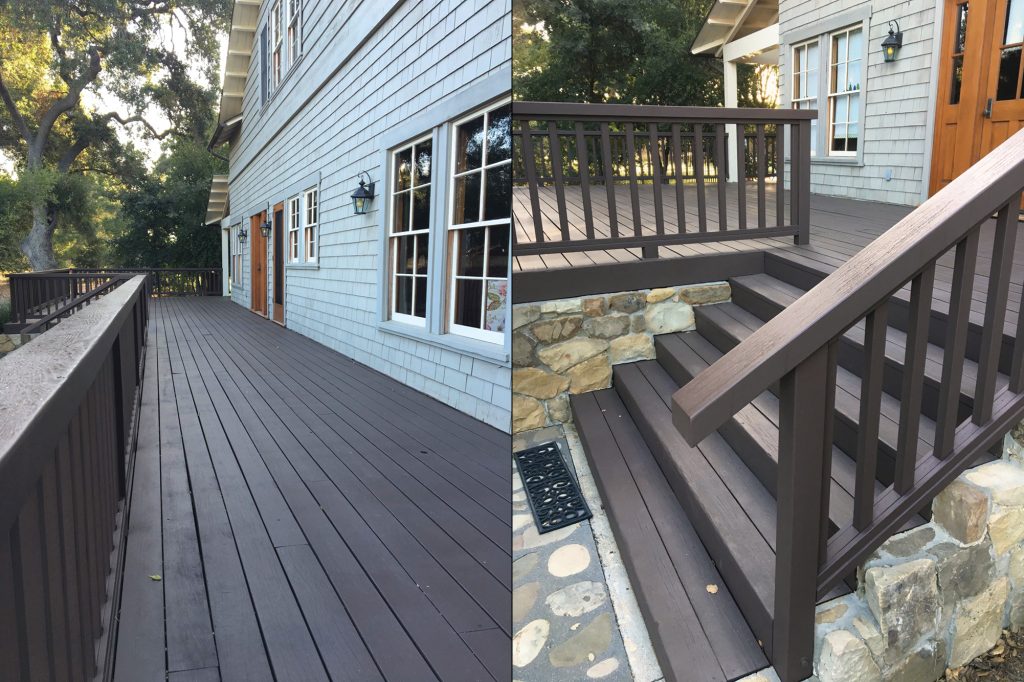 A patio deck done with solid-body stain, which is durable and still highlights the grain.

“Tony asked if he could coach under me when I was coaching the Eagles,” Titus recalled. “That first practice, he walks out and asks, ‘Can I have permission to show these players what their jobs are?’ So we said ‘Sure.’ And he went up to each kid, told him what his position entailed, what his job was, and the personality that went with it. And we all saw, right there, this kid’s good.” When Titus moved up to coach high school, Henney took over and won the youth Super Bowl for the region. “So I asked him to be my offensive coordinator when I was the JV head coach.”

Thanks to Titus’ guidance — and Henney’s own grit and spot-on instincts — Henney would go on to lead the Nordhoff Rangers to win the CIF-SS division championship. It was the first the school had ever won, in 103 years.

The town celebrated with a parade through downtown, and Henney and his boys did it again the next year. Two back-to-back titles in as many years — to say Titus was proud doesn’t begin to cover it.

Though Henney has since moved on to coach at larger schools in the region, Titus is still helping coach at Nordhoff, now under Lance Wiggins. And he’s still keeping his eyes open for the next up-and-comer, whether that be as future coach or even as a future employee at Titus Painting. With as many years in the Ojai community as Titus has, it’s no surprise he’s got a winning record in both arenas. 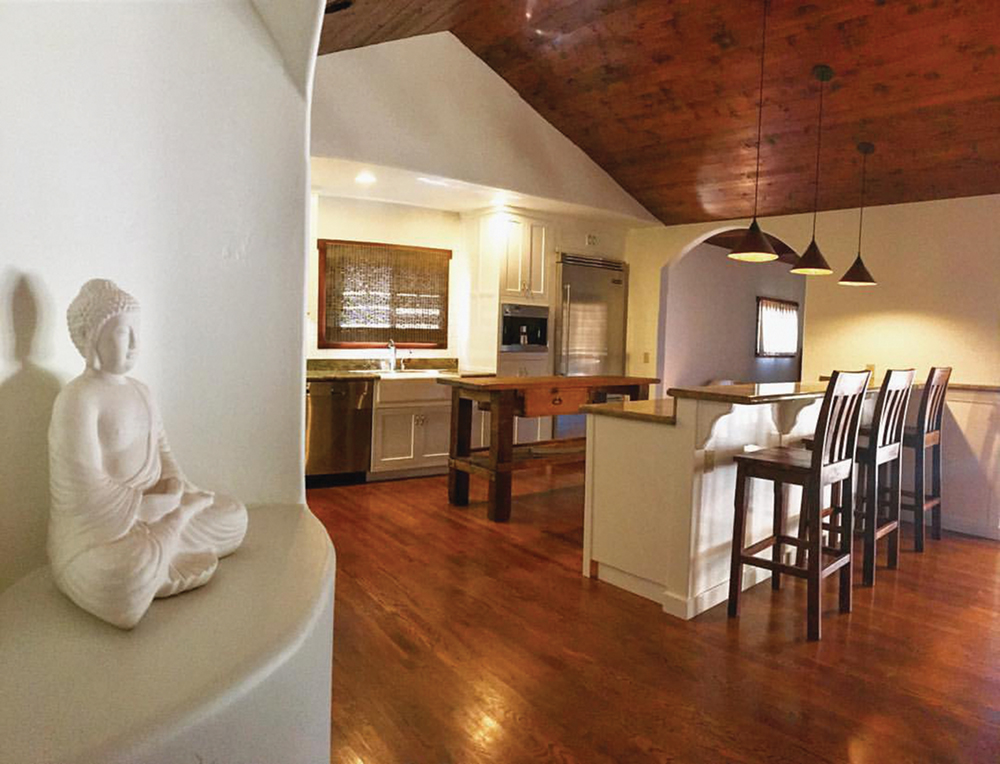 The results of all that preparation and careful work? A gorgeous new cabinet finish, which looks great with wood stains the Titus crew completed more than a decade ago.