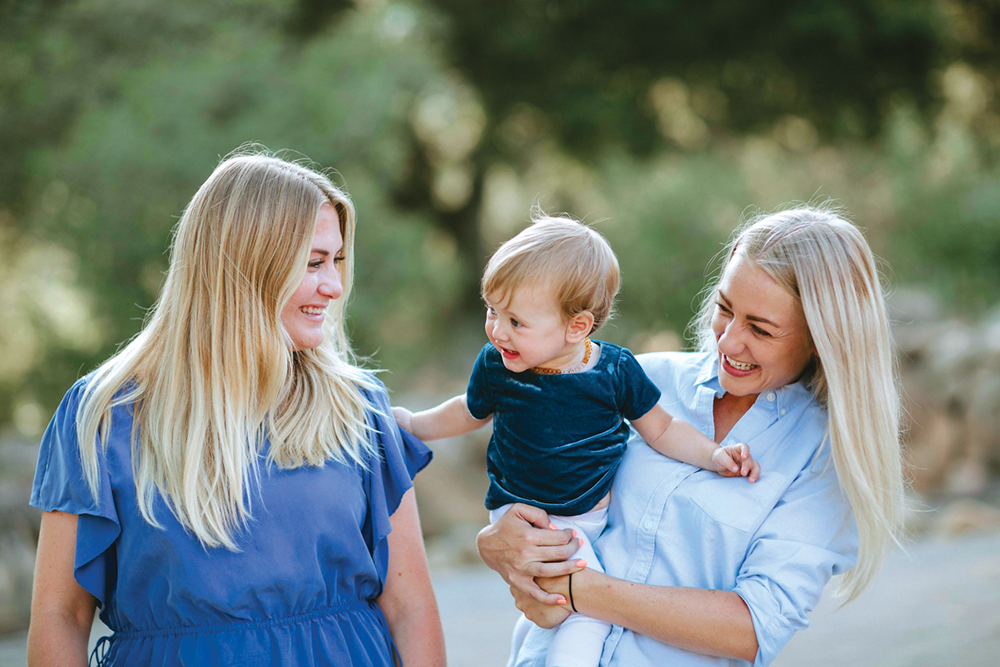 Until this issue, we’ve always featured just one Realtor at a time. But the VanKeulens merit a change in that template. Coworkers, co-homeowners, best buds, and sisters, Lauren and Cassandra recently learned they share something new: the 2018 Realtor of the Year award. Never before has the Ojai Valley Board of Realtors (OVBR) granted the honor to more than one agent at a time. But at their annual Installation Luncheon on January 10, the group decided that this year, two were better than one.

And it makes sense. The VanKeulens are busy Realtors and active volunteers in the community — key requirements for the award. They work with the Ojai Tennis Tournament, Humane Society of Ventura County, Relay for Life, Ojai Music Festival, Homes for Dogs Project, Ojai Young Professionals group, the OVBR marketing committee … you get the picture. Past Realtor of the Year awardees vote to decide who will be the next winner, meaning the VanKeulens are in very good company.

“We’re all competing against one another” for business, Cassandra acknowledges, “but we can all come together and enjoy each other’s company. We learn more together, how to improve, how to sustain what we have here (in Ojai) … we actually enjoy working with them. Few communities have such a supportive group of peers as Ojai does,” she added. And that, of course, bodes well for valley buyers and sellers.

So, too, does the fact that the VanKeulens were entrenched in the real estate industry long before they began their professional careers. Their mother, Anne Williamson, recruited them as kids to help with her open houses, planting the roots for what would one day become the Williamson-VanKeulen Group.

But neither Lauren nor Cassandra envisioned a career in real estate growing up. Born in Canada, they moved to Hong Kong for several years for their dad’s job before their parents happened to meet a pair of Ojai residents, the Trudeaus, on a ski slope. They convinced the family to move to Ojai so the girls could attend David’s alma mater, Ojai Valley School, in 1996. Given the idyllic childhood they had here — riding horses, playing tennis, backpacking — it’s no surprise they eventually returned to town as adults.

But both sisters explored separate educational and professional pathways, taking them through several industries and across the world before settling back into Ojai. Cassandra headed back to Canada for a degree in Interior Design from the Art Institute of Vancouver, and then explored careers in hospitality and marketing. “But I really wanted to work for myself,” she realized, “and implement interior design into real estate.” So she joined Ojai’s Coldwell Banker seven years ago, earning her license and staging homes. She’s since sold dozens of Ojai area properties, from small starter homes, to luxury estates, to wineries.

Lauren, meanwhile, went to school in New Orleans, graduated with a master’s degree in Hospitality Management, and worked all over the world — from Canada, to Singapore, to the Malibu Beach Inn — before joining her mom and sister in real estate in 2017. “I still get to collaborate with a team,” Lauren said, “but there’s still autonomy over what I do.” With the support of her family Lauren learned quickly, making $3 million in sales during her first year in real estate.

In her free time, she works at Old Creek Ranch Winery, the 850-acre winery she, Cassandra, and Anne recently sold. Time spent in the tasting room keeps her tapped in to what both locals and visitors alike value about Ojai. And hey, if someone mentions they want to move to town, Lauren can recommend the perfect real estate group.

Today, the Williamson-VanKeulen Group is a power trio with almost a quarter of a century of experience between them. And while they all have the same values, Lauren pointed out, they bring different things to the table. “Mom has a background in psychology … so she’s like the in-house therapist,” Lauren laughed. “Cassandra has a background in creativity and the marketing aspect of things. She’s able to help someone declutter, redecorate. I bring some more structure and policy background.”

Added Cassandra, “It’s not just that our clients can trust us. We can trust each other.”

The sisters recently purchased a home together in Ojai — Lauren’s first, Cassandra’s second — giving them a new dimension of empathy for their clients. “Going through the whole transaction from the other side, the stress, the last-minute curveballs,” Lauren said, “makes it easier to help other people.”

And they’ve recently added a new member to their team: Cassandra’s one-year-old daughter, Alex Anne. Just like her mom and aunt, Alex is no stranger to Open Houses. And with a little one around, they’re all seeing Ojai through new eyes — with a renewed dedication to preserving what makes this community such a special place.

They love taking Alex around town to the places they know and love — the Ojai Valley Inn, the Ojai Valley Trail, community events, even the Ojai Tennis Tournament Tea Tent, which Lauren is co-chairing this year. It’s extra special taking Alex to the Libbey Park playground, which Cassandra helped build long before her daughter was born.

“With Alex in the picture, a lot of things fell together,” Lauren said. “We’re not just selling (properties), we’re selling a lifestyle. And we believe in this lifestyle.”

Added Cassandra, “I feel like — whether they’re from overseas or down the road — we’re in the position to help other people do the same thing we did. We can help them assimilate into Ojai, help them with that transition.”

To learn more and view their properties, visit thewilliamsonvankeulengroup.com or call (833) BUY-OJAI.