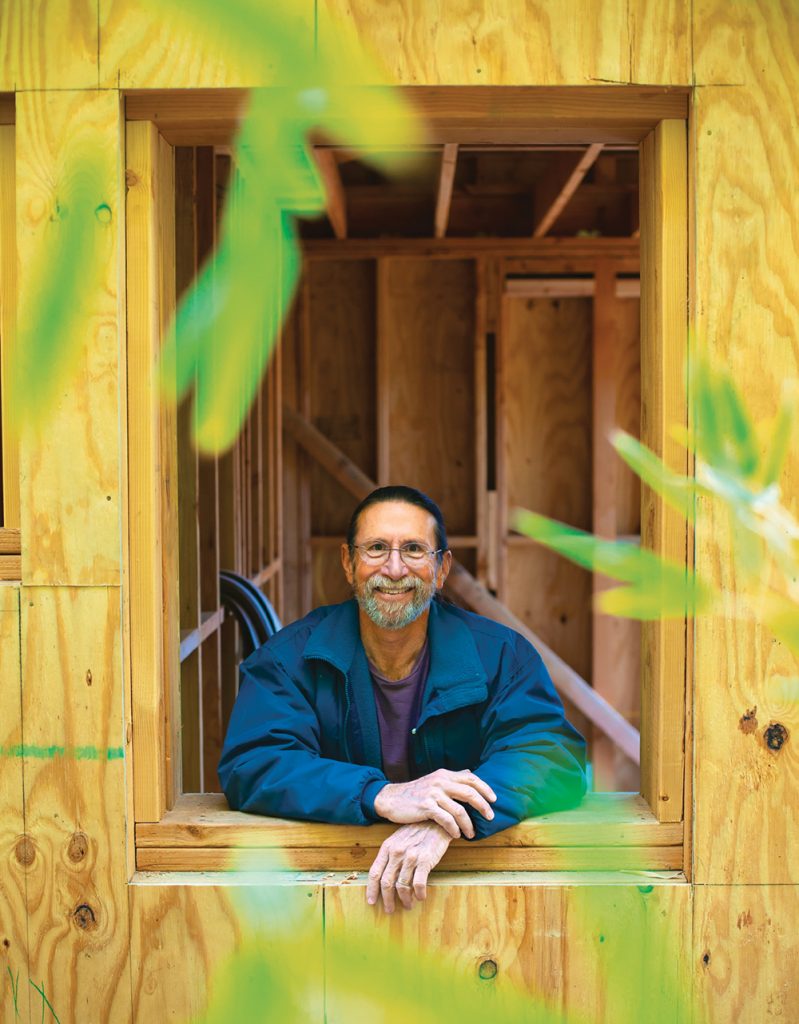 Life has a way of coming full circle, of not taking a linear path. For Kerry Miller, an award-winning designer and builder based in the Ojai Valley, his career path would begin with a degree in sculpture University of New Mexico. From there, Miller found his way to cabinetry and working with a contractor who built custom adobe homes. “The great thing about adobe is its sculptural properties,” Miller said. “It was so much like the things I was doing with my art, and very creative.” This would inspire him to get his contractor’s license. In the following years, he’d begin building custom entry gates for the biggest home builder in Albequerque, and eventually opened his own woodworking shop.

But, he said, “after a few years of doing that, I realized I really missed being out in the field more, and wanted to get back into remodels and additions and building homes.” So he did — but still kept the woodworking shop open, which enabled him to do all his custom wood work in-house. He continued to expand his business in building homes, additions and remodels in New Mexico.

One day, while working on a project as a builder on an adobe pool house, he had an epiphany. “Something clicked in my head,” Miller remembered. “I’m going about this all wrong! I’m looking at this as a builder, not as an artist. I need to step out of the shoes I’m in, step back and look at this project — and all my projects — as functional sculpture.”

Suddenly, his training and instincts as an sculptor merged with his skills and precision as a builder. “That one moment really transformed the way I look at projects today.”

He’d bring this blend of art and construction to the Ojai Valley in the year 2000, when he and his wife fell in love with the area. He met Leslie, his “California girl,” when she was living in New Mexico, and in the late 1990s, they decided to make the move West. “After 20 years of experience as a general contractor in New Mexico, I decided it was time to try something different,” he said. So they spent two weeks driving across California in search of their new home.

“Leslie had visited in the ‘70s and remember it, so we decided to add it as one of the places to check out,” Miller recalled. “And of all the places we went, Ojai struck us as being an artistic community, a small community — which is what we were looking for — and just beautiful.”

Though Miller would be starting his business over from scratch, “I had the right frame of mind to be able to start over, not knowing a soul here, starting slow. It was a lot more hand-on with much smaller projects.”

His skill and approach to building and designing resonated on the community, and his following grew. Less than 20 years after coming to town, Miller’s leaving his footprint on one of the valley’s most well-known and beloved buildings: the Ojai Playhouse. In summer 2014, a water main burst under the Playhouse, causing extensive damage to the historic building in the heart of Ojai. As Miller was already doing work on the adjacent Village Jester bar at the time, he agreed to tackle the significant restoration project, as well. Years of litigation interrupted the project, but he’s now back at it, having just poured concrete in the rear of the building. Soon, the building will be sealed and waterproofed, and work will begin inside.

Miller does both commercial projects, like the Playhouse, as well as residential projects, and consultant work. “I am extremely fortunate to have some very diverse projects going on right now,” Miller said. Aside from the Playhouse, he’s just completed work on Canvas and Paper, a new art gallery on North Montgomery where Soul Centered once resided. “It was a total renovation of the whole property. it took 14 months. The owner had a vision, and I helped to created his vision, alongside Jane Carroll, a local Ojai designer.” The gallery houses rotating artworks in a museum-like format; that is, the art isn’t for sale. It’s a passion project by the owner, who also installed gardens in the back of the once-residential property. “It’s totally different than what was there before,” Miller said. “There’s nothing else like it.” 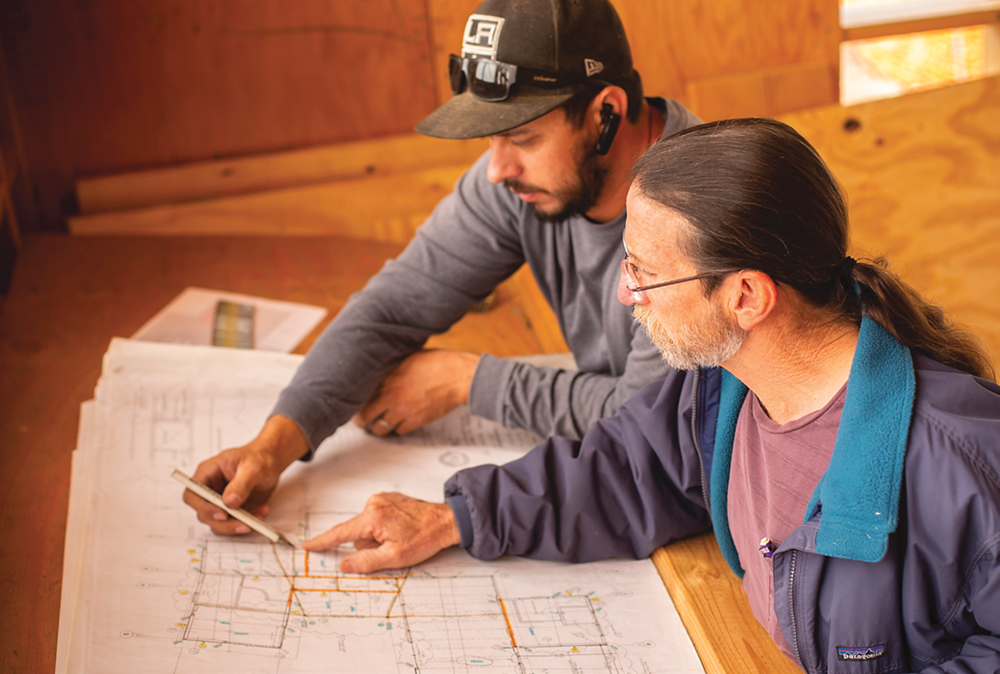 Miller’s also working on a home winery accessory structure, which will be used for processing and storing wine. “It’s a home winery. It’s built into a hillside, within the city limits of Ojai,” Miller said. Then there’s a partial home remodel, and also a very large, whole-house remodel in the works at the top of Signal Street.

“It’s gotten to the point where now, going forward, I’ve got the freedom to be able to pick and choose the projects that I feel are the best fit for me, interesting projects,” Miller said.

Miller enjoys working with alternative building materials that increase energy efficiency. “When I go into a project that encompasses an entire property, I am able to guide them in water management, bringing in the right landscapers to help with drought-tolerant landscaping, helping to guide clients into making very energy efficient, resource-efficient homes,” he said.

Design-wise, Miller’s first loves are the Southwest and Spanish styles. But, he emphasized, “I pride myself on being able to work with each one of my clients to pull out of them exactly what they want, to create a home for them that is truly THEM, and not what I want them to have. It’s about making their dreams come true, not my dreams.”

He loves that at this point in his career, he knows the right questions to ask and can provide the right types of information to help clients uncover those dreams. “By asking the right questions, just listening to those answers, I’m able to give them what they want and give them the right choices … when maybe they didn’t even know what they want,” he said. And he applies this approach when he’s working with other designers and architects. “I take in all the information and don’t step on their toes. I’m totally open to presenting any of my ideas if they want them. But just like with the homeowners, I want them to have what they want, not what I want them to have. I’m very respectful of what they they do.”

One thing he won’t compromise on, however, is doing things the right way. “Everything I do, I do it 100 percent legal,” Miller said. “We’re going to do it per the codes, fully permitted, every single time.”

To see Miller’s work and learn more, visit his website at kerrymillerdesigns.com