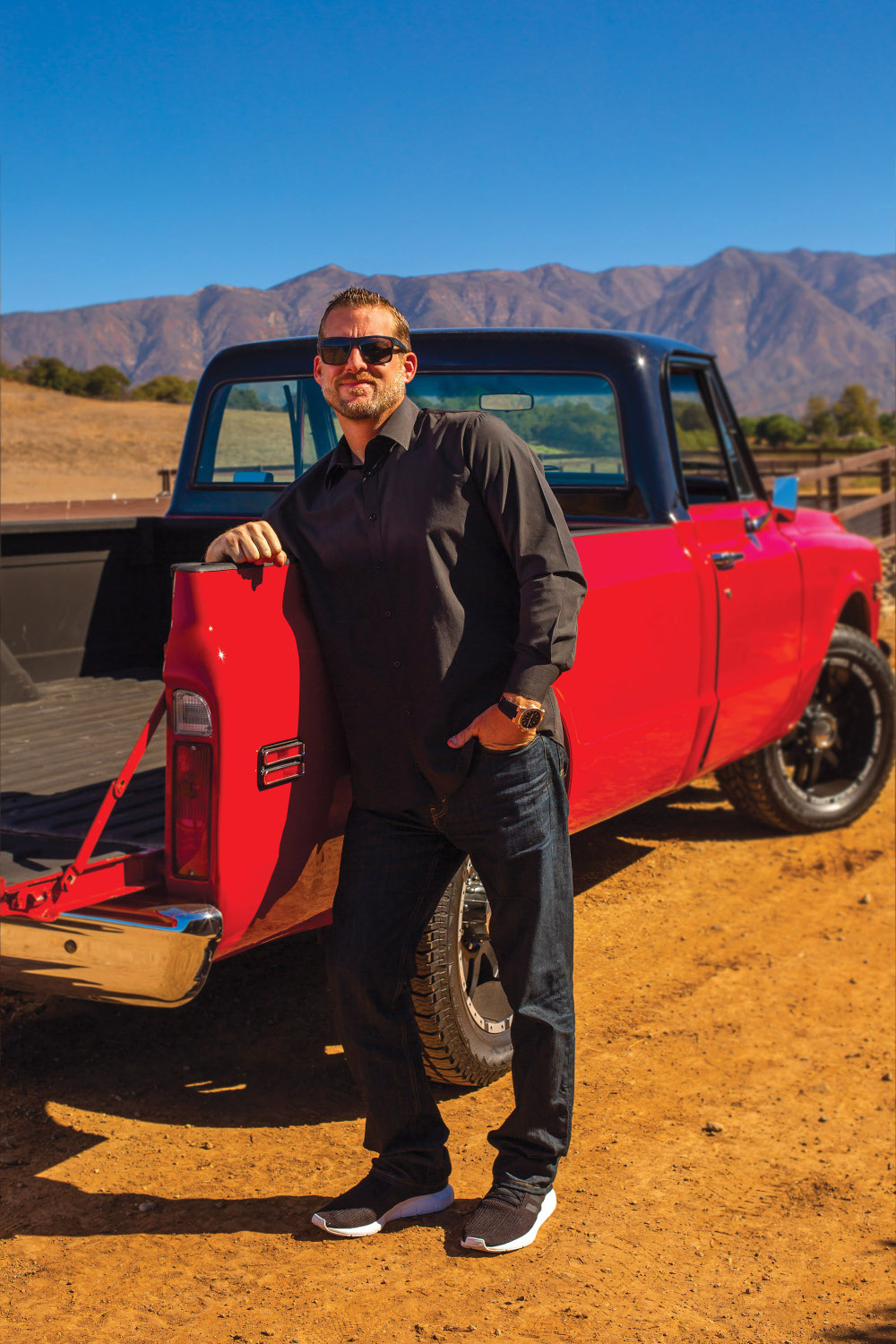 If you had to describe Nate Minkel in a word, it would probably be “perseverance.” The 38-year-old LIV Sotheby’s International REALTOR  has been through thick and thin over the years. If ever the phrase, “you can’t keep a good man down,” was appropriate, it would be with Nate.

“I’ve been through so much that people don’t know about,” he said. “It’s one of the reasons I like to help others when needed and called upon. ”

In 1996 he tragically lost his older brother, Justin, which shocked everyone and was difficult for Nate to overcome. After his life was so suddenly flipped upside down, at the time moving on seemed impossible. But with help and support from the community, he was able to slowly get things back together.

More recently, he witnessed a completely different type of tragedy unfold right in front of him. In October of last year, Nate was having a blast in Las Vegas cheering on his favorite country artist, Jason Aldean, during the Route 91 Harvest Country Music Festival when all hell broke loose.

“I was center stage for the Aldean show,” he said. “We were really excited to see him perform as ‘Dirt Road’ is one of my favorite songs, which was up next. My girlfriend and I went to the bathroom and as we were walking back to our spot, I heard shots fired. I knew it wasn’t fireworks when I saw the lady next to me shot. I grabbed my girlfriend, put her in front of me to shield her and starting running for our lives.  I witnessed things that no one should ever have to see, and I’m truly grateful to be alive today.”

Like with the loss of his brother, Nate said the community was there for him and helped him move forward in life.

“The people in Ojai have helped me overcome a lot of it,” he said. “I always try to put the negative behind me and focus on the positive. This town makes it much easier to be positive.”

Now, almost a year since the shooting, his perspective has continued to evolve.

“People can see that I’ve slowed down a little to appreciate life,” he said. “I really try to live for every moment now. Try to appreciate every day a little more. It’s a new year, new me — I’ve got a whole new outlook on life.”

Of all the forces pushing him forward, one in particular stands out for Nate.

“My 6-year-old daughter is everything to me,” he said. “I’m really trying to build a legacy that she can be proud of. I’m the proudest father in the world. I love living every day of my life for her.”

In creating that legacy, Nate has been steadily building his business in the real estate industry. Over the years he’s sold millions of dollars in properties and has been recognized as one of the top producers in his field several times. He was named the No. 1 local agent company-wide in his second year in the business.

Much of his success stems from deep-rooted connections with the Ojai Valley, where he’s lived for most of his life. Having gone through school in Ojai from kindergarten through 12th grade, he knows the town like the back of his hand and still maintains many friendships he cultivated in school in the ‘90s.

“My mom was a school bus driver for Ojai Unified (School District),” he said. “I played sports all through school. Had a great time in high school at Nordhoff. I’ve been able to work with a lot of people based on those connections and my loyalty to Ojai.”

Work hasn’t always been easy though. With things like drought and fires looming over the town, things were a bit bumpy for awhile. Nate is optimistic though, that things have slowly been returning to something more akin to normal.

“I think the market is stabilizing,” he said. “We’re really starting to see some price adjustment. The prices got a little crazy and started to create a little micro bubble. Buyers started being a little more reserved — a little more on the fence. Inventory has increased and those prices are stabilizing. That’s giving more options for buyers. Houses that are priced right are selling.”

When not out selling homes, Nate can often be found outside living life to the fullest.

“I love spending time with my family and friends,” he said. “Camping, the outdoors — it’s really important to take time to enjoy these things. Sometimes it’s just grilling a tri-tip and playing some cornhole.”

An avid mechanic, he also spends his spare time rebuilding and refurbishing old trucks, like the custom 1972 Chevy C-20 with two-tone red and black paint scheme and 350 motor he just dropped in two weeks ago.

“This one was a fun restoration,” he said as he ran his hand over the bright red surface of the hood. “I redid everything on this truck. Engine, paint, transmission, bedliner, interior — everything. Now it’s up for sale and I’m building another one.”

“My family still lives in Ojai,” he said. “My daughter loves spending time at Meema and Poppy’s house in the swimming pool. At the end of the day, family is what it’s all about.”

For more on Nate Minkel check out his profile at homesbynate.com.