If you live, work, or play along the Central Coast and you are looking for something fun and different to do this winter, look no further than University of California, Santa Barbara men’s and women’s basketball. Situated on one of the most beautiful locations in Santa Barbara County, UCSB is a gem both athletically and academically. In fact, UCSB was recently ranked the No. 7 public university in the country by U.S. News and World Report. Especially if you have kids into basketball, or who are looking at colleges, UCSB is a must-see. 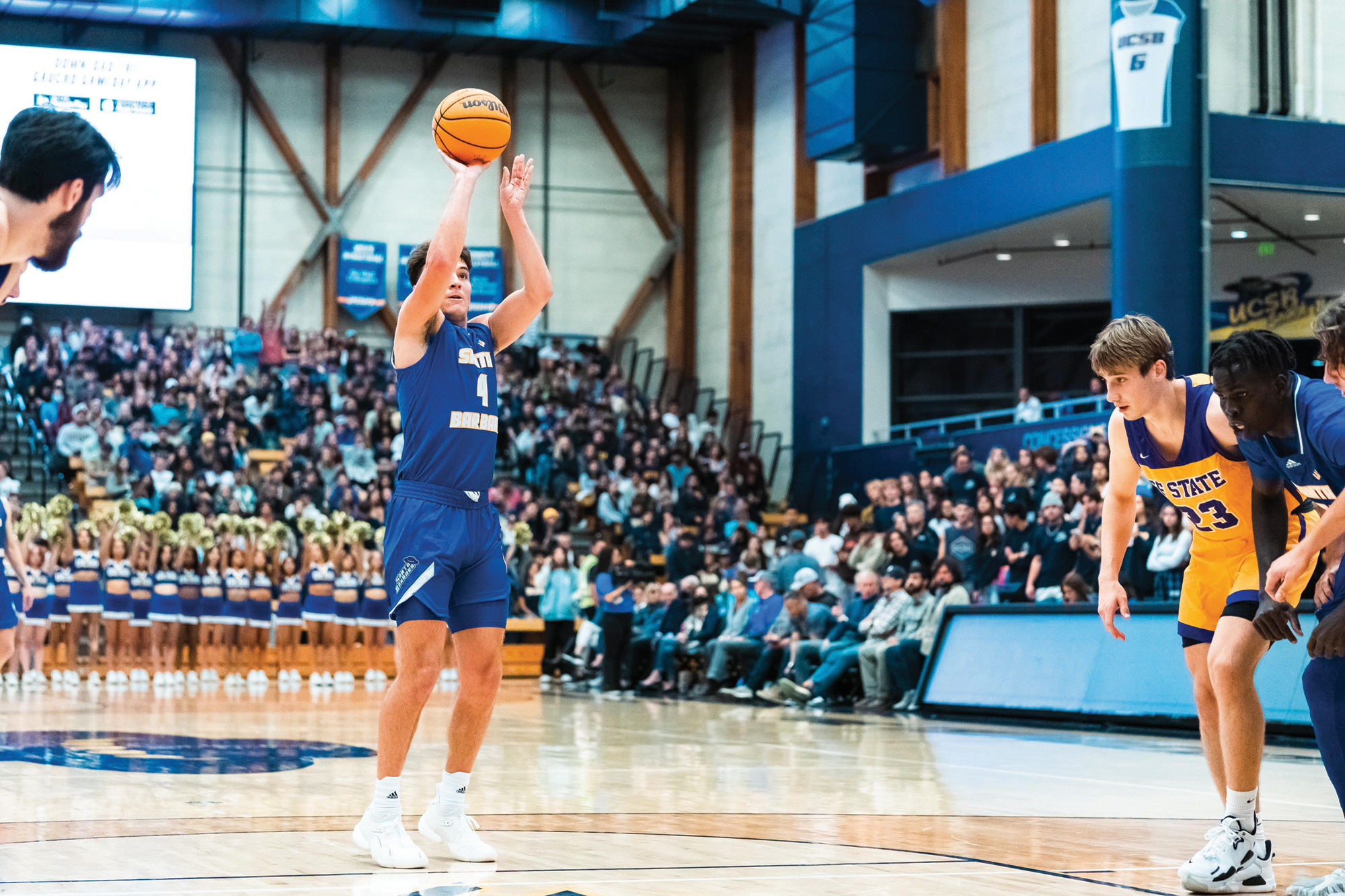 Not only do the Gauchos get it done in the classrooms and research labs, but they also produce an entertaining brand   of basketball that will thrill fans of all levels. UCSB plays the Big West along with the likes of Cal Poly San Luis Obispo, CSU Bakersfield, Cal State Fullerton, Cal State Northridge, Hawai’i, Long Beach State, UC Davis, and UC Irvine.

Taking in a UCSB basketball game can be a thrilling experience, especially in the school’s legendary Thunderdome. The Thunderdome is a 6,000-seat arena and is widely known as one of the loudest and most difficult places for opposing teams to visit. In recent years, UCSB has made several improvements  to the facility including new seating and a massive replay monitor,  which makes game night much  more enjoyable. 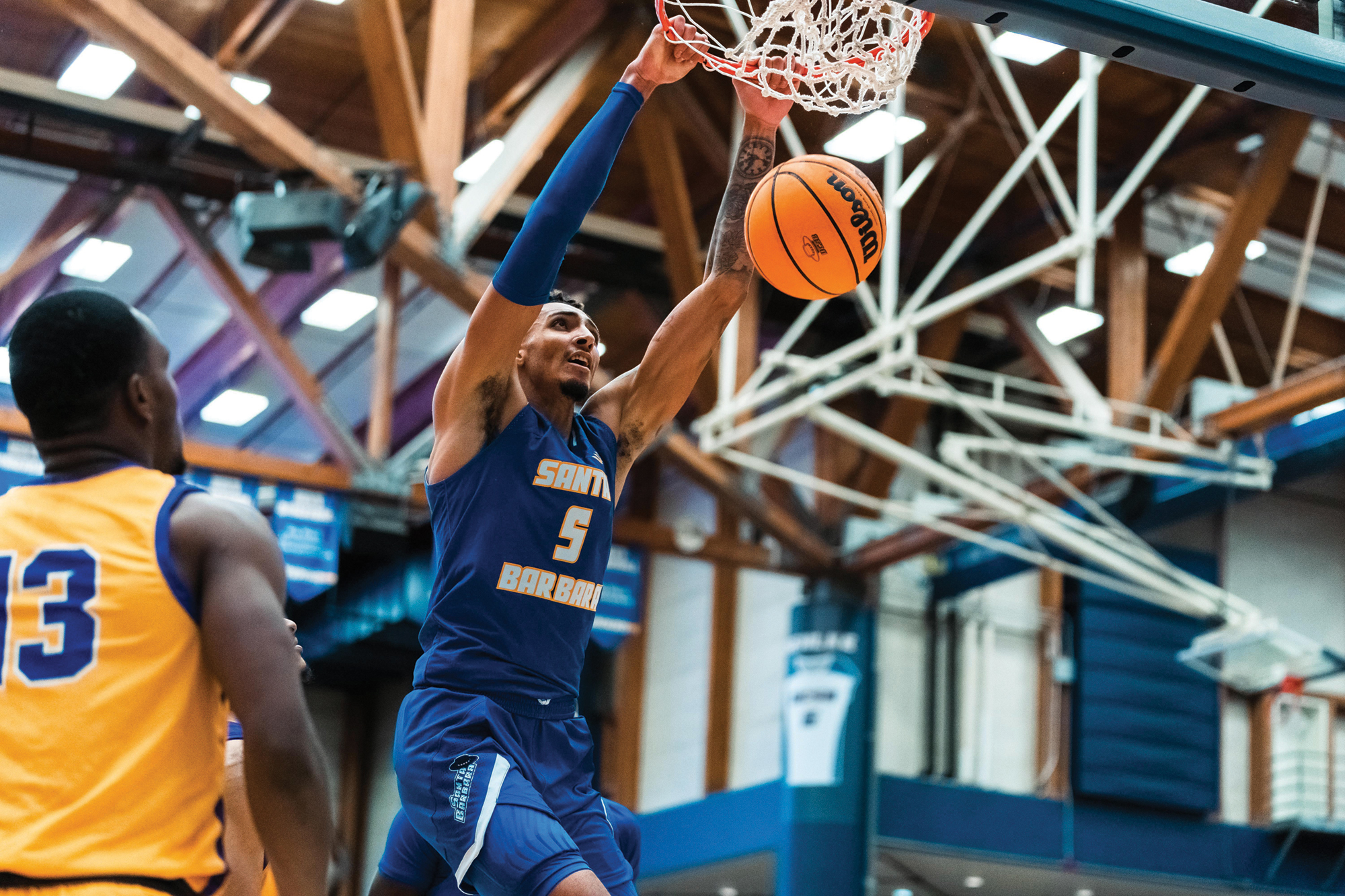 Within walking distance to the Thunderdome are a number of restaurants and bars in the Isla Vista community, so making a fun night out of a UCSB basketball game experience does not take much planning or effort. The UCSB campus is situated on the Pacific Ocean, so a walking tour of the grounds is also a fantastic way to get a little pre-game exercise or fun activity for your out-of-town guests.

This winter, the UCSB men’s team is expected to have a stellar season. In fact, the Gauchos are the preseason favorites to win the Big West Conference, according to a coaches’ poll. The other conference teams were picked to finish in the following order: Hawai’i, Long Beach State, UC Irvine, UC Riverside, UC Davis, Cal State Fullerton, CSU Bakersfield, Cal Poly, UC San Diego, and Cal State Northridge. 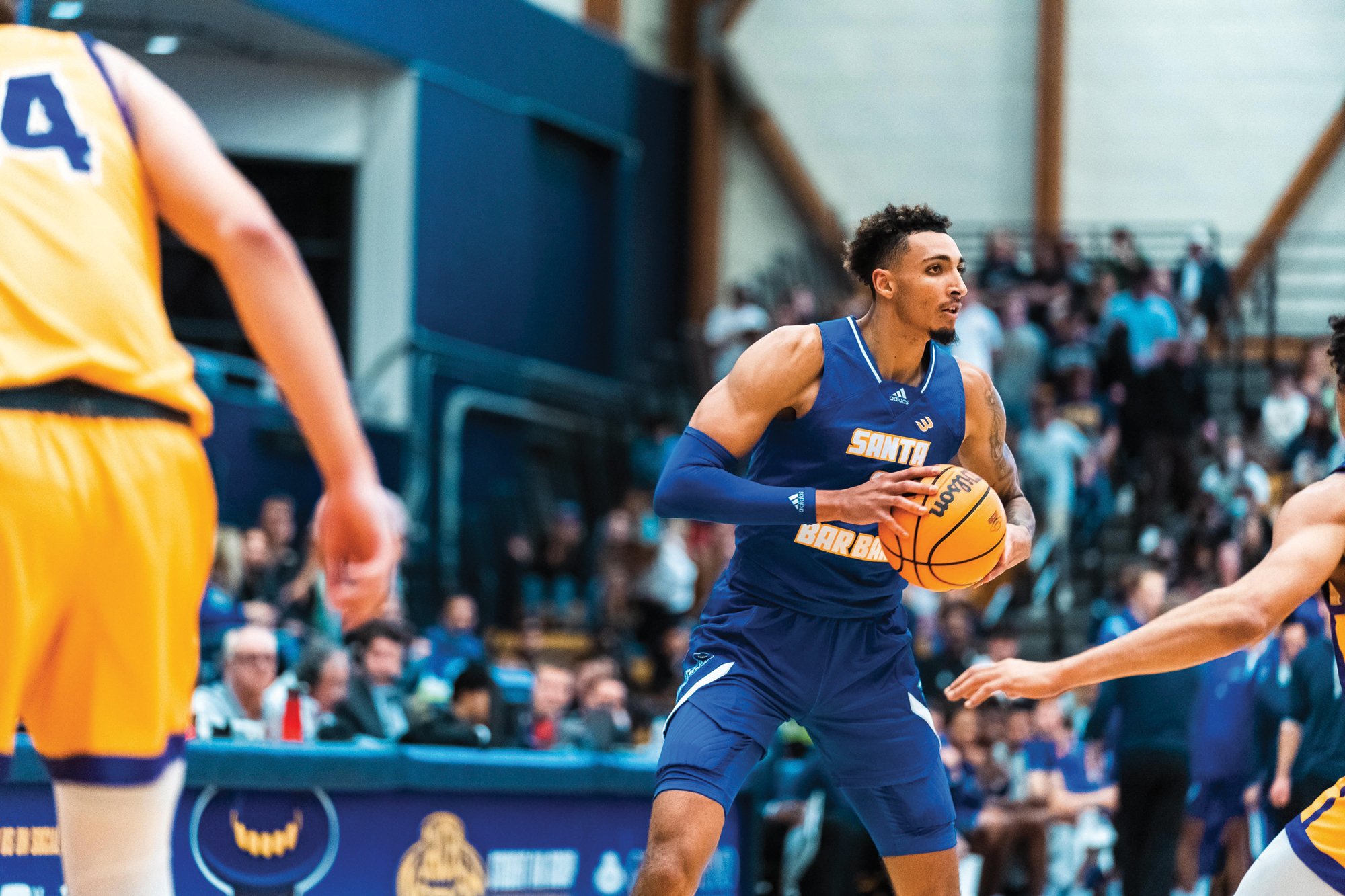 Last season, the Gauchos went 17-11 overall and 8-5 in conference play. They lost a heartbreaker to Long Beach State in the semifinals of the Big West Tournament which prevented them from qualifying for the NCAA Tournament.

This season the Gauchos have March Madness in focus and are poised to return to the NCAA tournament thanks in large part to the return of Ajay Mitchell, who was the Big West Freshman of the Year a season ago. Mitchell averaged 11.6 points and 6.0 assists from his guard position last season. Also returning for the Gauchos are All-Big West players Miles Norris, Josh Pierre-Louis, and Ajare Sanni. UCSB will welcome freshman Koat Keat Tong this year, who was named the CIF Basketball Player of the Year in 2022 out of Crean Lutheran High School in Irvine.

Some must-see home games this winter for the UCSB men’s team include Cal Poly on Feb. 2, UC Irvine on Feb. 15, Long Beach State on Feb. 23, and Hawaii on March 4.  (All games above begin at 7 p.m.) 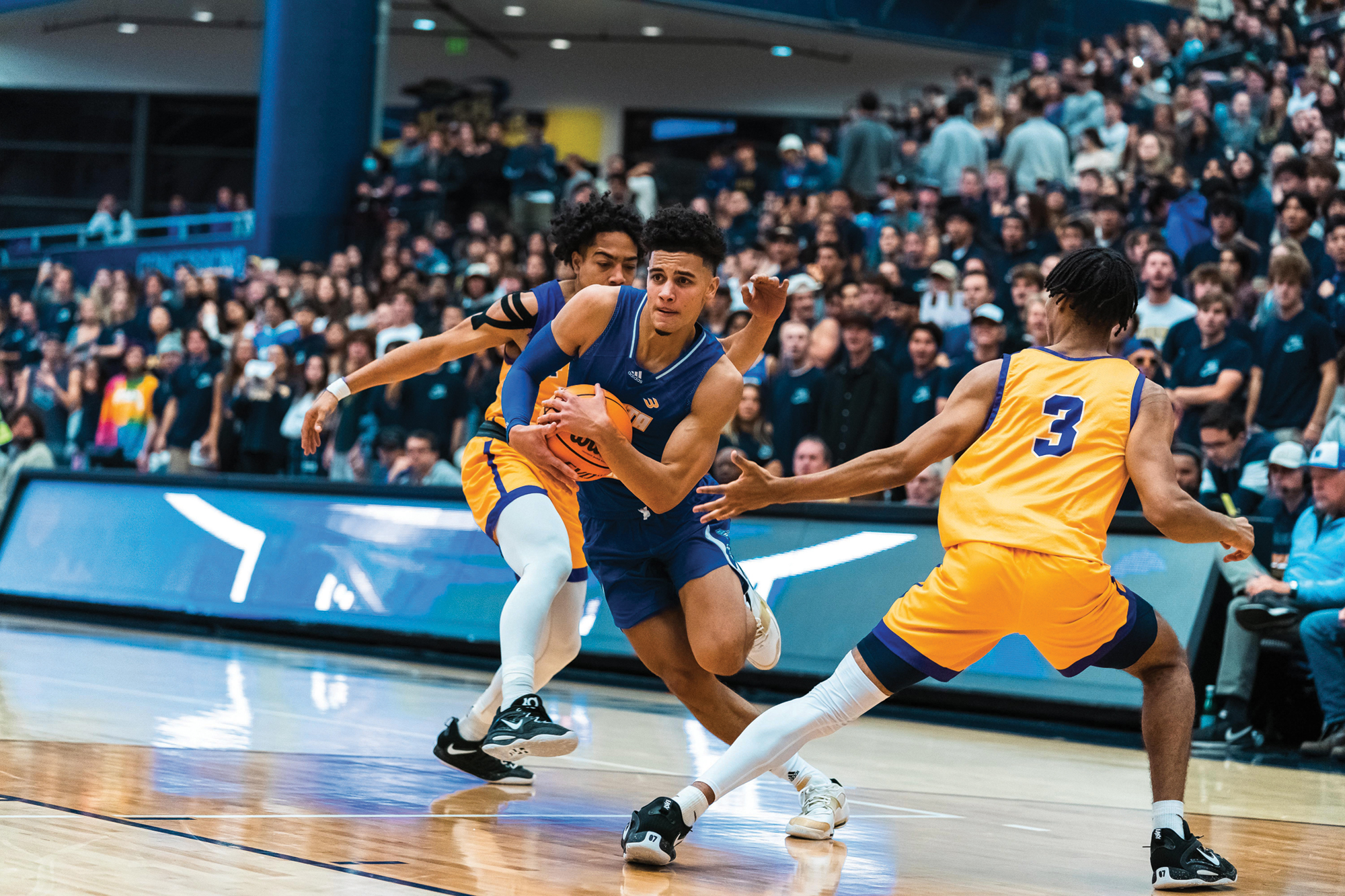 On the women’s side, the Lady Gauchos are off to a fast start this season under the guidance of head coach Bonnie Henrickson, who is entering her eighth season with the storied program. Last season, UCSB went 15-12 overall and 9-8 in Big West games. The team had advanced to the Big West Tournament but lost to UC Riverside.

The UCSB roster is highlighted by seniors IIa Lane and Alexis Tucker, who are both averaging better than 13 points per game so far this season.

Much like the men’s team, the UCSB women have a strong following. The Santa Barbara community loves its women’s basketball, and it shows. Former assistant coach Kelly Barsky now serves as UCSB athletic director, so the program is a focal point of athletics on the campus. 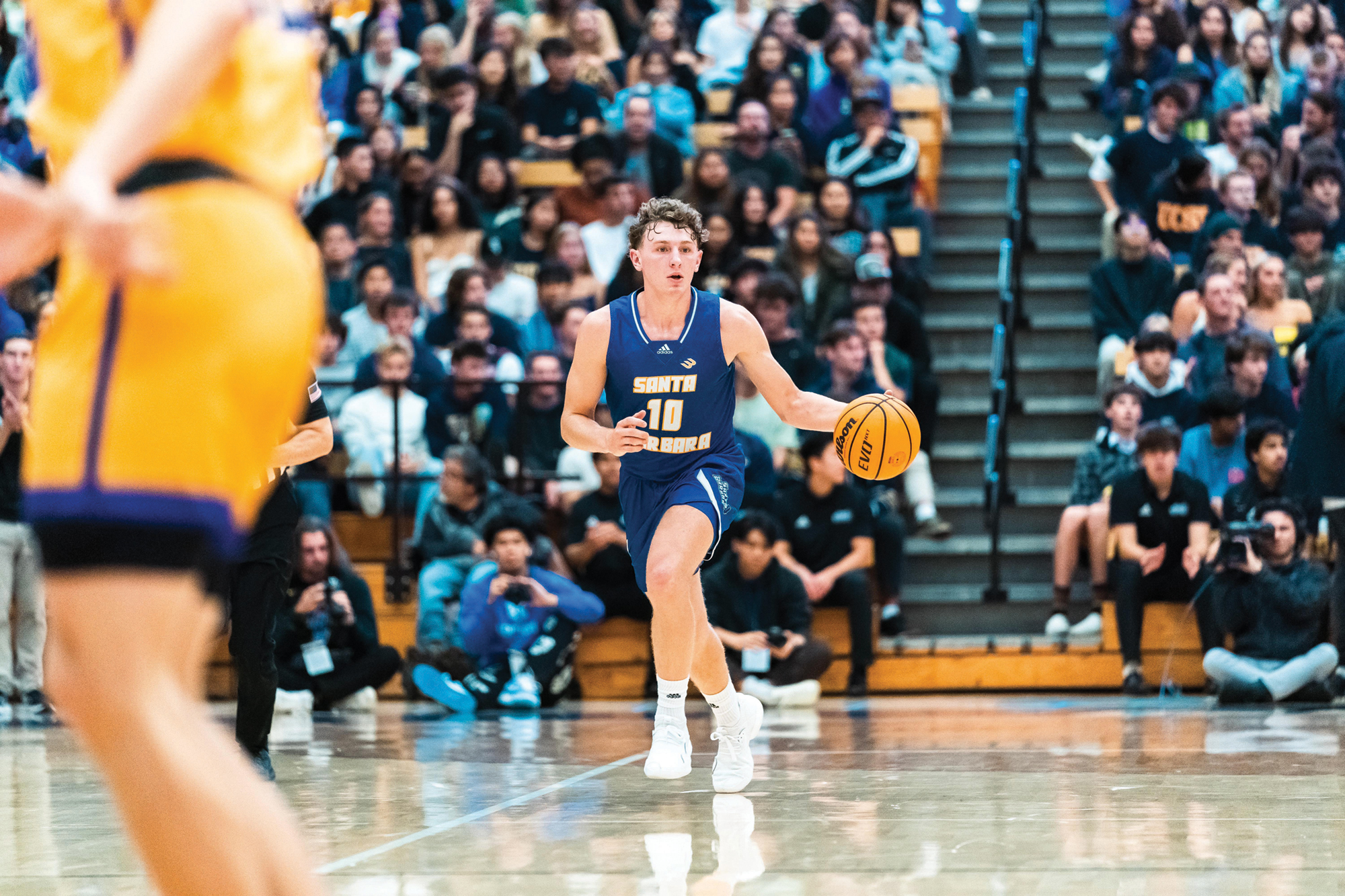 Some key games for the Lady Gauchos this winter include a Dec. 15 match at the Thunderdome vs. Stanislaus State in a game that also serves as a toy drive for children in the Santa Barbara community. On Jan. 7, UCSB will host the Cal Poly Mustangs in a rivalry game that is always entertaining for fans of any kind.

UCSB athletic events are fun, safe, and economical. The cost of general admission tickets range from $5 to $12 depending on the game. UCSB athletic partners with AXS for its online ticketing but fans can also connect with UCSB directly by calling (805) 893-UCSB or by visiting ucsbgauchos.com.