Time may have eroded the memory of a civilization but not the mystery of what was. Long ago, two bustling cities in ancient Egypt were known throughout the world as cultural centers of power, of wealth, of trade, and novel artistry. One day as the Mediterranean sun beat down on the bay of Aboukir, the cities slipped into the sea without a whisper of wind, buried for centuries. Determined to recover the cities that vanished, Franck Goddio, an economist by trade and underwater archeologist at heart, delivered the discovery of a millennium, for he located not a shipwreck but an entire civilization. This remarkable story will be told at the Ronald Reagan Presidential Library and Museum’s Egypt’s Lost Cities exhibition. 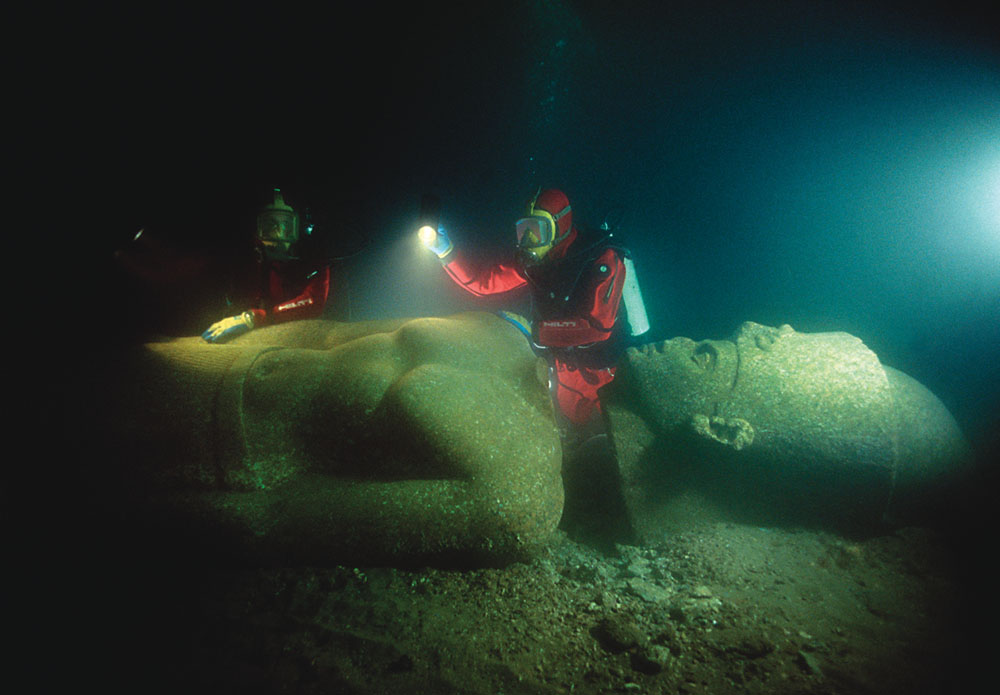 “Egypt’s Lost Cities brings back to life two cities that time forgot,” said John Heubusch, executive director of the Ronald Reagan Presidential Foundation and Institute. “We’re privileged to bring this rich story of ancient cities from the time of ancient Pharaohs and Alexander the Great—both lost at sea —to the Reagan Library. It’s a find as magnificent as Atlantis, something you just have to see to believe.”

Opening on October 5, 2019 and running through April 12, 2020, Egypt’s Lost Cities showcases more than 250 of these authentic artifacts, including three colossal 16-foot sculptures of an Egyptian pharaoh, a queen, and a god. 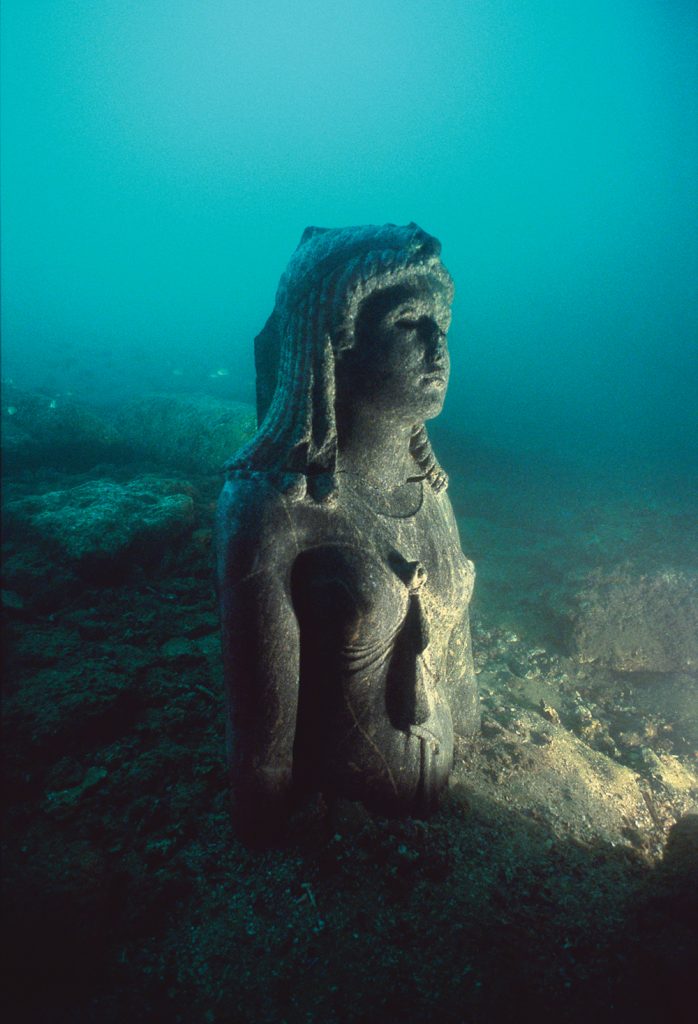 The Reagan Library will also display The Stele de Ptolemy VIII Euergetes II, an 18-ton monolith, the first time this artifact has ever been on display in the United States.

Additional highlights of the exhibition include:

• Objects inscribed in the ancient Egyptian or Greek languages

• Statues from the sunken and forgotten ancient cities of Thonis-Heracleion and Canopus, including the statue of the god Hapi. Made of red granite, the statue is 18 feet tall and weighs 8 tons. It is the biggest statue of a god ever discovered in Egypt.

“Visitors will be able to see artifacts which have never been seen before,” said Franck Goddio, curator and underwater archeologist who discovered the two lost cities. “This exhibition shows the result of 22 years of work on those two sunken cities. For me and my team it is extremely gratifying to know that this superb exhibit has been chosen to appear at the Ronald Reagan Library.” 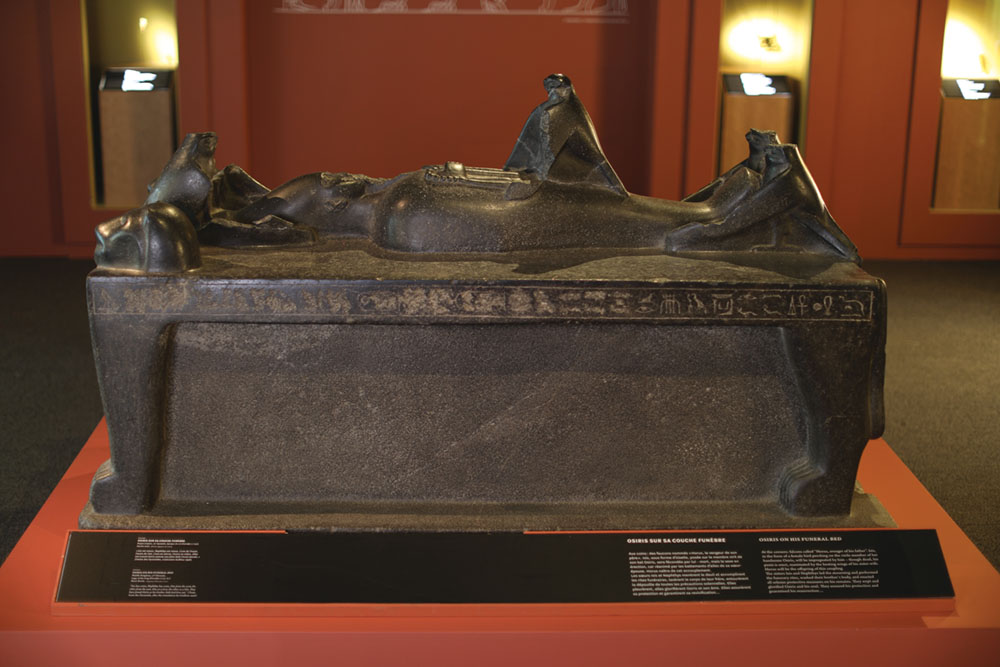 To help tell the story of these ancient lost  cities, these artifacts will be seen alongside ancient Egyptian artifacts from museums in  Cairo and Alexandria.  This not-to-be-missed exhibition is ideal  or the entire family.  For more information and to purchase tickets, please visit  reaganlibrary.com/lostcities. 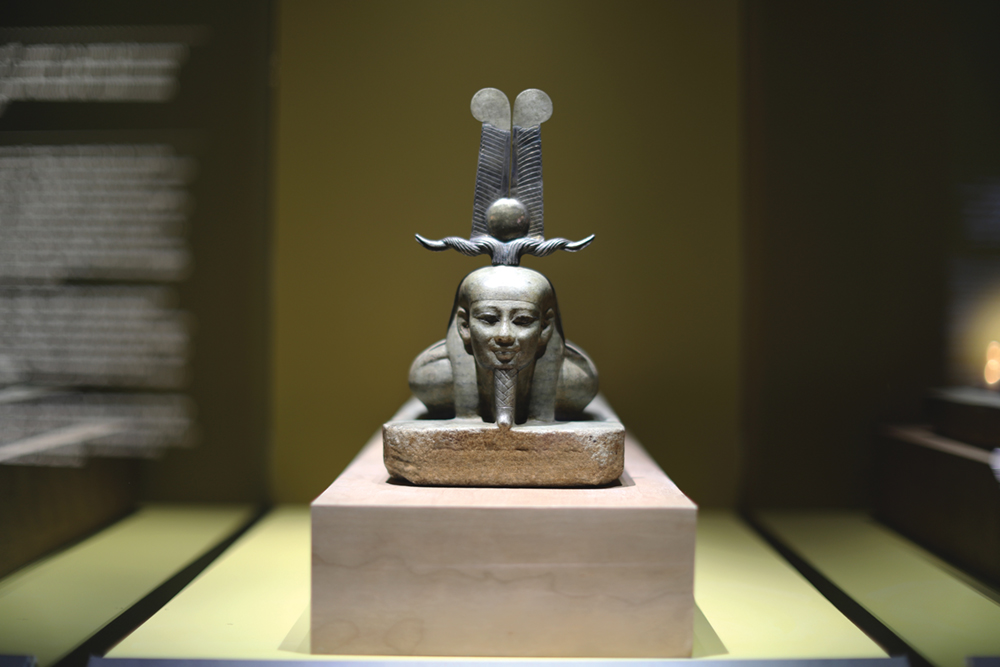 The awakening of Osiris, Egyptian Museum, Cairo The magnificent warmly coloured gneiss sculpture dates from the 26th dynasty. It shows the rising god returning to life. His face of timeless beauty expresses serenity and the full certitude of youth renewed.

This exhibition was organized with the Institut Européen d’Archéologie Sous-Marine with the generous support of the Hilti Foundation and in collaboration with the Ministry of Antiquities of the Arab Republic of Egypt. It is underwritten in part through the generosity of the Salem Media Group, in conjunction with AM870 The Answer Los Angeles and 99.5 KKLA FM Los Angeles. 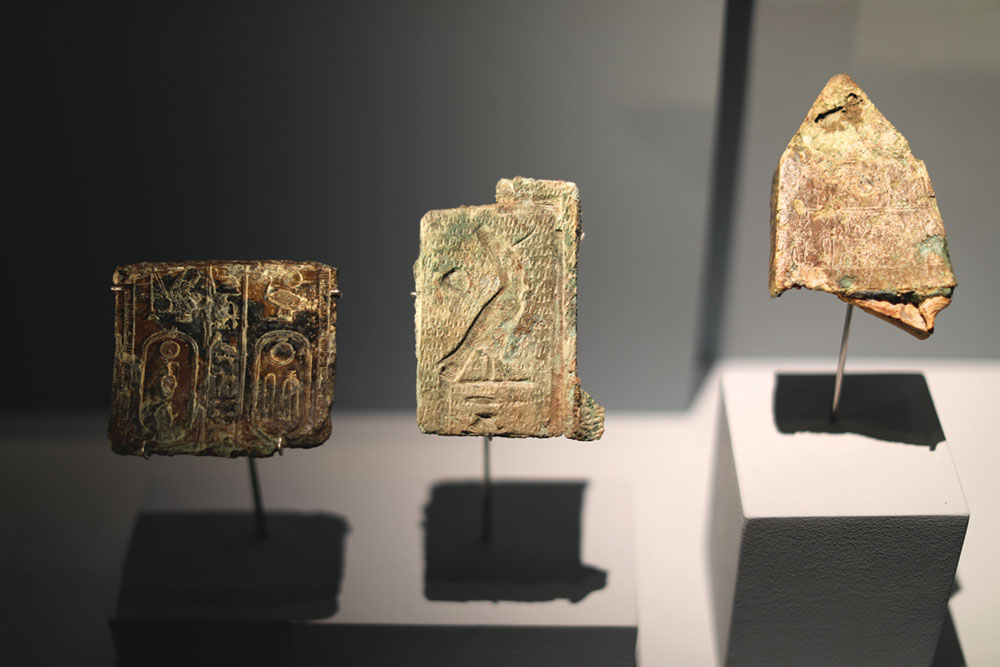 The Reagan Library is located at 40 Presidential Drive in Simi Valley, California. Public hours are from 10 am to 5 pm daily. The Museum is only closed on Thanksgiving Day, Christmas Day and New Years Day. For Museum Admission fees, please visit reaganlibrary.com. As large crowds are expected to view the exhibition, pre-purchased timed-entry tickets are recommended by visiting reaganlibrary.com/tickets. For more information, call (800) 410.8354 or visitreaganlibrary.com/lostcities.

About The Ronald Reagan Presidential Foundation and Institute:

The Ronald Reagan Presidential Foundation and Institute is the sole nonprofit organization created by President Reagan charged with continuing his legacy and sharing his principles – individual liberty, economic opportunity, global democracy, and national pride. The Foundation is a non-partisan organization which sustains the Ronald Reagan Presidential Library and Museum in Simi Valley, CA, the Reagan Center for Public Affairs, the Presidential Learning Center, The Air Force One Pavilion, and the Reagan Institute, which carries out the Foundation’s mission in Washington, D.C. The Reagan Library houses 55 million pages of Gubernatorial, Presidential and personal papers and over 60,000 gifts and artifacts chronicling the lives of Ronald and Nancy Reagan. It now also serves as the final resting place of America’s 40th President and his first lady.