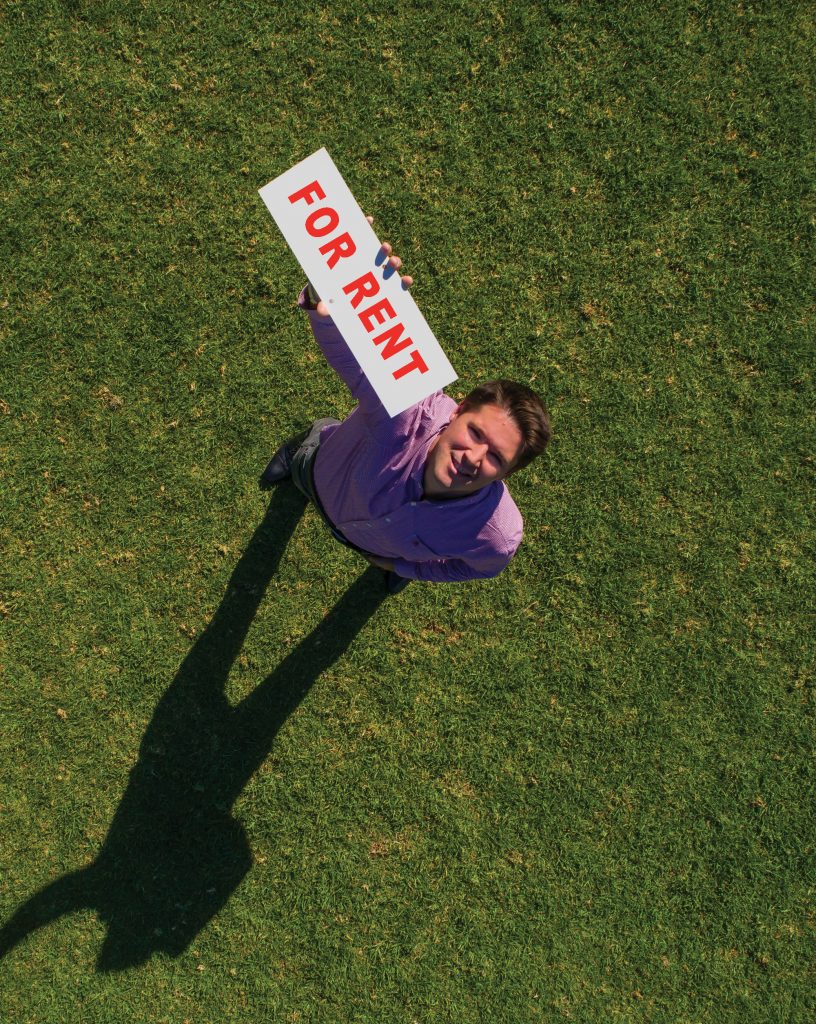 Erik Wilde was born and raised in Ojai. He played on little league baseball teams in town, went to Ojai Rec Center dances, and watched movies with his friends at the Ojai Playhouse.

Like many young people growing up in a small town, he couldn’t wait to fly the coop beyond our quiet little valley and head out into the world. Although he did leave town for a while, after spending a few years away he began to see that his old stomping grounds was still home.

“When I was 18, I couldn’t wait to see the world and leave Ojai,” said Wilde. “I think a lot of us who grew up here and left after high school never envisioned that we’d come back to live in the area again.”

Plans and situations have a way of evolving over the years. For Wilde, family turned out to be the big factor that would change his mind, ultimately bringing him back to his hometown.

“My college years took me to the University of Southern California,” he said, “where I earned a degree from the Marshall School of Business. But I definitely never forgot about Ojai. Once my wife and I decided to start a family, it was like, ‘How do I get back there?’”

When he did finally return, he began learning the family real estate business. His dad, Larry Wilde, co-founded the Coldwell Banker Property Shoppe with his partner, Dennis Guernsey. Although he never imagined becoming a Realtor when he was younger, one thing that helped Erik make up his mind was the idea of independence.

“I never thought I’d be in real estate,” he said, “but I did know I always wanted to have my own business. In real estate you are your own business. You are an entrepreneur in every sense. I get to be my own boss and control the level of my success, at least to some extent. That freedom for me is worth everything.”

After spending several years as a Coldwell Banker Realtor, Erik is now poised to take over ownership of his dad’s company and help usher the business into the future, continuing the Wilde-Guernsey legacy.

“The opportunity to learn from my Pop really helped me get launched in the biz,” he said. “Now I want to bring the new age of technology into the office and to the forefront of our company. The real estate biz is constantly changing, now more so than ever. It’s very tech-oriented. Everybody is really starting to utilize social media for marketing and branding.”

He’s quick to point out that his dad, while handing over ownership, will still be moving and shaking in the industry for years to come.

“He’ll never stop selling,” he said with a laugh. “He just loves working and being around people.”

Now that Wilde is firmly rooted back in Ojai, he’s not only focused on his business. He and his wife, Amber, are bringing up three kids who are now running around the same playgrounds and trick-or-treating in the same neighborhoods that he knows so well from his own childhood.

“There are so many great neighborhoods in the valley, all great for raising kids,” he said. “And we’re really lucky to have all the parks and hiking trails that we do. Most places don’t have so much access to outdoor activities and great weather year-round.”

Ojai’s proximity to so many amazing places is another thing that keeps him local.

“We love getting down to the beach to surf as a family,” he said. “It’s less than 20 minutes away, and on those hot summer days we’re definitely down there all the time. We also get up to the Santa Barbara Zoo or just stay local and enjoy the Lake Casitas waterpark. This is just a great area all around.”

No matter what he’s doing, it always comes back to family for Wilde.

“Raising my kids is the most important thing to me and my wife,” he said. “And she’s amazing. We’ve been married 10 years. It’s awesome having a life partner that you can trust and you know has your back. There’s no perfect answer on how to be a parent, but we’re definitely doing everything we can to be there for our kids and give them the best life possible. And how lucky are we to do this in Ojai!”

For more on Erik’s real estate business, go to wilde-wilde.com.