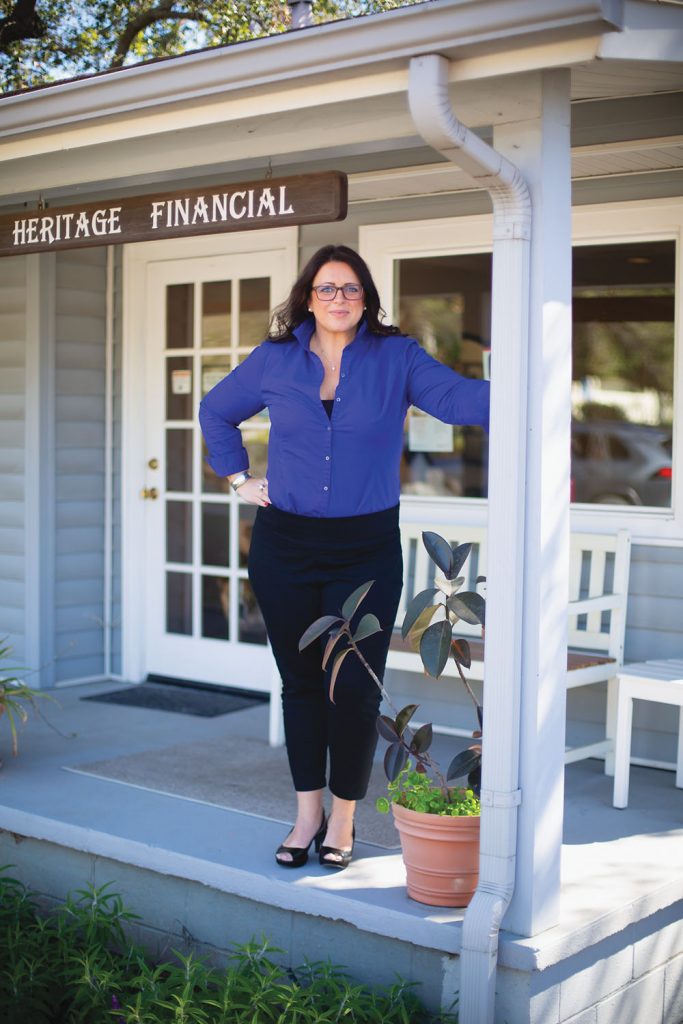 Very few people can pay for a home with cash. Most need the help of a bank loan to get the roof over their head that they’ve always dreamed of. In an industry full of number crunching and confusing paperwork, it’s a good thing there’s an expert out there who can wade through the sea of regulations, getting a potential home owner exactly where they need to be.

Born and raised in Ojai, Wilson has a feel for the town and its people. She’s also grateful for the opportunity to continue to live and work in her hometown, even if her career wasn’t at the top of her list while growing up. “It was a total fluke,” she says of getting into the real estate finance business. “No one says when they’re little, ‘Mommy, I want to grow up to be a mortgage broker.’ It was something that fit though. Something I enjoyed. It started out as a part-time job, but eventually I got my license so I could help out more, and so that our founder Wanda Sisk could retire. Turned out to be a great opportunity to live and work in Ojai.”

In a time when the market is changing, those seeking out a loan will definitely need help navigating the deep waters ahead. Although it may seem daunting, there are options, and having a professional help guide you through the process can be key. “We’re in a shift right now that has been interesting to watch,” she said. “I think we hit a peak in real estate values and we’re starting to see that fall off a little. I don’t feel like we’re in for any major decline in value now or in the next few years, though.”

One thing that potential buyers have going for them is the low interest rates on mortgage loans. That, Wilson says, should be a major factor in anyone’s thought process when beginning the lending process. “We were expecting to see a one percent increase in interest rates,” she said, “but I think it will stay below five percent. We were at seven to eight percent when I started in the early 2000s. In the ‘90s people were paying 16 to 18 percent. It’s looking pretty good right now. It’s still financially beneficial for someone to finance a home at a lower interest rate, rather than waiting for the prices to come down.”

Interest rates aren’t the only factor, though. “Ojai is kind of a unique market because we are limited growth here,” she said. “There’s always going to be a limited supply compared to the demand. Because of this, I don’t think we’re as affected by little dips in the market as other places in the county.”

Although her career keeps her busy, Wilson finds time to volunteer with the Ojai Valley Chamber of Commerce, helping local business owners network and connect with each other. She served as the board president from 2012 to 2014, and has worked with many of the area’s entrepreneurs. “The chamber is an organization that I really strongly support,” she said. “It’s definitely been instrumental with my business. We have such a high concentration of small businesses and self-employed people here. Getting into the community is really important. We need to be there to support each other, and the chamber provides a platform for that.”

Wilson is about to take another big step in her life. In just a few weeks she’ll be tying the knot with her fiancé, Alex. “I’m getting exited,” she said. “It’s going to be a pretty casual affair. Nothing spectacular, just family, friends, and good times.”

When not at work or with the chamber, she enjoys spending her time with Alex and their 8-year-old boxer, Hoss, who also doubles as the official mascot for Heritage.“He’s not your typical office dog,” she said. “He snores and farts and makes funny noises, but he’s happy, and it’s nice to have that little break in your day to throw the ball with him.”

For more info on Heritage Financial, check out hfloansca.com.