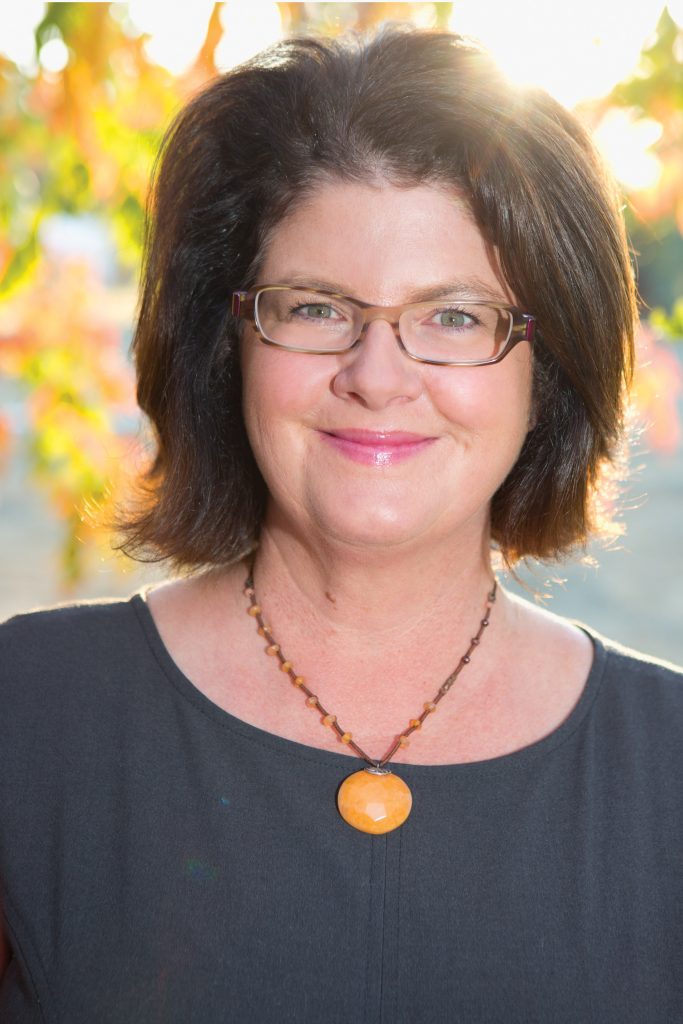 Tonya Peralta’s family has deep roots in the Ojai Valley. Her great-grandparents moved here in the early 1900s. Her grandfather worked as a ranch hand before starting a construction company in the 1950s, and her grandmother worked in the soda shop downtown. Her great-aunt and uncle owned a welding shop downtown — interestingly, in the building that sits right next door to Tonya’s new real estate office.

Although she’s been in the real estate industry for more than two decades — first as an appraiser, then Realtor, and now Broker — Tonya has been in sales for much of her life. “The first business I ever had was selling pieces of Hubba Bubba in elementary school,” she recalled. “I would stop at Chase Brothers Dairy (now Joe’s Quick Stop) to buy my gum supply in the morning. You probably remember the package came with five chunks of gum for 25 cents. And I would sell each piece for 25 cents, so that the next day I could buy five packs of gum and sell them for 25 cents per piece, which would then net me about $6.” Eventually her teacher caught on, and confiscated her gum. “That was a sad day.”

Other than a stint during college and a handful of years in business in Los Angeles, the Ojai Valley has always been Tonya’s home. “I love walking down the street and waving to people you know driving by. Or going out to breakfast and catching up with people I went to high school with. It’s just a familiar and ‘good’ feeling. I didn’t appreciate it when I was young but now, as a community member and parent, I love it! As a parent, I appreciate my web of support from other parents.”

So how did she get into Real Estate? Like many others we’ve interviewed in this column, she didn’t start out in the industry. “It really was just a series of opportunities, or doors that opened, for me over the last 20 years,” Tonya said. After obtaining a finance degree, she had corporate jobs in Los Angeles before moving to back to Ojai.

She decided to refinance her house with Wanda Martin at Heritage Financial in the late 1990s. Wanda had an idea: would Tonya be interested in working part time for an appraiser? “I thought, ‘what the heck, I don’t have anything to lose,’” Tonya remembered. “I ended up loving that job and in 1999 I got my appraiser’s license. It turned out to be an ideal job as I was having kids, because my aunt came to watch the kids while I ran out to do a few inspections … I wrote up the reports while they were napping.”

A little over 10 years later, she found herself out on assignment to appraise Realtor/appraiser Mark Beltran’s house. “I was talking to him and his wife during the appraisal inspection and he said, ‘You know, you should be a Realtor.’ I said, ‘“Oh no, I would never do that,’” Tonya told him.

But his comment sparked her curiosity, and got her thinking: what would it take to become an agent? It turned out that since she’d already taken so many classes as an appraiser, she would only need to take one additional test and pass the state exam to become a Realtor.

“I’ll never forget, I ended up passing the exam on a Thursday and I sold my first house that Sunday,” Tonya said. Her original intention, she added, was to continue being an appraiser, but life kept pushing her toward Real Estate. “I ended up selling 24 houses that year and about 30 to 40 every year since then,” she said. “I soon came to love being an agent.”

In 2014, she started building a real estate team. She brought on board fellow Ojai native Serena Handley — who was moving back home from New York — as partner/lead Realtor. Three years later, another Ojai native, Realtor Rachelle Giuliani, joined them; and soon after, Skye Matzat rounded things out as marketing coordinator for the Peralta Real Estate Team.

In 2017, Tonya added Broker to her title, and opened her own office in downtown Ojai (although Keller Williams is still their broker of record). It’s been a busy 11 years for Tonya — during which she’s won the designation of Best Realtor in the Ojai Valley a few times. “I like that because it seems like a ‘People’s Choice Award,’ whereas all of the awards that we have earned for top team, most sales, etc, are more performance-based without the focus being on our clients,” Tonya said.

And the client has always been at the forefront of Tonya’s work ethic. “At the end of the day, client satisfaction is the most important piece,” she said. “All clients have different goals and it’s about adjusting and working to meet their individual goals.”

Tonya credits her success not only to her focus on the client, but on her knowledge base. “I love numbers, I have a finance degree and I really enjoy consulting with clients to help them crunch the numbers when buying and selling. I also have the appraisal experience which has been really nice,” she said. Training for appraisers exceeds that required for Realtors, she added, “So I have quite a bit of knowledge about lending, title, escrow, etc. — all of those other moving pieces in a transaction.”

When she’s not focused on the Peralta Real Estate Team, Tonya spends time with her husband, John, kids, Ethan and Owen, and their dog, Dodger. She’s also passionate about a slew of local nonprofit groups: the Ojai Valley Land Conservancy (especially its Wild About Ojai program), the Ojai Valley Museum, Help of Ojai, the Ojai Education Foundation, the Nan Tolbert Nurturing Center, and the Ventura County Humane Society, among others. She’s also volunteered in the Ojai Tennis Tournament’s Tea Tent (see my previous column for more on that topic!), and has served on the Ojai Valley Board of Realtors.

In the little free time she has in between, “I like to work really hard and take one big trip per year,” she said. She’s been to Africa, Iceland, Cuba, Costa Rica, all over Mexico, Australia, and most of the countries in Europe. She tries to work in short local trips to places like Big Sur, Carrizo Plain, and Los Osos.

And although she’s been a sales person for much of her life (Hubba Bubba, anyone?), “It’s interesting because I have never thought of myself as a sales person,” Tonya reflected. “I think a lot of my success stems from being honest, trusted, and knowing how to get the job done.”
For more on Tonya, the Peralta Real Estate Team, and to view their listings, see ILiveInOjai.com, or follow @PeraltaTeamOjai on social media.