Some architects are known for just one style. But Marc Whitman’s designs are, as he puts it, eclectic. “I design in most all styles: Modern, Spanish, Craftsman, Mission Revival,” he said. Yet somehow in this variety of styles, there is something distinctive, something undeniably, well, Whitman, about each of his designs. You see it in Limón Y Sal (formerly The Watermark) in Downtown Ventura, in Ojai’s Blue Iguana and Emerald Iguana Inns, and in the countless private residences he’s designed over more than three decades. “A great piece of architecture derives its beauty from a sense of balance and harmony with the blending of materials, massing, rhythm, light, and color,” he said. 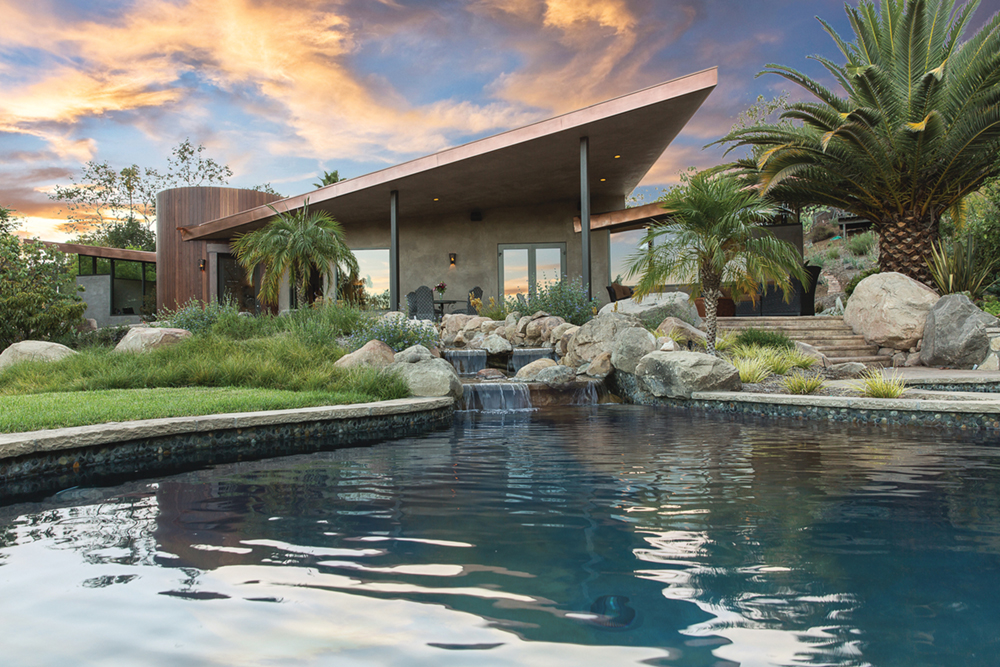 All photos/renderings courtesy of Whitman Architecture

The principal architect behind Whitman Architectural Design, Marc was influenced early on by his mother, Nancy, a celebrated painter. Inspiration also came from the beauty that surrounded him in his native Ojai Valley. Although art was always part of his life, he set his sights on architecture when a middle school drafting project required him to design a house. “I got really turned on by that,” he recalled. “When I was in high school, I decided, ‘OK, this is the path I’m going to take.’” 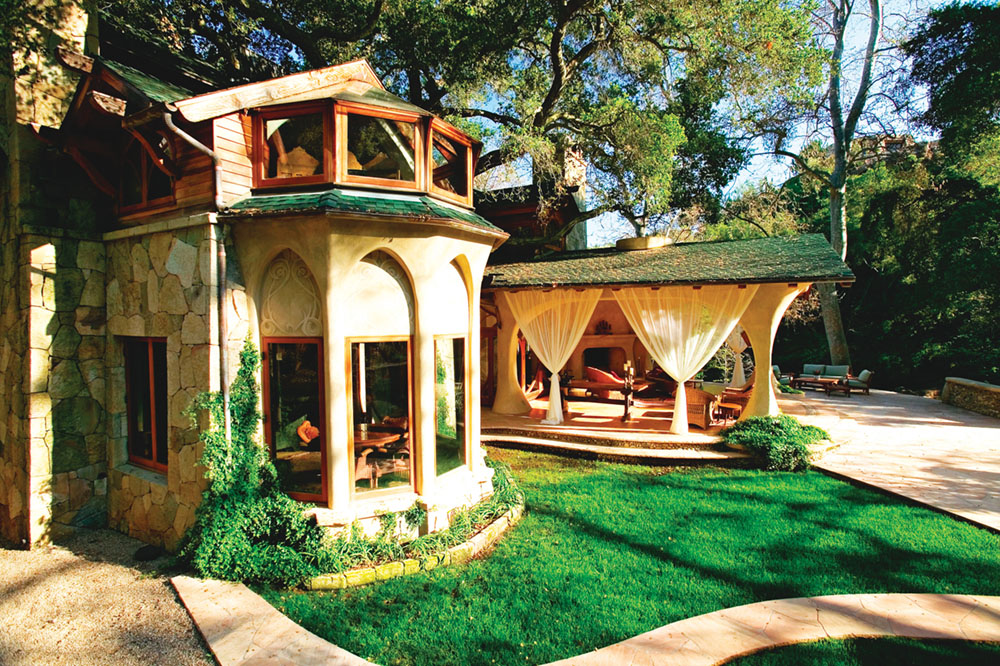 Marc Whitman and his team design in a broad array of styles.

And so, after graduating from Nordhoff High School, Marc would set off to Arizona State University to pursue a Bachelor of Architecture degree, graduating in 1981. During school, he interned with legendary California architect, Zelma Wilson, for whom he worked for several years following graduation.

Marc is both NCARB (National Council of Architectural Registration Boards) and LEED (Leadership in Energy and Environmental Design) certified. And though “sustainable building” is still a relatively new concept architecturally-speaking, “We’ve been interested in that from the get-go,” Marc said. “We’ve been doing green projects for decades.”

Philosophically, “It is the social responsibility of the architect to develop projects which not only blend into the fabric of the community but also the environment,” he added. But green building also just makes a lot of sense, in many different respects. The principles behind LEED help guide Marc’s designs — for example, replacing materials that have chemicals that can off-gas and pollute indoor air quality. It can be economical as well, saving the client money down the line with energy-efficient building materials. Educating his clients of their options in the design process is invaluable. Some options are just a matter of swapping one material for another. “Some things don’t cost anything,” he pointed out. As California’s green building codes have gotten stricter, Whitman Architectural Design has been able to stay ahead of the curve. 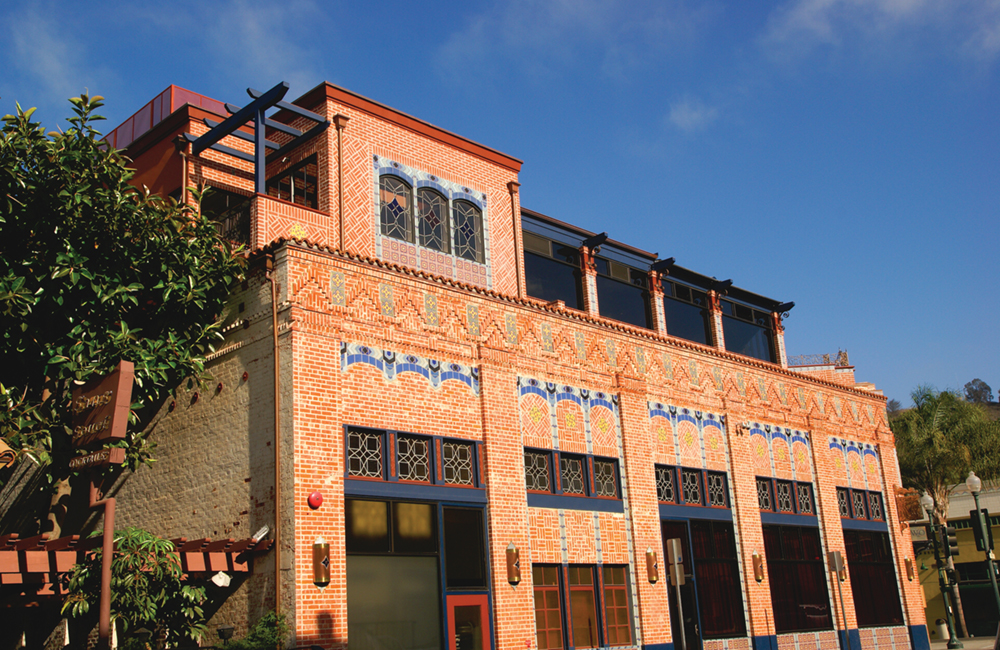 Marc also designs with the acknowledgement that we live and work in an area where wildfires are a reality. “We’ve always built with fire in mind,” he said. That was a true trial-by-fire in December 2017, when the massive Thomas Fire raged through Ventura and Santa Barbara counties. “We didn’t lose one of the houses we built,” Marc said. “One home had flames coming right up to the house, but because the house was fire-safe, it didn’t burn.” Most houses, he added, burn from the roof down: “The vents, the roofing material,” he said. “So we’re very keen on making sure that fire doesn’t have a chance of coming to the attic area.” Landscaping, too, is an important aspect. “Some of the houses that burned had flammable trees right up against the house,” he pointed out.

Between the devastation that the Thomas Fire caused and new, stricter building codes, folks looking to rebuild their homes had their work cut out for them. But having worked in the area for more than a quarter-century, Marc and his team understand how to get through the complicated permitting process. “We have three Thomas Fire rebuilds, and we’ve gotten the permits on all of them,” Marc said. “We have a good understanding of the process, a good relationship with the city in getting those permits.” 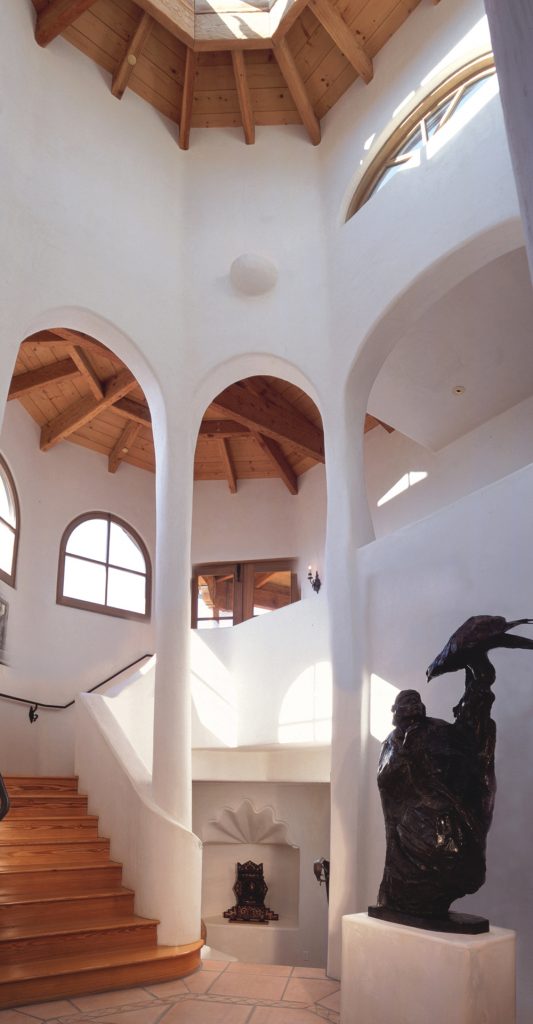 Whether it’s a Thomas Fire rebuild or just another residential or commercial project, he added, “It is our responsibility to our clients to develop economically efficient structures which will stand the test of time. We are the conduit and translator of thoughts from our clients to the built environment.” And Marc is a master translator. It’s where his artistic background comes in and shines, bringing to life his clients’ visions without having to wait for a computer rendering. “I’m able to freehand sketch ideas very quickly, what I’m seeing really fast, at an early stage,” Marc said. “It’s one of the skills architects used to have … I think it’s much more fluid to come from the brain to the paper.”

Aside from architecture, Marc’s second passion is oil painting. Much of his work can be found in the Blue and Emerald Iguana Inns, a project he did with his wife, Julia. Marc’s passion for art guides his designs — whatever style they may be categorized in. It’s culminated in numerous awards, including those from the American Institute of Architects. He and his team create designs that “shine in their beauty, spaces that flow, that feel comfortable, feel at home,” as he put it. “We’re affected by the space we live in. It’s been proven psychologically … creating beauty and energy, and a certain vibration within the spaces makes you feel good. Lots of light, air, the shape of spaces, how the energy flows … We’re creating their individual temple, their home, their sanctuary.”