A 26-mile tour through the Santa Ynez Valley

Story and photos by Bennett Barthelemy

Spring invites wanderlust. Its warmer, longer days and the color bursts of blooming wildflowers make one want to head out and find new adventures. A spin across the Santa Ynez Valley on Highway 246 is a delightful cure.

I chose this 26-mile stretch of highway because of the stellar eateries, historic architecture, a flourishing art scene, wineries, lavender farms, cultural explorations, and even hungry ostriches. I headed north on Highway 154 in Santa Barbara County, and a left turn began this sojourn. With my back to the rugged San Rafael Wilderness — the Valley’s eastern terminus — I go west on SR246. The route more or less follows the natural geographical line of the valley that is also home to the Santa Ynez River.

Within a few minutes of passing through rolling hills dotted with cattle, sweeping valley oaks, and lots of grapevines, the town of Santa Ynez and the Chumash Casino comes into view. The casino is good opportunity to get some thrills while giving a little something back directly to the local Santa Ynez band of Chumash that still live here on a tiny portion of their long since dispossessed ancestral lands. Near the casino, they are currently building a new Chumash Museum and Cultural Center, slated to be opened later this year. The goal is to share and engage with their language, land stewardship principles, and cultural identity. 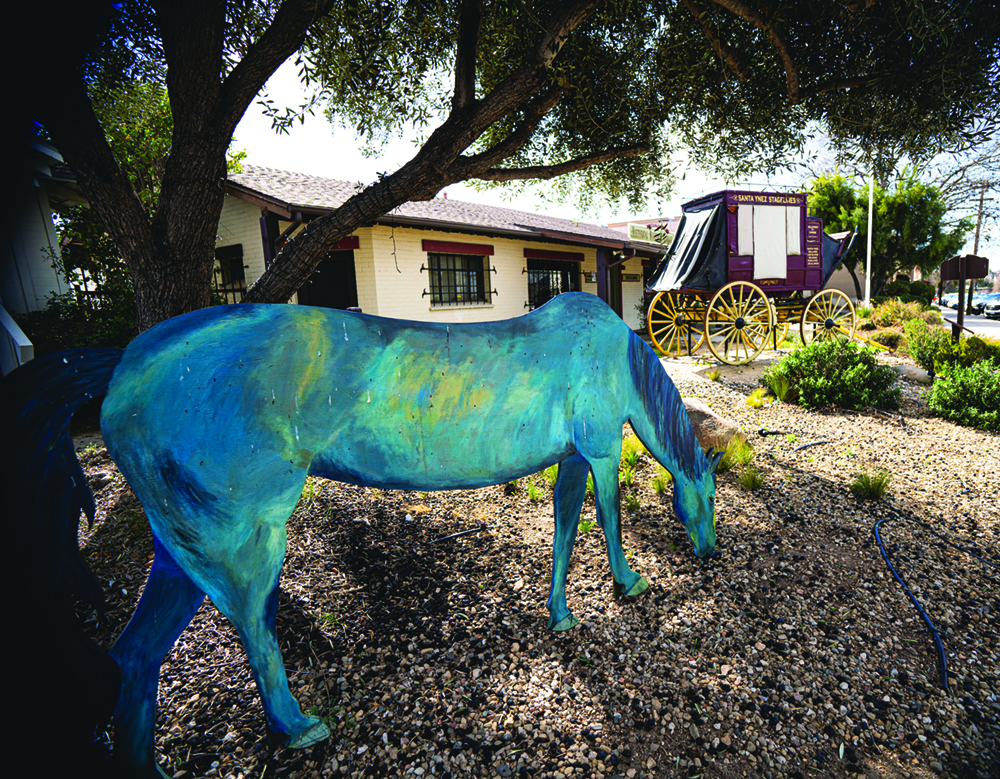 The town of Santa Ynez itself was established 140 years ago this June. Throughout the town there are reminders of the old days and horse culture. Downtown, you will find many painted wooden horses decorated by local artists, and horseshoes embedded at crosswalks on Edison Street. There are quite a few boutique shops to peruse, and the El Rancho Marketplace is a nice spot for sushi and homemade pies.

Solvang was settled by immigrants from Denmark, who created a little taste of Scandinavia across the pond on the Central Coast of California. Since its incorporation in 1911, the town has stayed true to its roots with Danish architecture, including windmills and fachwerk. Excellent bakeries, restaurants, and quaint shops line the streets. A Little Mermaid fountain can be found in Denmarket Square; it’s not quite the size of the original, which I have visited many times while living in Copenhagen, but worthy of a visit in its own right. 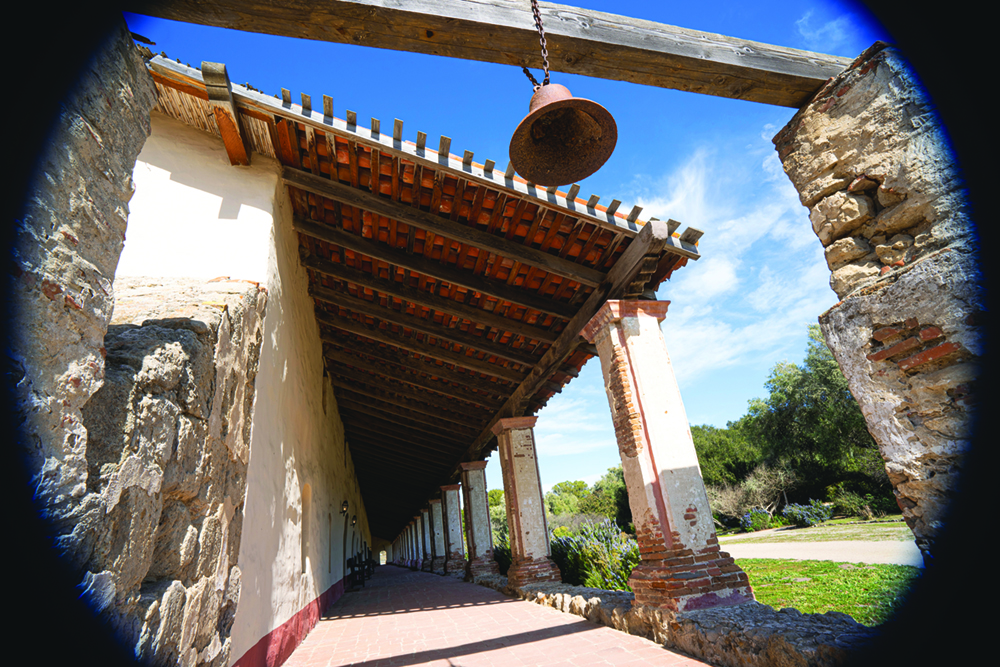 The most fully restored mission in California, La Purisima founded by the Spanish in 1787.

Close by the fountain is the Santa Ines Mission. This historic mission was the site of the most coordinated indigenous rebellion during the Spanish and Mexican occupations of California. The rebellion involved more than 2,000 Chumash, and targeted and overthrew the three missions in Santa Barbara County and many of the local villages.

An emu, one of the many at Ostritch Land in Solvang.

Just outside Solvang is OstrichLand USA, a place to get up close and personal and feed emu and ostriches from viewing decks. OstrichLand is a rescue center that provides running-around room for some 100 birds from very different parts of the world than Santa Ynez (Australia and Africa).

Just south of OstrichLand is the town of Buellton, which sits at the intersection of the 246 and Highway 101. When crossing the 101 it’s hard to miss the iconic business that has been there for nearly 100 years: Pea Soup Andersen’s. On one of my many childhood trips we took from Ventura to visit my grandparents in San Francisco, we made a stop in Buellton at the famed restaurant. I was maybe 5 at the time. These days, they still offer their famous split-pea soup, as well as a range of burgers, sandwiches, pastas, traditional Danish foods, desserts, and lots more. This time, however, I stopped at the Industrial Eats just down the street. 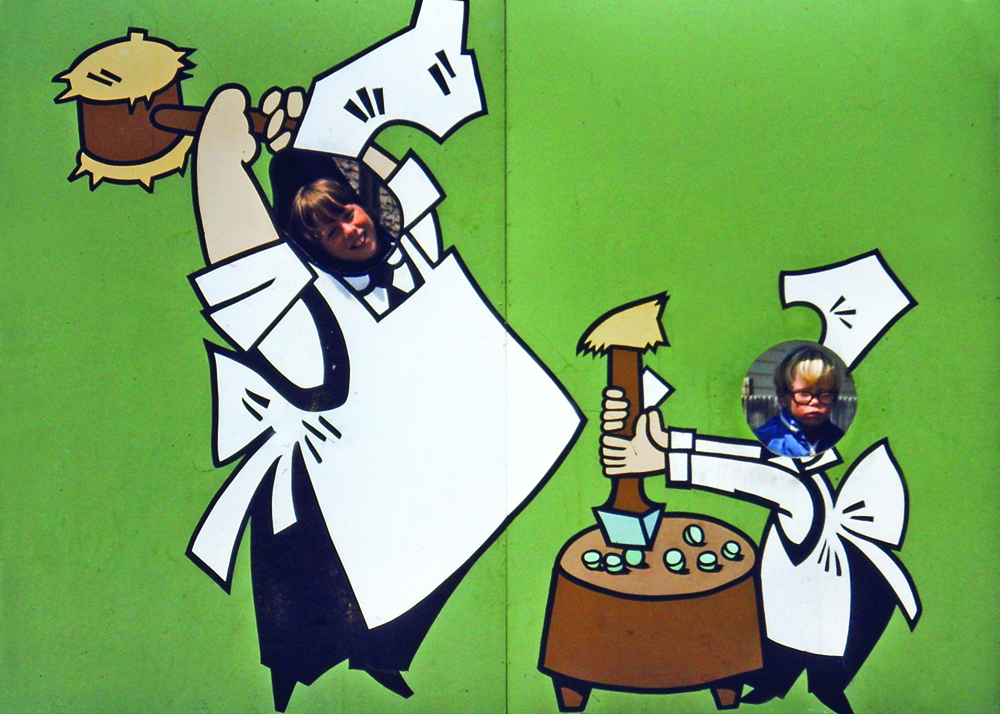 Buellton holds its Brew Fest every May with more than 50 breweries represented. This year’s event is set for May 7 at River View Park, and along with the breweries, it offers wine, spirits, live music, food trucks, and lawn games. It’s a fantastic way to set the tone for the summer.

If you prefer wine to beer, Buellton’s a great stop. Its coastal fog and cooler nights are giving it a name for lovers of Pinot Noir. This reputation, of course, was definitely helped along by the movie “Sideways,” which was filmed at several locations around the Santa Ynez Valley. Many of the local restaurants have quality local wines on draft pull. In the nearby Santa Rita Hills, there are some 30 boutique wineries.

Once the 101 freeway and Buellton are in the rearview, Highway 246 heads coastal, and farmsteads, wineries, and larger homes with acreage abound. Before arriving in the town of Lompoc, try setting up a farm tour with Golden State Apothecary. There, you can cut your own flowers or lavender, and enjoy the sheep and goats along with the incredible views that stretch west to the coast. Denise and her son, Lucas, are running the operation using regenerative practices. 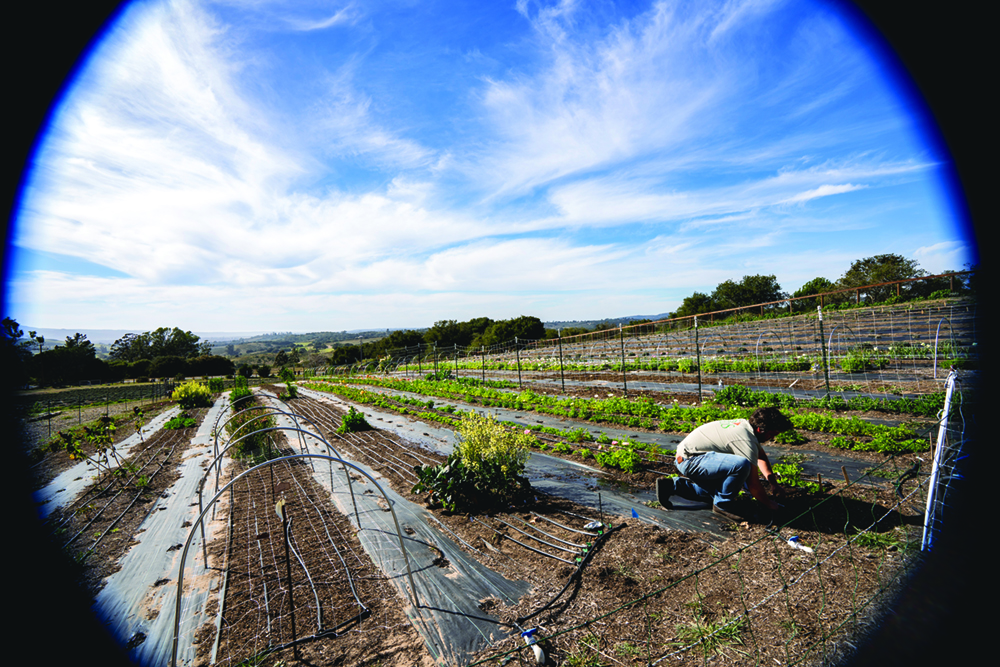 Down Highway 246 a couple miles further just before you enter Lompoc proper is La Purisima Mission. The most fully-restored mission in California, La Purisima allows visitors a glimpse of life as it was in the early 1800s under the Spanish. With sheep shearing rooms, a kitchen, barracks, and a working farm with livestock and gardens, it transports you back 200 years.

In the heart of Lompoc, Eye on I was a very pleasant culinary surprise. We chose their epic wood-fired pizza with squash, apple, and prosciutto, and paired it with a duck breast salad. After our meal we wandered around Lompoc and discovered some of its 30-odd murals. 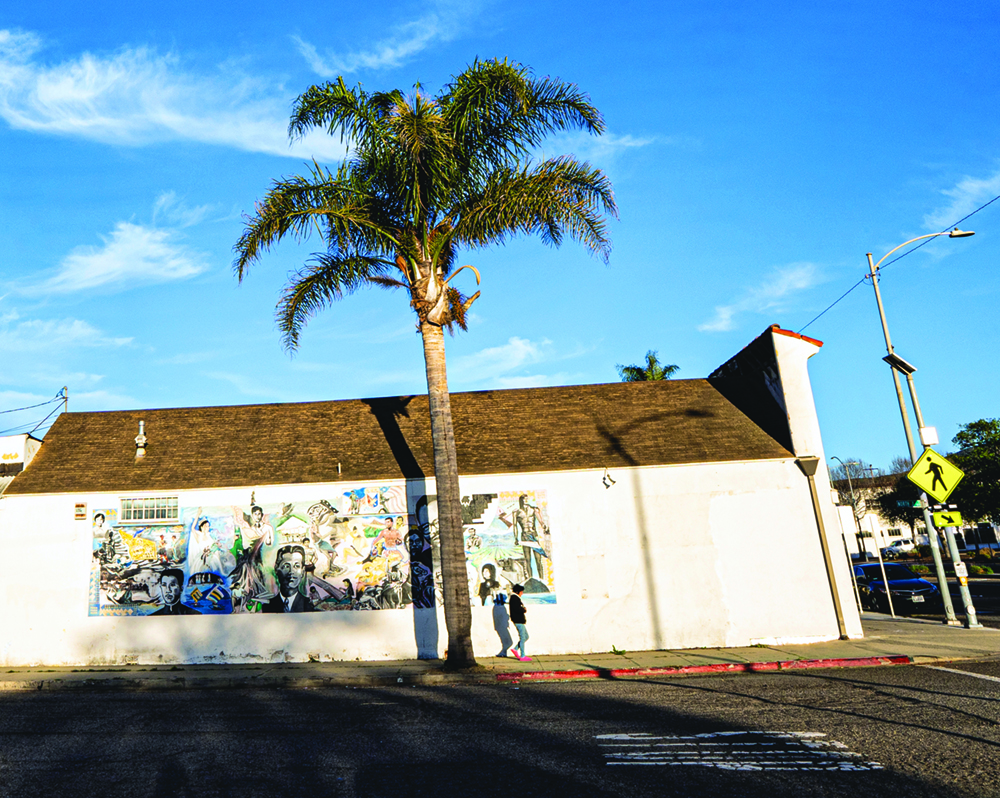 One of the 36 murals in Lompoc California.

At the edge of town, Highway 246 ends and turns into Ocean Road. Following it, we see the Santa Ynez River to the north, the mouth of which meets the beach and provides habitat for snowy plovers and other water birds. Veer north onto Ocean Park Road for some prime birding, or stay on West Ocean Avenue to hit the Lompoc-Surf Amtrak train platform and the Surf Beach parking lot. Either spot is a good place to stop, listen to the birds, and watch the sun get swallowed by the Pacific.