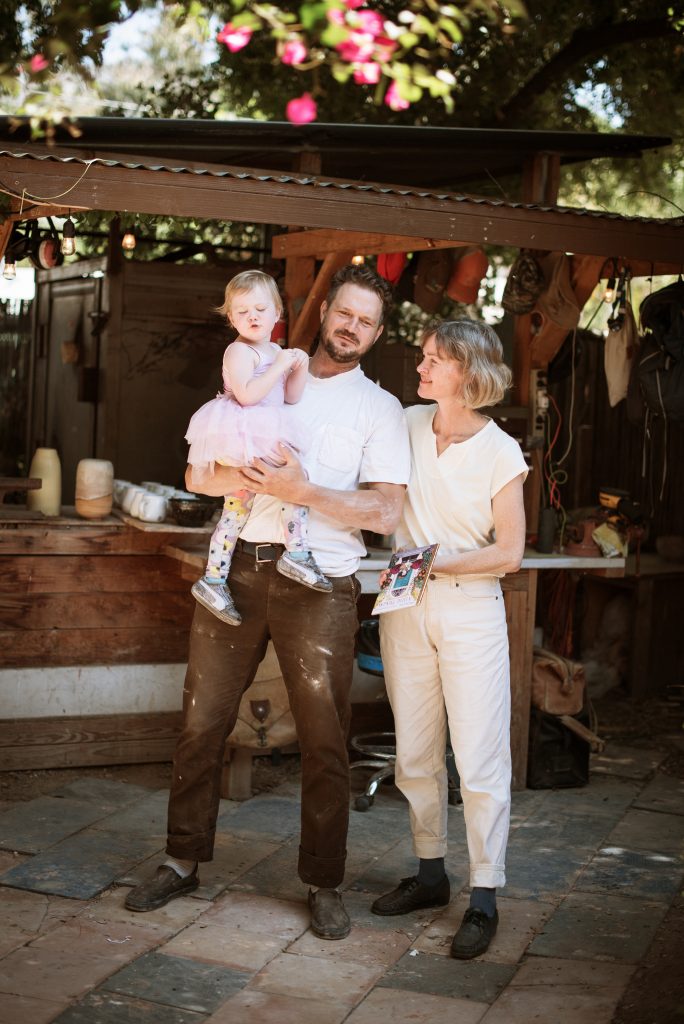 Mark Churchill has been making pottery for more than 25 years. Inspired by traditional Japanese and Korean craftsmanship, his collections feature handmade dinnerware, mugs, vessels, and sculptures. “I make everything, but creating really practical pieces is important because my life is very much based on function,” Mark said. “Those are the things that matter.” Drawn to pieces that have a quiet, uncomplicated presence, Mark has a unique style that mixes a Mid-Century/Scandinavian feel with more traditional Asian influences.

Each of his firings is completely unique; the subtle differences in every piece are regarded not as imperfections, but proof of life. Mark strives to create work that is soulful. He uses materials for clay and glazes that echo the natural world, sourced from local mountains and ranches in Ojai, California, where he lives nearby with his wife Rebekah Miles, also a ceramic artist, and their baby girl.

After taking to ceramics in high school, Mark continued to study with local Ojai master ceramist, Frank Massarella. “My mother is an artist and everyone in my family makes things with their hands, so I tested out of school and left to apprentice Frank.” 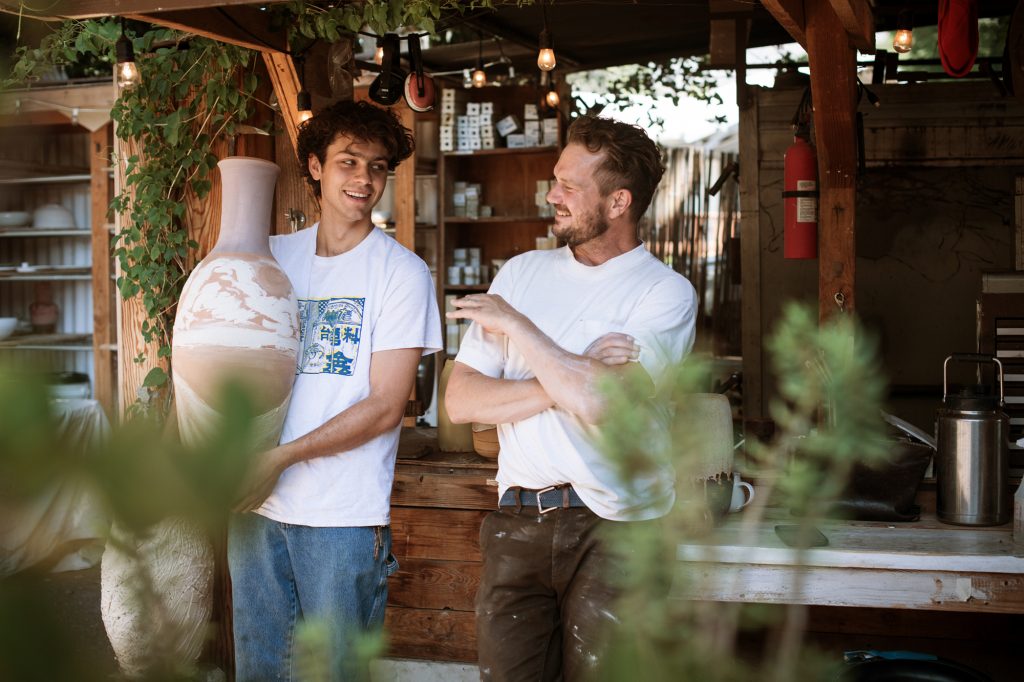 For Mark, being part of a pottery lineage is important; he’s had the same apprentice for the last five years, Kiren Sahgal. Mark added, “My theory is that I will certainly die with a minimum of 5,000 things left unmade. That’s why we have apprentices: Because one, hopefully they will be better than you, and two, some part of what you teach them will keep going by passing along this vast amount of knowledge as a legacy. Of course, it changes its manifestation and incarnation, but if you put Frank’s work, my work, and Kiren’s work all next to each other, anyone could see that they are all related and connected.” 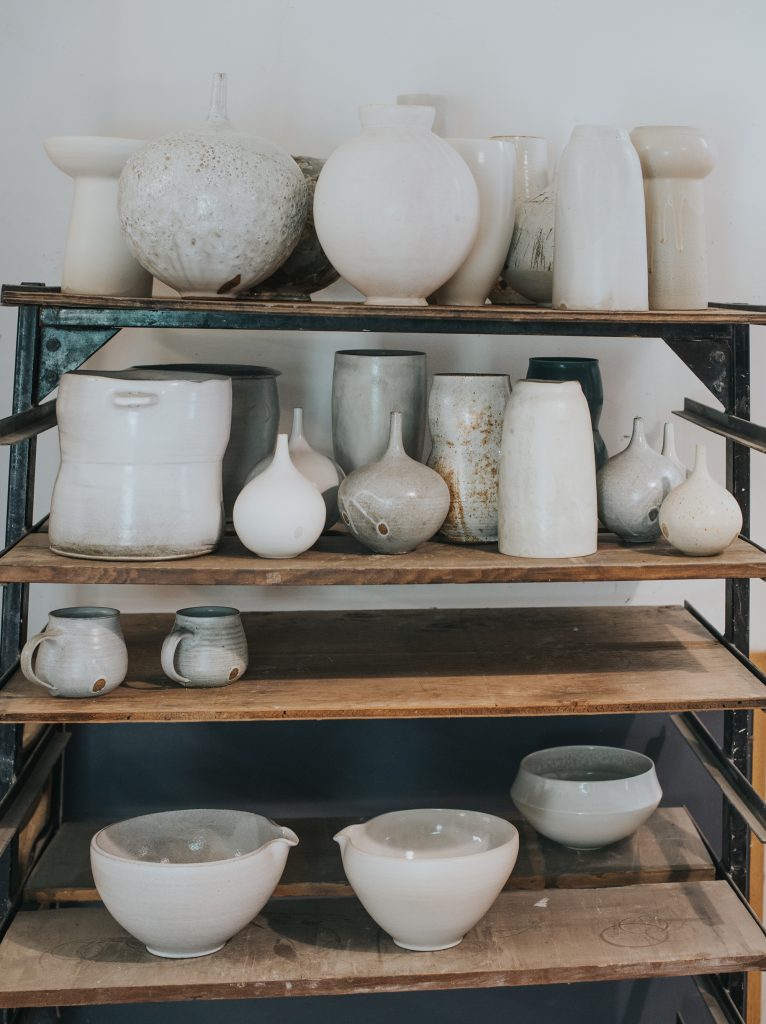 Southern Californian ceramics was put on the map with the help of acclaimed master ceramists Beatrice Wood, and Otto and Vivika Heino. These particular artists also famously made Ojai their home. When Otto Heino died, Mark was brought in as an expert by The Thacher School to facilitate the difficult job of moving and dismantling his heavy and fragile kilns.

“I was lucky enough to be given one of Otto’s kilns, which was incredible because I had known him since I began on my own ceramic path,” Mark said. “I was Frank’s apprentice, but Otto was always so helpful and generous with me. There are certain things that I learned from him that I use to this day.” On a lighter note, he jokes, “Having that kiln also allowed me to use the greatest pick-up line a potter could ask for when I was courting my wife, Rebekah. ‘I’ve got my own kiln if you ever need me to fire anything for you!’ It worked like a charm.”

Feeling lucky to have (as Mark puts it) the most magical set up of all time, Mark credits his obsession and compulsion as his driving force. “It’s me watching stuff go around in circles most of the time, and my nemesis is that hammock over there.” (He pointed to a cozy hammock hanging in the yard nearby.) “It’s all I do and all I think about. At this point, my brain chemistry is such that if I don’t sit down and throw, it’s very easy to tell that something is off with me.” 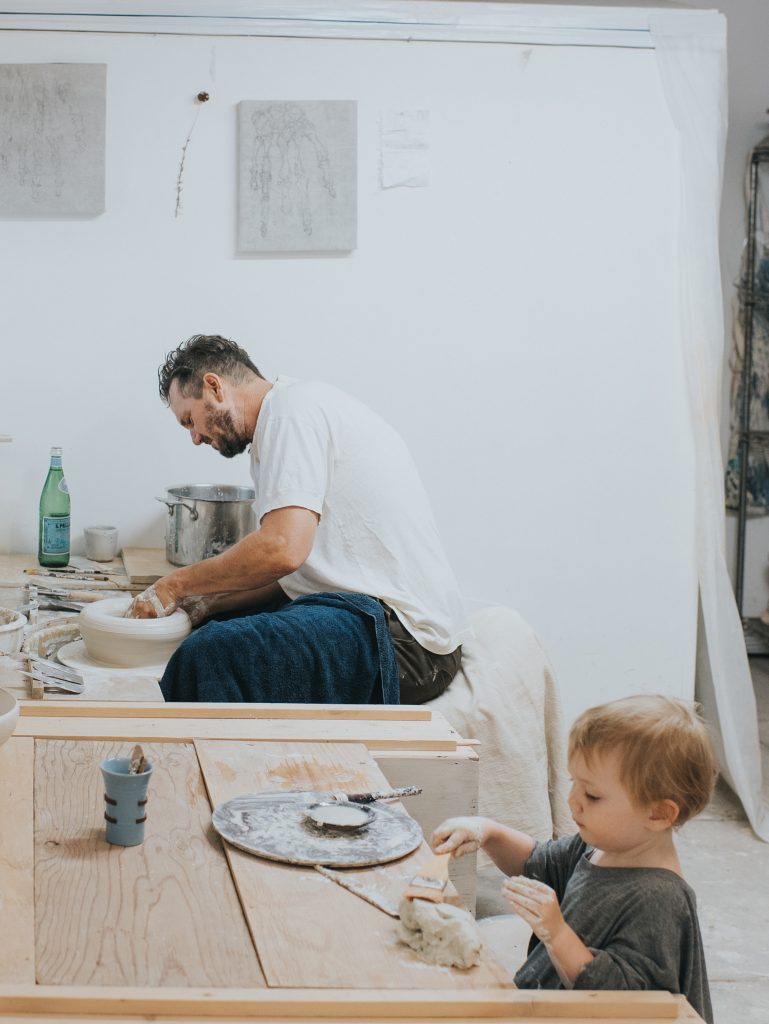 Mark’s daughter Inez gets busy with some clay.

Part of the original ceramic process is to access materials from the natural world. In California we have red terra cotta, which contains iron that melts at a very low temperature. Adding elements such as ash and sand, which have a higher melting temperature, is how the development of high-fired stoneware and porcelain originated. Mark elaborated, “Back in time, someone probably got a kiln too hot and the ash, which was a byproduct of a wood they were using, settled on the pots and melted into a glaze. They were probably like ‘OH MY GOD,’ and from there it’s just caveman chemistry. It’s all very basic, really. The ash comes from our trees at the ranch and is often a result of my family sitting around a fire pit, talking.” 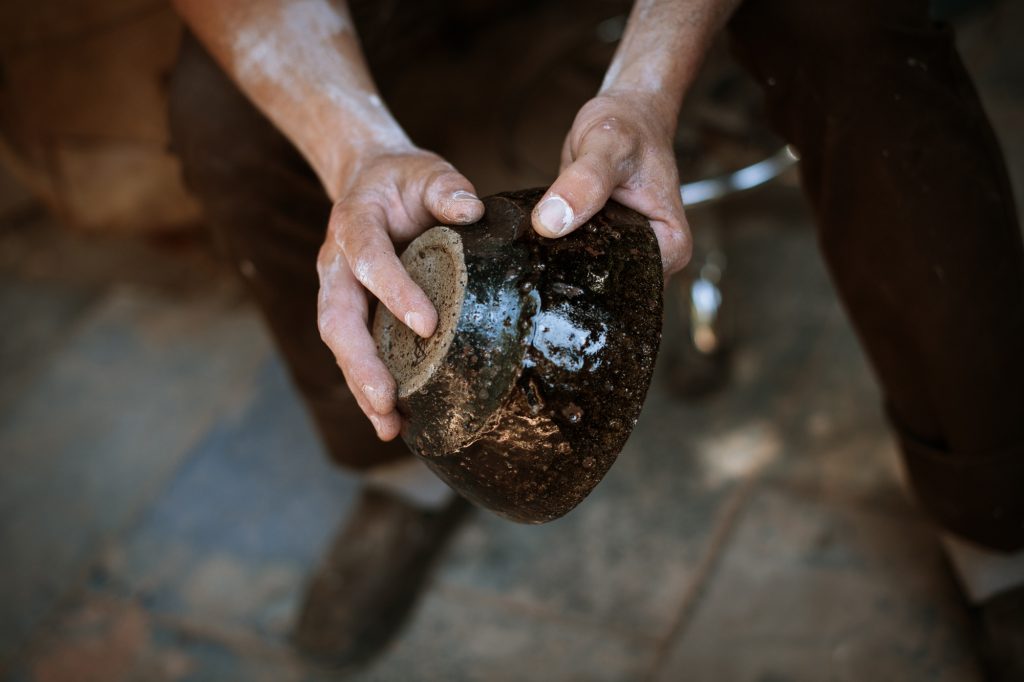 Most of Mark’s pieces survived the 2017 Thomas Fire, inspiring him to go forward making only pieces that have a timeless quality, as this type of artwork stays put once it’s fired. Mark added, “Aside from bronze sculptures, high fired ceramics, particularly porcelain, are the things that would withstand the world ending! Because of this, I am really cautious and extra hard on myself as to what goes out into the world.”

Mark also spends time teaching ceramics at The Clay School in Ojai, finding it inspiring watching his students take up this art form for the first time. “When I was young, pottery was not cool. I would have had a very different life growing up nowadays, where pottery is cool and marijuana is legal,” he joked. 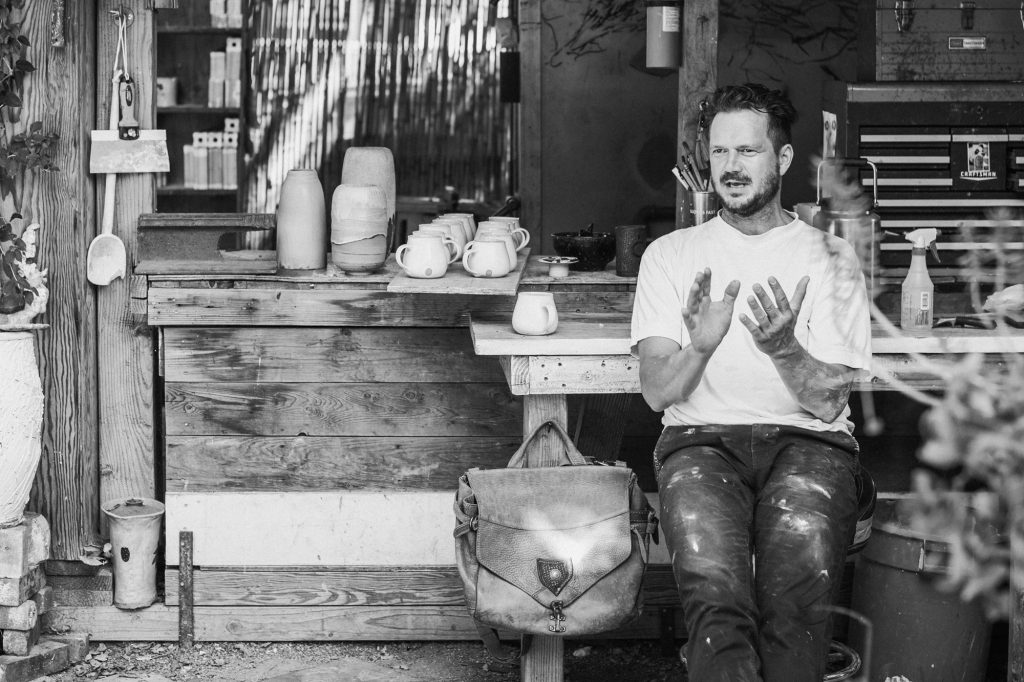 Mark sitting in his studio explaing his art.

These days, Mark’s work is found at Ojai’s highly curated lifestyle store, In the Field, as well as in other stores worldwide that share his aesthetic and quest for elevated, thoughtful design. He will also be showing his sculptures in Ojai’s The Basic Premise Gallery in early 2020.

For updates and more, see markchurchillceramics.com.