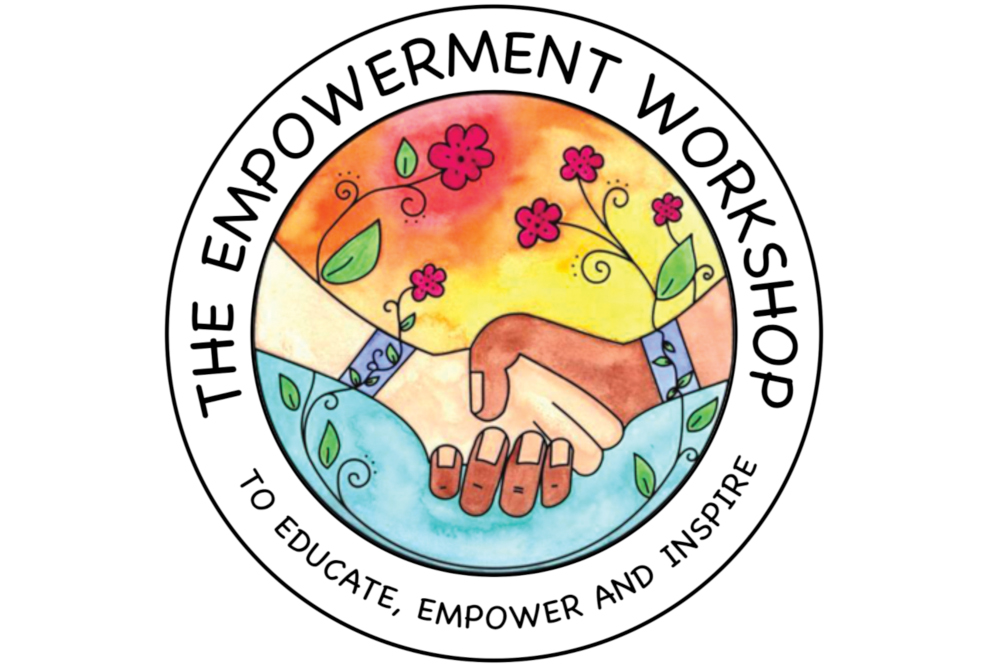 Can we all just stop for a minute and remember how hard it was to be a teenager? Changing bodies, social issues, doing well in school, emotions, and OMG hormones — it was a lot. And in the last couple of decades, it’s only gotten harder on teens. We know this anecdotally and scientifically; according to the National Institute of Mental Health, almost 40 percent of kids 13 to 18 have had an anxiety disorder. In 2017, their studies found 3 million kids ages 12 to 17 had at least one major depressive episode in the last year alone. And the CDC lists suicide as the second leading cause of death for people ages 10 to 34. 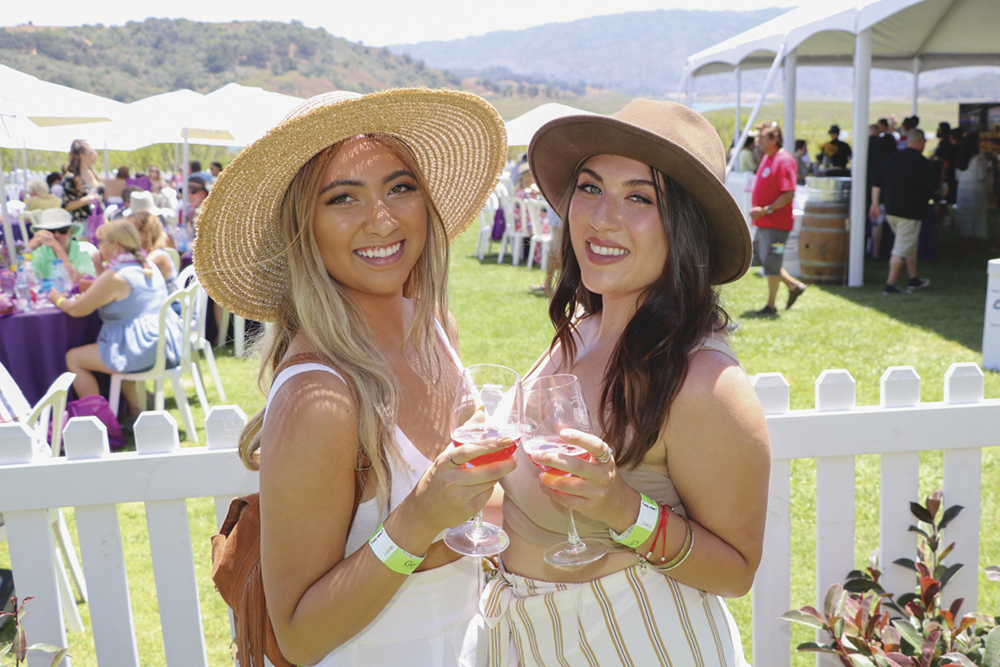 The second weekend in June might just be the best Ojai has to offer. It’s all about culture and community in some of the valley’s best venues: the Ojai Music Festival at Libbey Bowl, and the Ojai Wine Festival at Lake Casitas. Sure, you’ll have a blast at both; but you’ll also be contributing to organizations that directly benefit residents throughout the year with programs for kids (and adults, too). So open your ears, and a bottle or two, and soak up these late spring events. We promise the traffic will be worth it. 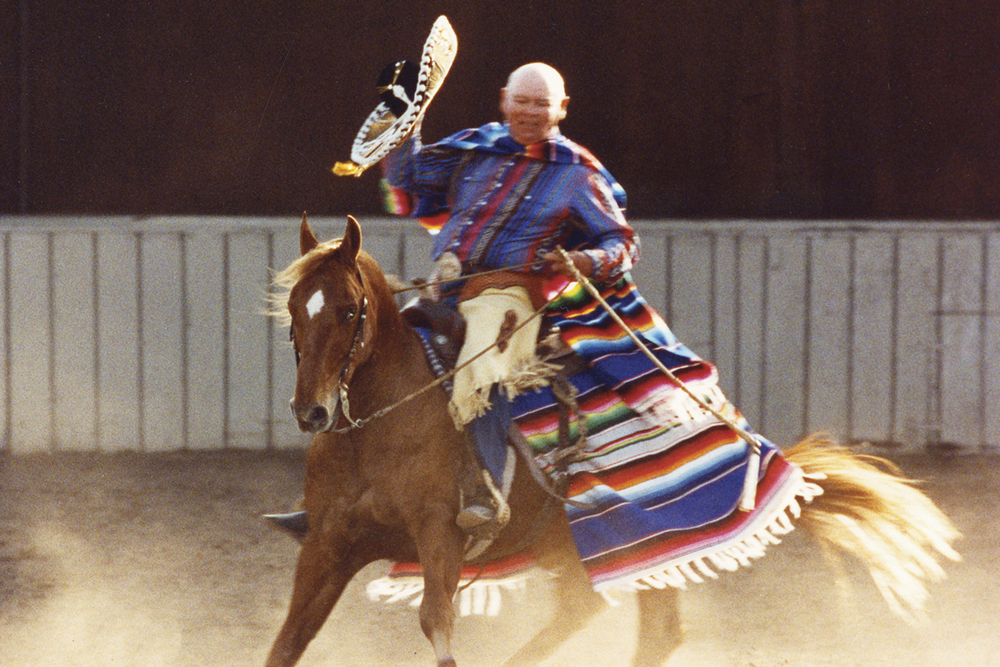 I grew up not really knowing most street names in Ojai. You either went through town, or “the back way.” I couldn’t have told you the streets in the Arbolada, but before I was 10, I knew that if you hung a left at that little triangle junction and then a right by the cemetery, you could shave three whole minutes off your trip to Meiners Oaks. Once I finally started noticing street names (probably around the time I got my license), I began to wonder who they were named after. Some of them I knew — like Libbey, and Thacher. But what about Tico, and Arnaz, and Santa Ana? 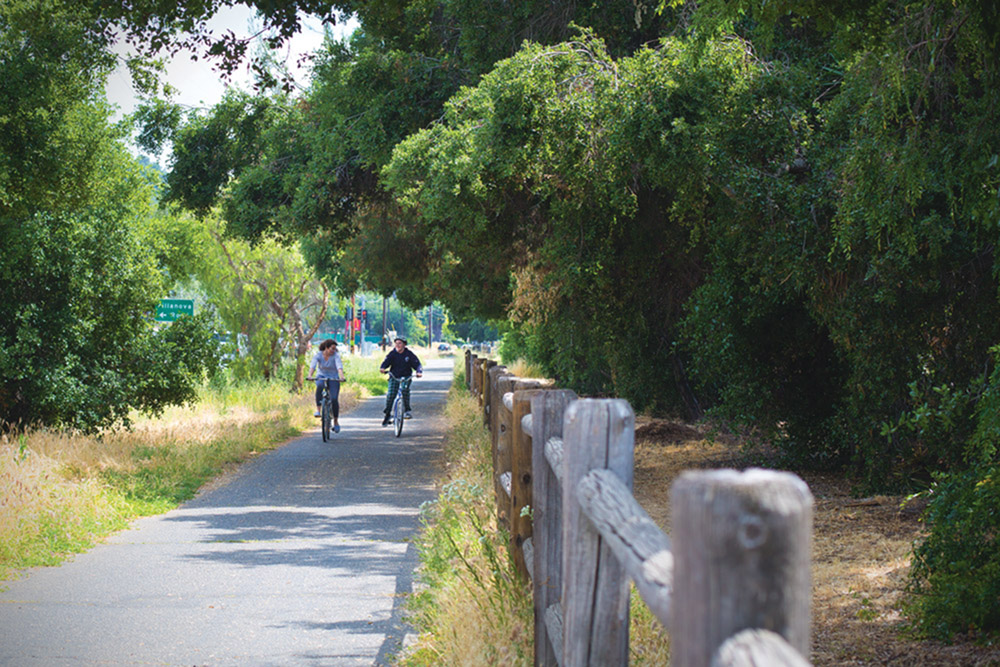 Want a good bike ride with a beachy reward at the end? Just hop on the Ojai Valley Trail. Known more commonly by its nickname, “The Bike Trail” is a paved trail that runs 9 miles from Soule Park Golf Course all the way to west Ventura. It connects to the Ventura River Trail, which runs a few more miles and ends just a few blocks from the beach. 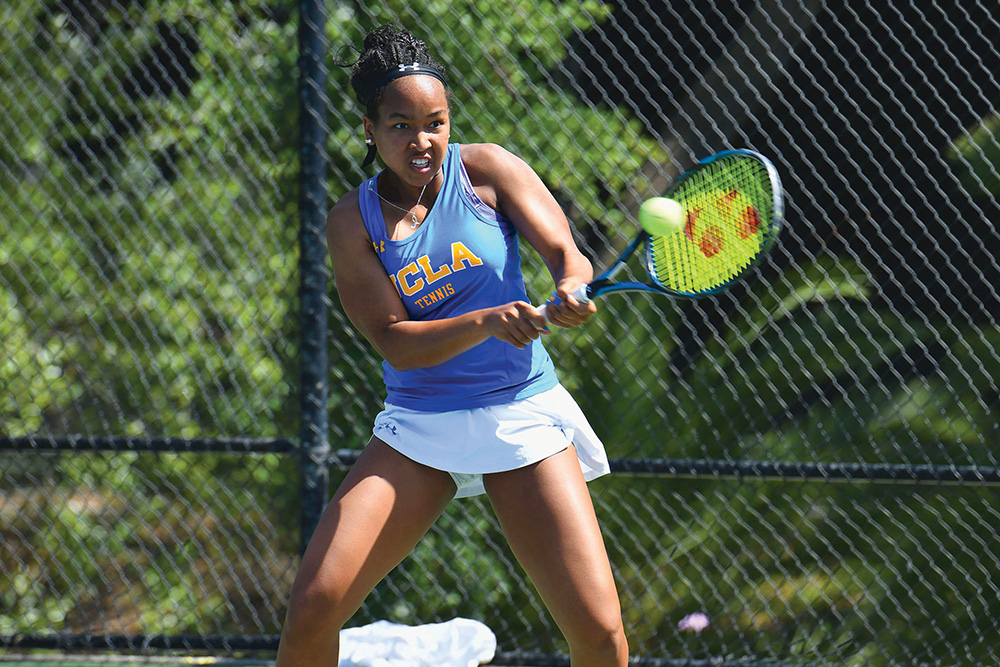 This time of year, you might hear people around town talking about “The Ojai.”
“Are you going to The Ojai?”
“Where else would I be on the last Sunday in April?”
“Great! See you at the tea tent!”

For the uninitiated, we’re talking about The Ojai Tennis Tournament, and it’s kind of a big deal. A big deal historically (this is its 119th year) and logistically — more than 100 courts, public and private, are used in Ojai and around western Ventura County.